"I guess it might be a gain for OnlyFans," said commentator Kurt Bardella, which was met with laughter from host Joy Reid. 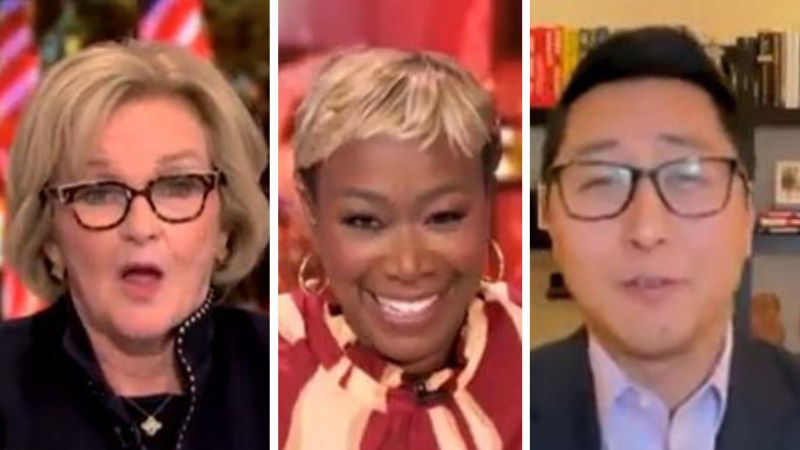 During an interview on MSNBC, commentator Kurt Bardella was asked what job he envisioned Lauren Boebert doing if she loses her bid for reelection to congress.

"I guess it might be a gain for OnlyFans," was his response, which was met with laughter from host Joy Reid.


Boebert is currently neck and neck with Democrat challenger Adam Frisch, with fewer than 100 votes separating the two candidates.

Wajahat Ali, another left-wing commentator who has in fact spent years calling out misogyny, signaled his approval of the sexist quip in a now-deleted tweet shared on Twitter by Andy Ngo.

"Banal left-wing commentator Wajahat Ali has talked for years about misogyny but celebrates a sexist statement against a Republican congresswoman by a Democrat strategist. @kurtbardella said Rep. Boebert should go into sex work if she loses reelection," tweeted Ngo.

Ali had previously made attempts to pretend to care about sexism and misogyny, in which he calls out Donald Trump Jr for not commenting on his father’s "sexist and misogynistic attitudes towards women" and applauds Biden for calling out Trump’s misogyny and attacks on Kamala Harris.

Ali even went so far as to suggest the American political system has a problem with misogyny and double standards, and given yesterday’s performance, it would be difficult to argue with that.

Sexism is bad, unless the woman being targeted is a Republican, and sex work is work worthy of respect, unless it’s the idea of a Republican woman doing it and then its laughable and deserving of scorn is the message that was delivered by left-wing political commentators Wednesday.
ADVERTISEMENT
ADVERTISEMENT
msnbc boebert comment