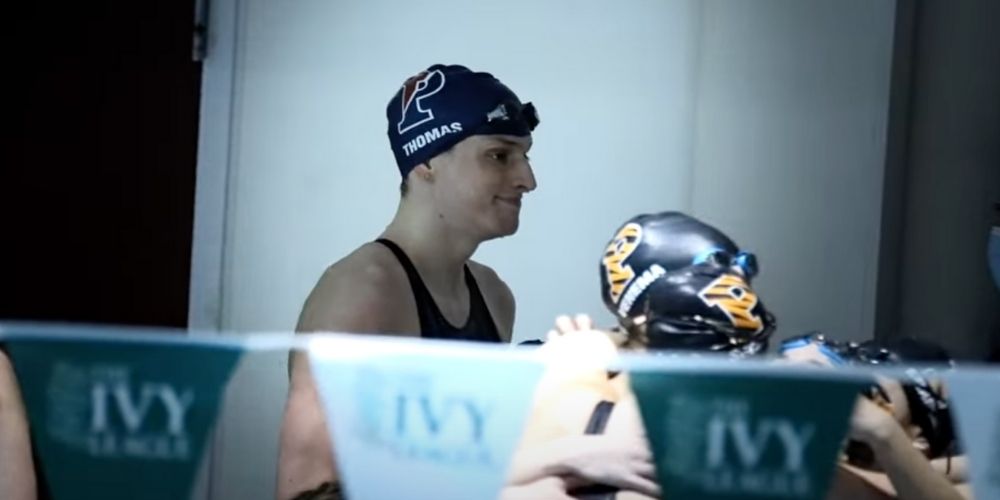 An Ivy League swimmer's mother recently spoke out in regards to University of Pennsylvania swimmer Lia Thomas, who is a biological male, and why female athlete have been too "frightened" to raise concerns about their competitor.

The mother told the Independent Women's Forum that the league's schools urged their female swimmers to not speak to the press regarding Thomas.

"When their news started asking questions, the schools in each case across the Ivy League, pulled their swimmers aside and said, 'you're not allowed to talk about this,'" the NCAA swimmer's mother said.

The video released by the Independent Women's Forum featuring this anonymous mother comes just days before the NCAA championship, where Thomas is considered a leading contender in three freestyle events.

Thomas' ability to compete in the championship was in jeopardy last month after USA Swimming, the National Governing Body for the sport of swimming in the United States, changed their rules regarding transgender athletes, and how long they must wait after transitioning to compete.

The mother said she became aware of Thomas early in this year's season after seeing her place in a number of races.

"So the first time I heard about Leah Thomas, I was just glancing through the results of some of the early dual meets in the season and I thought, who is Leah Thomas? Why don't I know this name?" she said.

"The idea that there was an Ivy League swimmer that was capable of going 1:46 in the 200 free in a practice suit in a dual meet was shocking, because that would have been someone I would have — that would have been on the radar. Then all of a sudden, you know, it wasn't just a couple people in the Ivy League whispering, 'Do you know what's going on with Leah Thomas?' It was national attention," she continued.

In regards to the national media attention, she said: "Holy cow, we're going to talk about a male swimmer — a full grown male — attempting to take down female icon records, and taking a spot on an Ivy team from one of the Penn swimmers, who have rightfully deserved it. And we're talking about, this person's gonna swim on every relay going forward at championship meets, is going to take the position of a woman on a travel team, is going to take a space in every finals."

The mother said that swimmers initially expected university officials to step in, but instead they issued policies backing Thomas' ability to compete with biological females.

"At the start of the season, the girls thought that 'Of course this isn't right.' They thought that the universities would recognize that there was a problem and that they shouldn't have to be competing against a male, full grown male, in order to win races or have opportunities. As the year went on, it became clear that they weren't going to change anything," she said.

She continued on to state that she was making the comments anonymously as to not jeopardize her daughter's swimming career and school life.

"I don't want my daughter to have any repercussions based upon my desire to speak out for sex-based rights and representation for women. She deserves to have a college experience unmarred by this issue, and she deserves to have the time and ability to process what's going on with her in her own way," she said.

She continued on to say that it's "really hard" to see young women struggle who have worked since a young age, sacrificing vacations and free time to work towards qualifying in college. The mother noted that not long ago "women just did not have the opportunity to even participate in sports in high school or college level athletics," referring to the time before Title IX, which was passed in 1972.

"Once a male body has gone through male puberty, then men have a larger heart, they have larger lungs, they deliver more oxygen to their muscles. We are just two totally different members of the same species. There is a clear divide between men and women," the mother said. "If you advocate for just an elimination of sex-based sports, there will be no women competing. There will be no representation of women's achievements and capabilities in sport," the parent warned.

The mother continued on to say that society must be able to "recognize what is a woman," and that "we're headed down a path here where our biological differences from men are going to be swept under a rug."

"At the end of the day, I hope that the IOC, the NCAA, and governing bodies of sport all recognize that women are women. We can't shrug off our sex. Men are men, they can't shrug off their sex, and women's sports is protected for females," she concluded.