Neera Tanden has pulled her name from consideration after she was nominated by President Joe Biden to serve as the leader of the Office of Management and Budget. 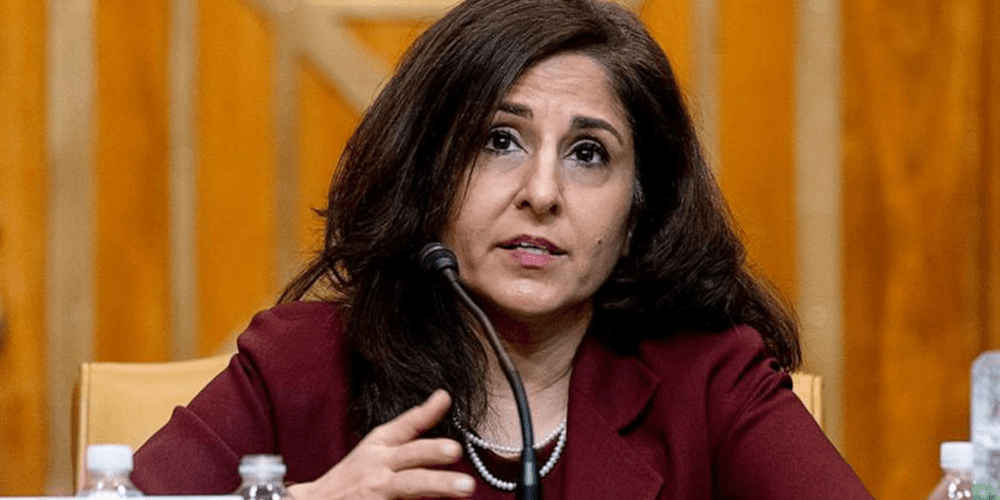 Neera Tanden has pulled her name from consideration after she was nominated by President Joe Biden to serve as the leader of the Office of Management and Budget.

In a statement released by the administration, President Biden said that he accepted her decision, noting that he looks “forward to having her serve in a role in my Administration.”

“I have accepted Neera Tanden’s request to withdraw her name from nomination for Director of the Office of Management and budget. I have the utmost respect for her record of accomplishment, her experience and her counsel, and I lok forward to having her serve in a role in my Administration. She will bring valuable perspective and insight to our work,” he said.

The former Clinton campaign aide and president of the progressive think tank Center for American Progress faced strong criticism during her confirmation process over her incendiary and often mean-spirited comments about members of the Republican party and Trump administration officials. She also perpetuated now debunked claims of the Russian election interference hoax popularized by supporters of the Democrat party.

In a letter to Biden, Tanden described her nomination as an “honor of a lifetime” to be put into consideration for the role the President offered her.

Numerous senators including Sen. Joe Manchin of West Virginia said they would oppose her confirmation, pointing to her past behavior on social media. She also lost the support of Republican Sens. Susan Collins and Mitt Romney.

Without Manchin’s support, Tanden would have needed the support of a Republican senator to vote in her favor as Democrats narrowly control the majority in a 50-50 Senate with Vice President Kamala Harris being able to cast a tiebreaker vote.

Pressed on her past conduct on social media before the Senate Homeland Security Committee, Tanden expressed regret over her tweets and apologized for inflammatory remarks she directed at Republicans. Sen. Bernie Sanders chided her at the Budget Committee for “vicious attacks made against progressives.”

Tanden deleted over 1,000 tweets in the days leading up to her confirmation hearing, but most of them were saved by members of the media.