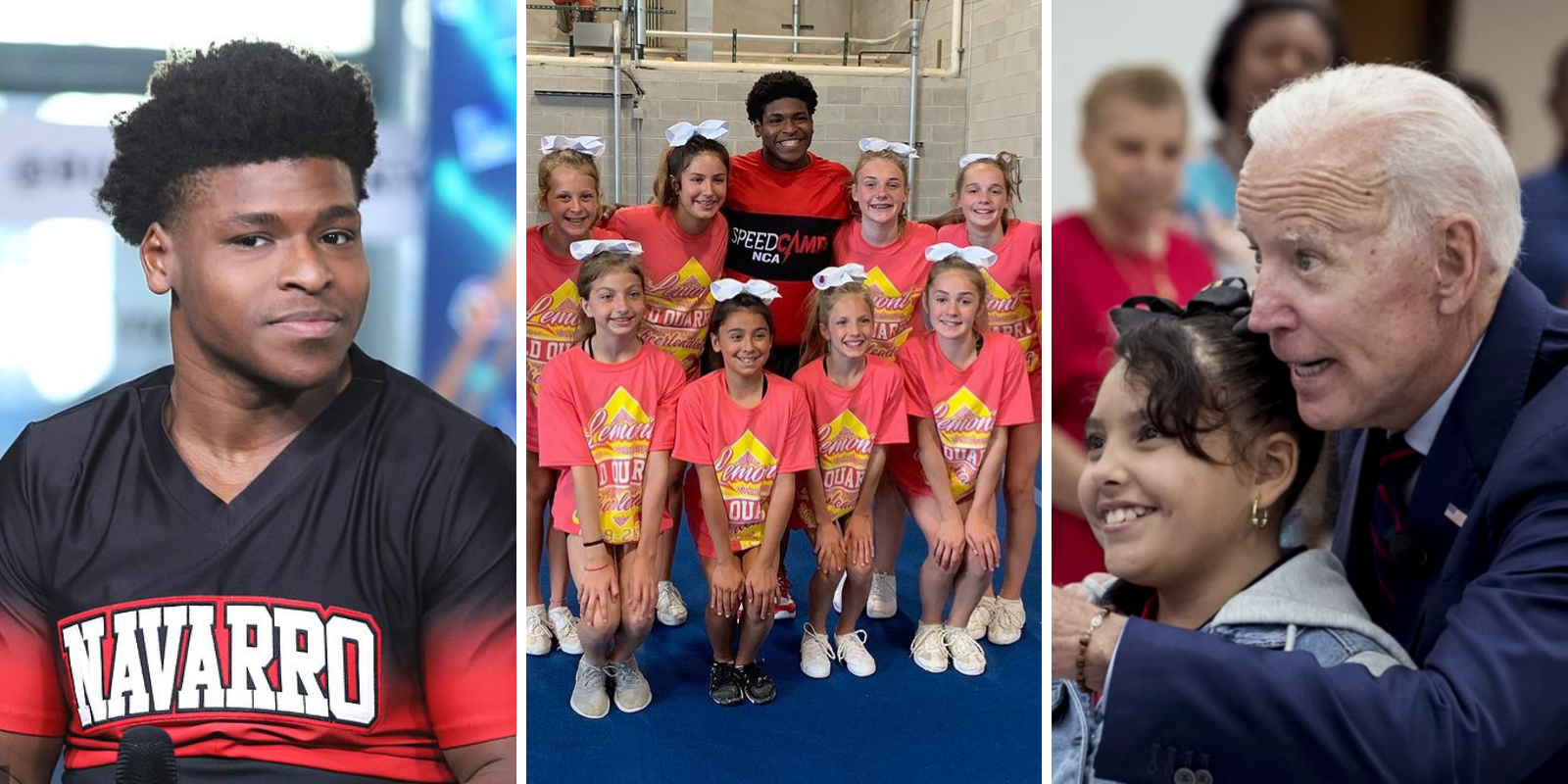 Harris has not been criminally charged. Agents executed a search warrant, raiding the suspect's home in Naperville, Illinois, on Monday afternoon.

Allegations were reported to police by Varsity, a private uniform sales and competition-hosting company that spearheads the cheerleading industry.

"As a result of the recent allegation, we have barred this person from having any affiliation with Varsity Brands or any of its subsidiaries or affiliates, now and in the future," Brillhart wrote.

The Varsity head included two screenshots in his communication. The first was a Snapchat message with a picture of what appears to be the upper part of Harris' face with the caption, "Would you ever want to f***." The other was a series of text exchanges that began on May 3 of last year when an individual named "jerry harris" wrote: "Hey btw I found a place for us to do stuff it’s actually pretty good haha."

The letters went on to describe Harris as a former employee who was not working for Varsity at the time of the incidents. However, in May 2019, Harris posted on social media that he was working for the National Cheerleaders Association, a Varsity brand. That summer, he posted photographic and video evidence of himself coaching athletes at NCA camps.

"I hope y'all are ready because we are," Harris captioned a NCA staff meeting photo in Dallas, Texas. He added, #letthesummerfunbegin with a smiling devil emoji.

In June, Harris filmed a video on his Instagram with Democratic presidential nominee Joe Biden, encouraging young black voters to show up on Election Day.

"Together we have the power to make a real change!" Harris told his 1.2 million followers.

The 21-year-old celebrity cheerleader gained national attention when he was featured in Netflix’s six-time Emmy award-winning "Cheer" docuseries which follows Texas' Navarro College cheerleaders in their quest for a national title. Harris became the show's breakout star, attracting fans for his positive attitude and eccentric personality as the Illinois native encouraged teammates from the sidelines.