This is the Netherlands first government imposed curfew since World War II. The Dutch are prohibited from leaving their homes between the hours of 9:30 pm and 4:30 am. 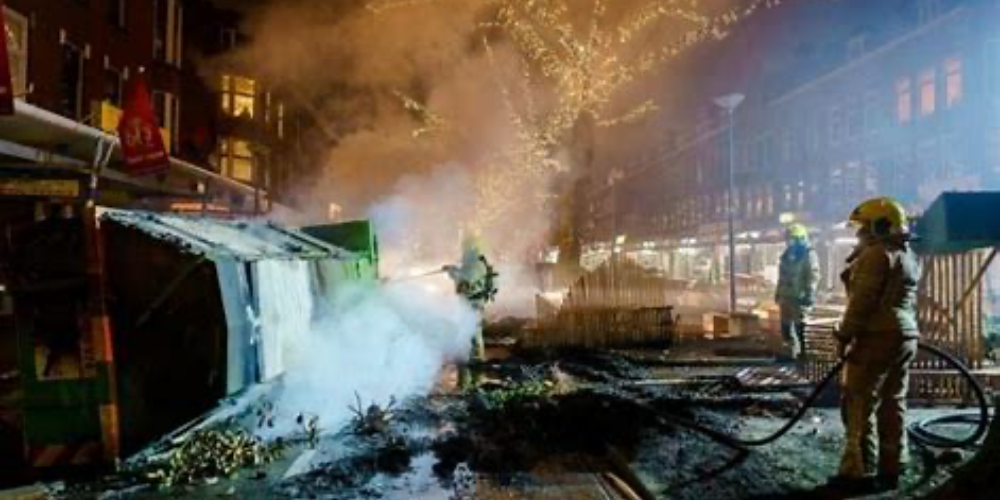 Police are warning that the Netherlands could see weeks of violence if the government doesn't walk back the COVID-inspired curfew, as the country is seeing its worst riots in 40 years, according to The Times.

This is the Netherlands first government imposed curfew since World War II. The Dutch are prohibited from leaving their homes between the hours of 9:30 pm and 4:30 am. These rules have been in effect since early December and are expected to last into February, according to France 24.

Over 240 arrests have been made so far as protestors rail against lockdown orders. Police have used teargas and water cannons to disperse the crowds of demonstrators. Dutch Prime Minister Mark Rutte called the riots "criminal violence" that "has nothing to do with fighting for freedom."

Rutte claimed that only one percent of Dutch people oppose lockdowns, adding "We are fighting against the virus to regain freedom," he said.

"We are not taking these measures for fun. It is the virus that is depriving us of our freedom," Rutte said. "It is intolerable. Any normal person can only become aware of this with horror. What has got into these people?"

Rioters attacked a testing centre and a hospital.

Police are concerned that the violence will last for weeks, after the violence first seen in Eindhoven and Amsterdam spread to other cities including the Hague, Tilburg, Venlo, Helmond, Breda, Arnhem, and Apeldoorn.

Hubert Bruls, the chairman of the national security council of cities and regions, describes the situation as terrible. "This is not a demonstration, I would call this corona hooliganism," he adds.

The Netherlands currently has 953,000 cases of COVID-19 and over 13,500 deaths. The curfew was implemented despite falling cases.