"Oncolytic viruses" replicate in cancer cells, rupture, and release antigens that can fight future present and future tumors. The first oncolytic virus, known as T-VEC, was engineered from the herpes simplex virus. 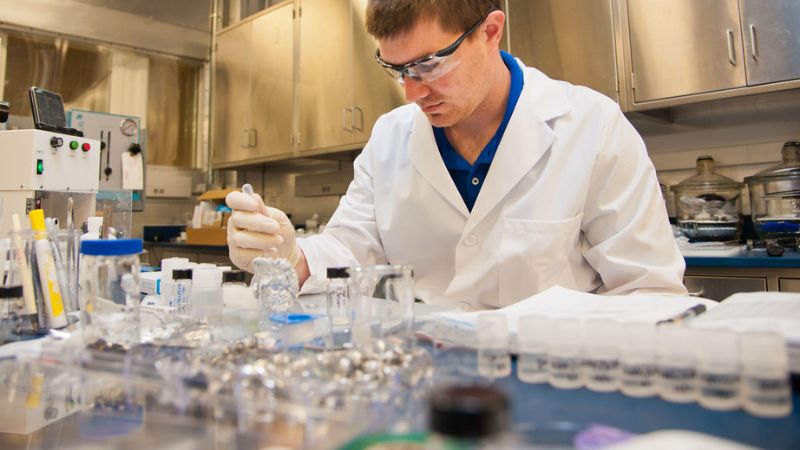 According to Medical News Today, "oncolytic viruses" replicate in cancer cells, rupture, and release antigens that can fight future present and future tumors. The first oncolytic virus, known as T-VEC, was engineered from the herpes simplex virus.

As WebMD explains, the herpes simplex virus breaks down into two strands, type-1 and type-2. While type-1 is commonly called oral herpes and type-2 genital herpes, both can create blistering and explosive pustules in the mouth and groin areas.

When the oncolytic virus bursts inside a cancer cell, the released antigens and proteins are seen as foreign by the human body. The immune system then reacts and attacks cancer cells.

The first trials were done in 2015 and T-VEC proved a successful weapon against melanoma.

Scientists are experimenting on other types of viruses beyond herpes to increase and change their traditional function, such as pox viruses.

Vaxinia is another oncolytic virus that scientists created out of smallpox and it's designed to fight any cancer. Phase 1 trials began in June 2022.

"There are really two phases with the oncolytic virotherapy. The first phase is the virus infecting and killing cancer cells. But that’s just the first phase. If that’s the only thing that happens, you can never kill the cancer cells and they’ll always come back," according to the Director of the Biodesign Center for Immunotherapy, Vaccines, and Virotherapy at Arizona State University, Dr. Grant McFadden.

"The second phase is the immune system responding to the virus infection of the tumor cells. And the goal is to have the immune system see not only the virus, but also what we call tumor antigens that have been exposed by the virus replication in the tumor cell. But when both things happen, the potential for long-term regression of the cancer exists even after the virus has been cleared by the immune response. So it’s that that second immune phase is highly critical to long-term tumor aggression," Dr. McFadden added.

Professor Kevin Harrington, professor of biological cancer therapies at The Institute of Cancer Research, London, said, "There’s no question that, to my mind, the virus strain that has the strongest credentials for use in epithelial tumors, is the herpes virus platform. The virus infects epithelial tissues extremely effectively, it is easily genetically manipulable. It has a relatively large capacity for carrying genes that you want to put into the virus, so is a good vector vehicle for those genes."

Scientists have agreed that these genetically modified viruses have shown promise in fighting cancer and that they are researching other drugs to treat the herpes if it spreads to other parts of the body.
ADVERTISEMENT
ADVERTISEMENT
Herpes