According to his campaign, Zeldin recognizes the political reality that abortion will remain legal in the New York and acknowledged that the state's legislature would never approve a measure to make abortion illegal. 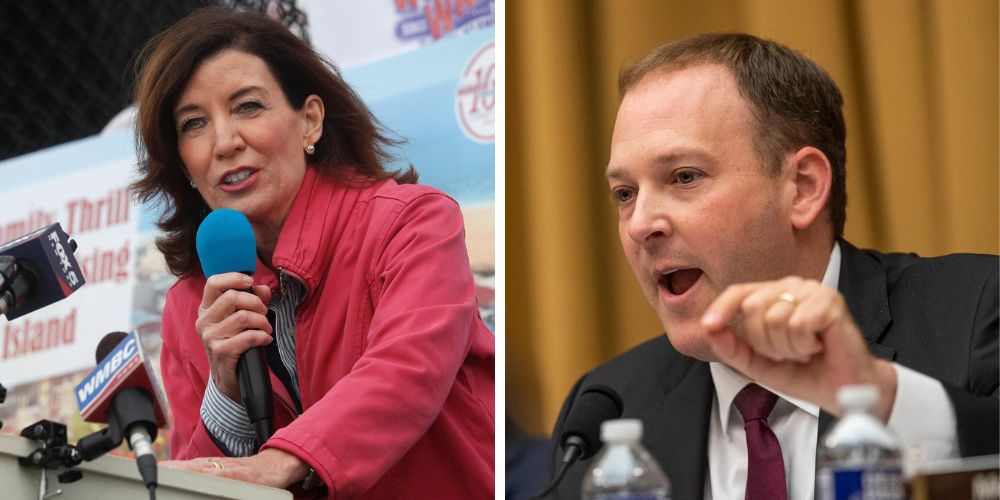 However, Zeldin made no such pledge. According to his campaign, Zeldin recognizes the political reality that abortion will remain legal in the state and acknowledged that the New York Legislature would never approve a measure to make abortion illegal.

Zeldin spokeswoman Katie Vincentz told the Buffalo News, "We do not expect the Democratic majorities in either house to send to a Gov. Zeldin a bill to change the laws in New York."

Zeldin has been consistent in his stance on the issue since the draft opinion of the Supreme Court decision leaked in the Spring.

Yet, Hochul continues to spread the false claim not only to select audiences in Manhattan, but also across the state in her television campaign ads.

Hochul’s campaign also stated that "If elected, Lee Zeldin would put women in harm’s way, banning abortion without exceptions for rape, incest," and claimed that Zeldin answered "yes" on a Long Island Coalition for Life questionnaire which asked, "Would you vote for legislation to protect innocent human life from conception to natural death?"

Vincentz said Wednesday that Zeldin “does believe in exceptions for rape, incest, and life of the mother,” and that "he has not made it a pillar of his campaign."

Hochul is likely focusing on the issue due to recent polling by Siena College that showed New Yorkers opposed the Dobbs v. Jackson decision that overturned Roe v. Wade 67 percent to 27 percent.

Additionally, 72 percent of New Yorkers felt abortion should be always legal or mostly legal, compared to the 21 percent who said it should be mostly or always illegal.

Hochul announced on Wednesday that New York is distributing an additional $13.4 million for more access to abortion services in the state from the recently created Abortion Provider Support Fund.

Hochul’s slim 1.9 percent lead is within the poll’s margin of error.