"We have a growing concern for the potentially stigmatizing effects that the messaging around the 'monkeypox' virus can have on vulnerable communities," Vasan said. 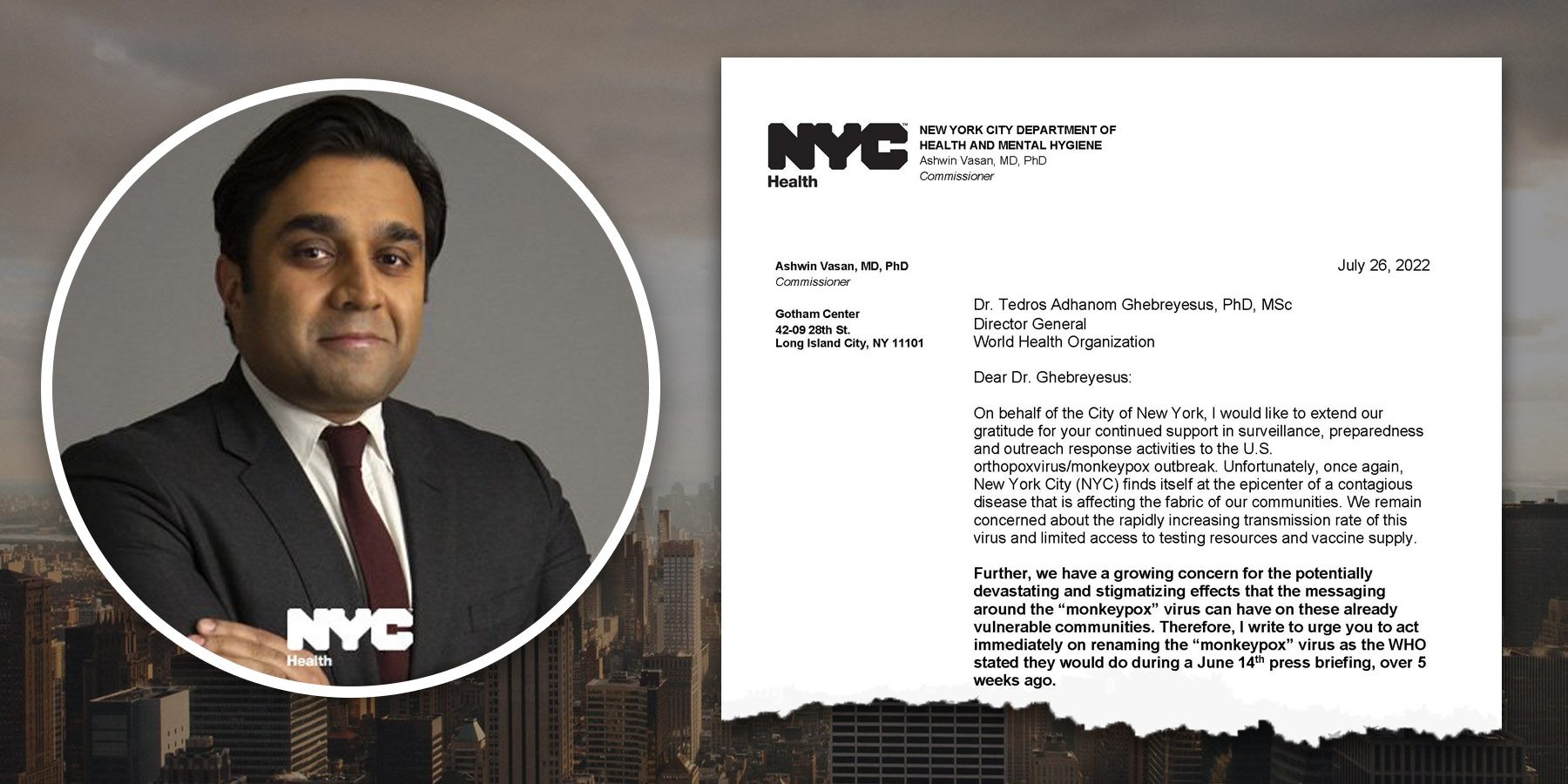 Ashwin Vasan, the 44th Commissioner of the New York City Department of Health & Mental Hygiene, wrote a letter to the World Health Organization demanding that the monkeypox virus be immediately renamed, citing "racism" as the primary reason.

"We're calling on @WHO to act immediately to rename the 'monkeypox' virus. We have a growing concern for the potentially stigmatizing effects that the messaging around the 'monkeypox' virus can have on vulnerable communities," Vasan said in a tweet on Tuesday with the letter attached.

"NYC joins many public health experts and community leaders who have expressed their serious concern about continuing to exclusively use the term 'monkeypox' given the stigma it may engender, and the painful and racist history within which terminology like this is rooted for communities of color," the letter reads.

Vasan states that the continued use of the term "monkeypox" would reignite "traumatic feelings of racism and stigma" for "Black people and other people of color, as well as members of the LGBTQIA+ communities."

Commissioner Vasan's tweet was met with heavy criticism from commenters. "Not once did I make a connection between monkeypox and any racial community until I read the above letter," wrote Katherine Brodsky in response to Vasan's tweet.

Vasan ended his letter with an urgent plea, "The WHO must act in this moment before it is too late." This comes after the World Health Organization already announced two weeks prior that it would be renaming monkeypox over concerns of racism and stigma that surround the virus.

WHO director Tedros Adhanom Ghebreyesus said on July 12 that the WHO is "working with partners and experts from around the world on changing the name of monkeypox virus, its clades and the disease it causes."