Just hours after downing shots and filming herself on Facebook Live saying "f*ck the police," Jessica Beauvais struck and killed an NYPD officer. 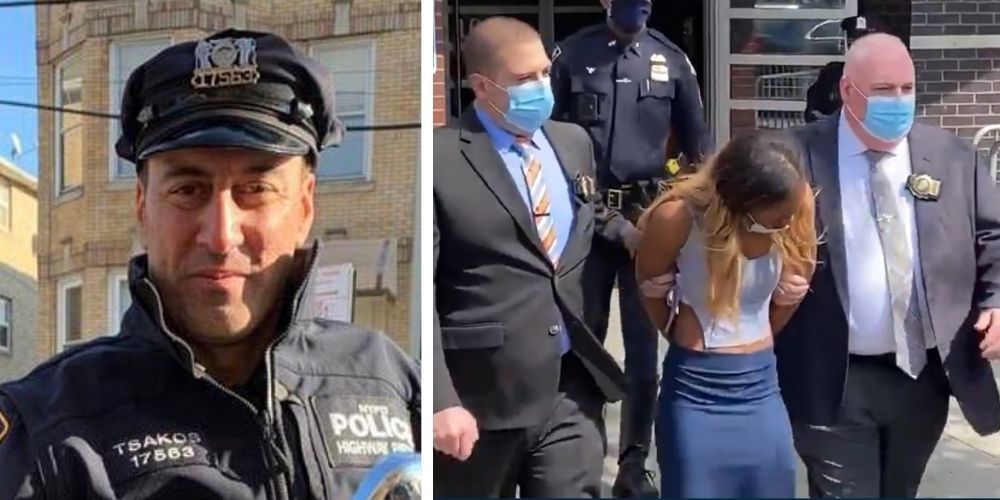 A nearly 2 hour live stream was posted to Beauvais' Facebook page as part of the Face the Reality radio show she appears on. During the stream, Beauvais slammed the justice system and police officers, and played the NWA song "F*ck Tha Police."

Beauvais begun her stream by talking about the Chauvin trial.

"This week we are going to talk about the ignorance that was the Derek Chauvin trial — or the ignorance that is essentially just is this f---ing justice system," said Beauvais. "Police say an oath and in that oath they say an oath that they are not supposed to be afraid of that position and that is literally in the rules."

She then equated officers signing up for the job to "signing up for potential death like in the army" and that it is "part of the job" that people "might try to f--ing kill you."

She also claimed that if ever faced with a fatal police encounter, she would not be the only victim.

"Like NWA say about the police – if you’re going to kill me, at least I get to take someone with me. I’m one of those people. If I’m going to go, someone is coming."

Beauvais also equated herself to the DC comic book character Harley Quinn, and stated that she thinks guns are pretty, and carries a knife everywhere.

"I'm for guns. I like guns. I like them - they're pretty... Maybe I'm a little Harley Quinn on the brain. I like weapons. I carry a knife with me everywhere I go. That shit is normally on my hip but I got this thing here so I can't do that," said Beauvais. "I like weapons, because you're not going to try me. I got tried once in my life when I was very young and I didn't know no better. B---h you're not going to try me again in my life as I fight n---as too."

Beauvais also voiced her support for capital punishment, saying "If you guilty, blow his head off."

According to the Daily Mail, "Throughout the video, Beauvais is seen vaping and drinking an unknown dark liquid from a plastic cup and, at one point, washes down the contents of a red shot glass with a bottle of Snapple. Police sources claim she later confessed to guzzling vodka before the deadly accident."

After signing off of her stream by saying "F-- the police," Beauvais got into her Volkswagen and drove down the Long Island Expressway where Anastasios Tsakos was redirecting traffic form a fatal car crash.

"Tsakos was in full reflective gear, next to a marked police car with flashing lights and a series of cones... Authorities say she blew a .15 BAC, nearly double the legal limit, more than two hours after the incident," according to ABC 7.

Beauvais struck Tsakos, reportedly sending him 100 feet into the air before he landed on a grassy area near the road. He was later pronounced dead at the hospital. He leaves behind a wife, a three-year-old son, and a six-year-old daughter.

"I did hear a thump, so I knew I hit something but I didn't see what it was." Said Beauvais, questioning why police had originally pulled her over.

I think that when you see the images of [Beauvais’] car and the windshield that is completely shattered, as well as damage to the front of the car, there is no way to not know that you struck an individual,” said NYPD Commissioner Dermot Shea.

While being arrested, Beauvais reportedly told cops, "F*ck you, I don't have to listen to you."

Footage of Beauvais being brought out of the 107th Precinct of the NYPD shows her tearfully saying "I'm sorry. I'm sorry that I hit him and that he's dead."

Beauvais faces up to 15 years of prison time along with 13 charges brought against including second degree manslaughter, second degree vehicular manslaughter and leaving the scene of an incident without reporting a death.