Reporting on allegations does not substantiate those allegations. The New York Times should already know this. Shame on them. 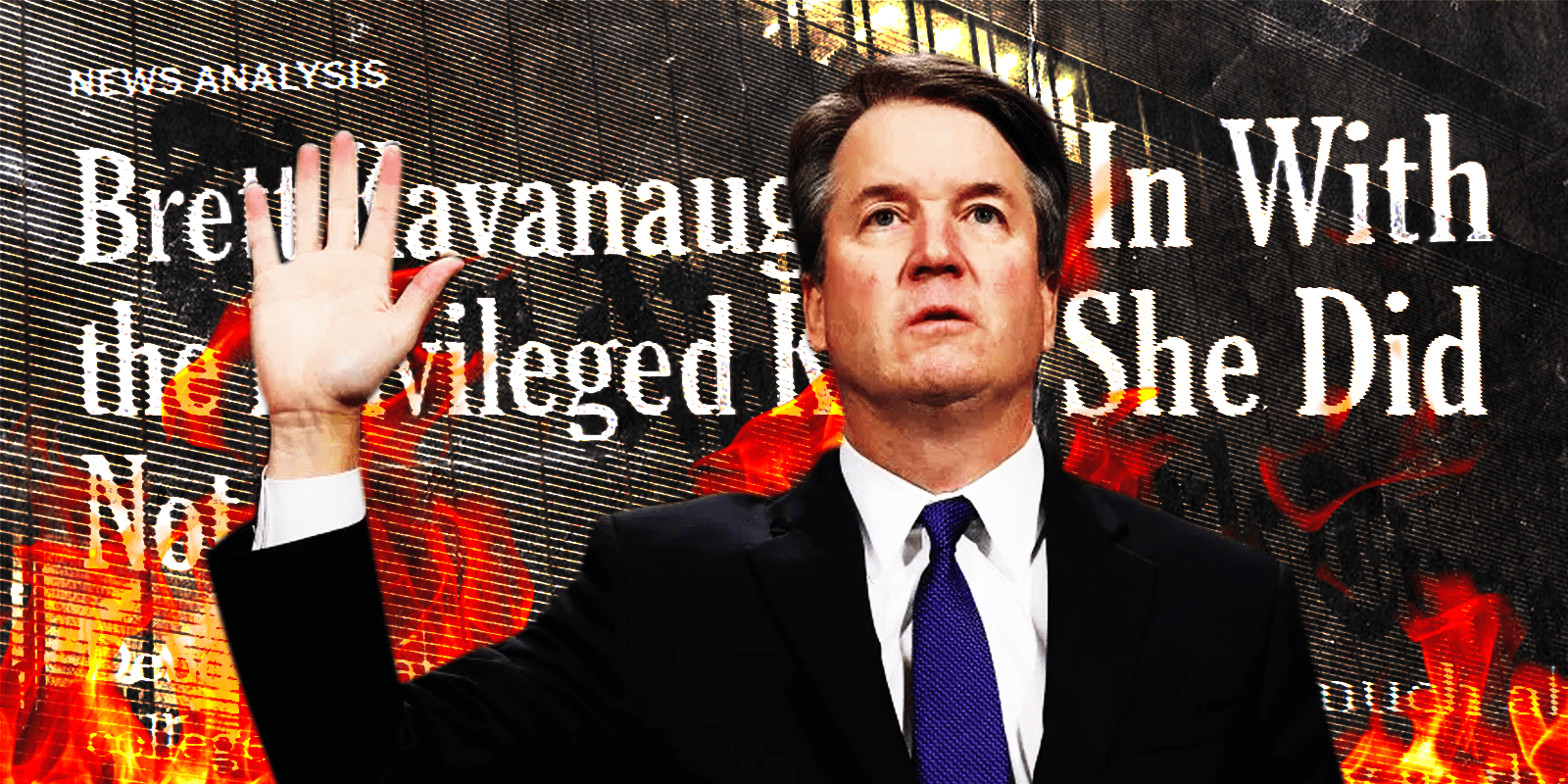 As if it wasn’t enough already, there’s a new book on the Brett Kavanaugh Supreme Court appointment and the hearings that preceded his confirmation as Associate Justice. An excerpt of New York Times reporters Robin Pogrebin and Kate Kelly’s new book The Education of Brett Kavanaugh: An Investigation, details allegations that were made about Kavanaugh’s alleged sexual misconduct, not in high school this time, but during his study at Yale. This has led to calls for Kavanaugh’s impeachment. The only problem is that there’s every good chance that the allegations are false. They are at least unproven, and they are nothing like a criminal offence.

Democratic lawmakers are calling for a new investigation. Those demanding Kavanaugh’s impeachment include six 2020 presidential candidates: Julian Castro, Kamala Harris, Elizabeth Warren, Beto O’Rourke, Pete Buttigieg, and Cory Booker. One can only assume that these individuals do not believe in due process.

The story goes that at a party at Yale, when everyone was trashed, Kavanaugh “took it out.” Mollie Hemingway of The Federalist went to the trouble of reading Pogrebin and Kelly’s book, not just the excerpt printed in the Times, and discovered that the young lady in question doesn’t even remember the incident. The claim, however, was not made by an aggrieved party, but by an onlooker, former Clinton attorney Max Stier (not that his affiliation with the first family of philandering has any bearing on his testimony).

Speaking to Noel King on NPR’s Morning Edition, in light of these new allegations, Kamala Harris called for Kavanaugh’s impeachment. King asked whether she “was troubled by a lack of evidence.”

Harris replied: “I would say that the fact that someone does not remember the details of an incident doesn’t mean there’s lack of evidence if there are other witnesses who can establish that the facts occurred, so I wouldn’t say that there’s no evidence.”

King clarified her question: “The witness has not established that this in fact occurred. It was a male classmate of this woman. He said it happened, but no one has proved that it’s happened. Does that trouble you?”

Harris replied: “Someone should investigate this. The fact that something has not been proven doesn’t mean it didn’t occur… My point from the beginning about all of these allegations against Brett Kavanaugh, is there’s not been a robust, a meaningful investigation. There’s not been an investigation with the level of attention that normally would occur around these kinds of allegations and especially related to the subject at hand, which is the appropriateness of this individual serving on the highest court of our land for a lifetime appointment.”

To her credit, King pushed back when Harris spoke about how “it was clear that he lied under oath, we all know he did.”

“No, we don’t,” King replied. And it’s just possible that liberal media is beginning to have enough of the allegation heavy/proof light takedowns.

Previous allegations by Dr. Christine Blasey-Ford made a circus out the Congressional hearings a year ago, and there was an investigation that gripped the nation. Kavanaugh was accused of sexual misconduct, and then when he fought back against the accusations, was accused of being an “angry man.” This raised concerns that he could not weigh arguments dispassionately. There is a history of contentious Supreme Court nominations, but accusing a man of misbehaviour only to turn around and accuse him of being angry when he defends himself was a bit much.

Mollie Hemingway and Carrie Severnino dug deep into Kavanaugh’s professional past in their book Justice on Trial. While this book hit the bestseller list, the co-authors were never asked to appear on any talk show to talk about it. One would think readers would want to know more about their exhaustive methods and their findings. But it turns out that the mainstream media is more concerned with unsubstantiated allegations than any actual facts.

Alexandria Ocasio-Cortez (D-NY 19th District) weighed in, reiterating Harris’ claim that Kavanaugh lied under oath and should be impeached.

After Hemingway’s reveal that the allegations against Kavanaugh were unsubstantiated even by the person to whom the incident supposedly occurred, The New York Times amended their story, stating “An earlier version of this article, which was adapted from a forthcoming book, did not include one element of the book’s account regarding an assertion by a Yale classmate that friends of Brett Kavanaugh pushed his penis into the hand of a female student at a drunken dorm party. The book reports that the female student declined to be interviewed and friends say that she does not recall the incident. That information has been added to the article.”

The existence of allegations does not negate due process. In light of these misgivings about the accuracy of the accusations against Kavanaugh, Senator Ted Cruz is curious to know if any of the democratic presidential candidates will retract their calls for impeachment.

However, allegations these days equivocate to the colloquialism “where there’s smoke, there’s fire,” and no one with access to a platform wants to back down. It’s worth noting, however, that since the first Supreme Court in 1970, only one Associate Justice has ever been impeached. Sam Chanse apparently pissed off Thomas Jefferson, and was impeached. However, he was cleared by the Senate and served out his lifetime appointment on the bench.

These continued attacks on Kavanaugh are entirely politically motivated. “Tarnishing the reputation of a justice who would have the power to overturn abortion law Roe V. Wade ‘is part of what motivated Christine,’ her attorney Debra Katz said. ‘Elections have consequences, but he will always have an asterisk next to his name,’ she said of Kavanaugh,” Hemingway reports.

Calling for impeachment has become a common democratic refrain. Jerrold Nadler (D-NY 10th District) insisting on impeaching the president basically for attitude infractions. Democratic candidates are calling for the removal of a sitting Supreme Court Associate Justice, though no crime has been proven to be committed, and the allegations against him aren’t even criminal in nature. The Women’s March is getting together a whole rally to #ReclaimTheCourt where they will insist on impeachment, based on some kind of gut feeling or whatever.

The New York Times has displayed an irresponsible bias in publishing an excerpt about allegations that doesn’t even give all the facts of the circumstances about the accusations, never mind any actual proof of the thing itself having happened. Journalists in new media are the ones punching up at the legacy outlets telling them where their biases have steered them wrong. Lawmakers are leading with just the thing they’re accusing Kavanaugh of taking out. And the public is left out in the cold, without any idea who to believe or what the facts are.

Lawmakers should be motivated by a sense of justice, a dispassionate demand for due process, and to do what’s right by their constituencies, not what’s best for them politically. Journalists should be driven be a desire for facts, to tell a true story, and to unearth actual information. Reporting on allegations does not substantiate those allegations. The New York Times should already know this. At one point they were the gold standard, but it appears that those days are over.