A New York Times reporter whose main beat is the COVID-19 pandemic tweeted that the lab leak theory currently gaining steam has "racist roots" and that people should "stop talking" about it. 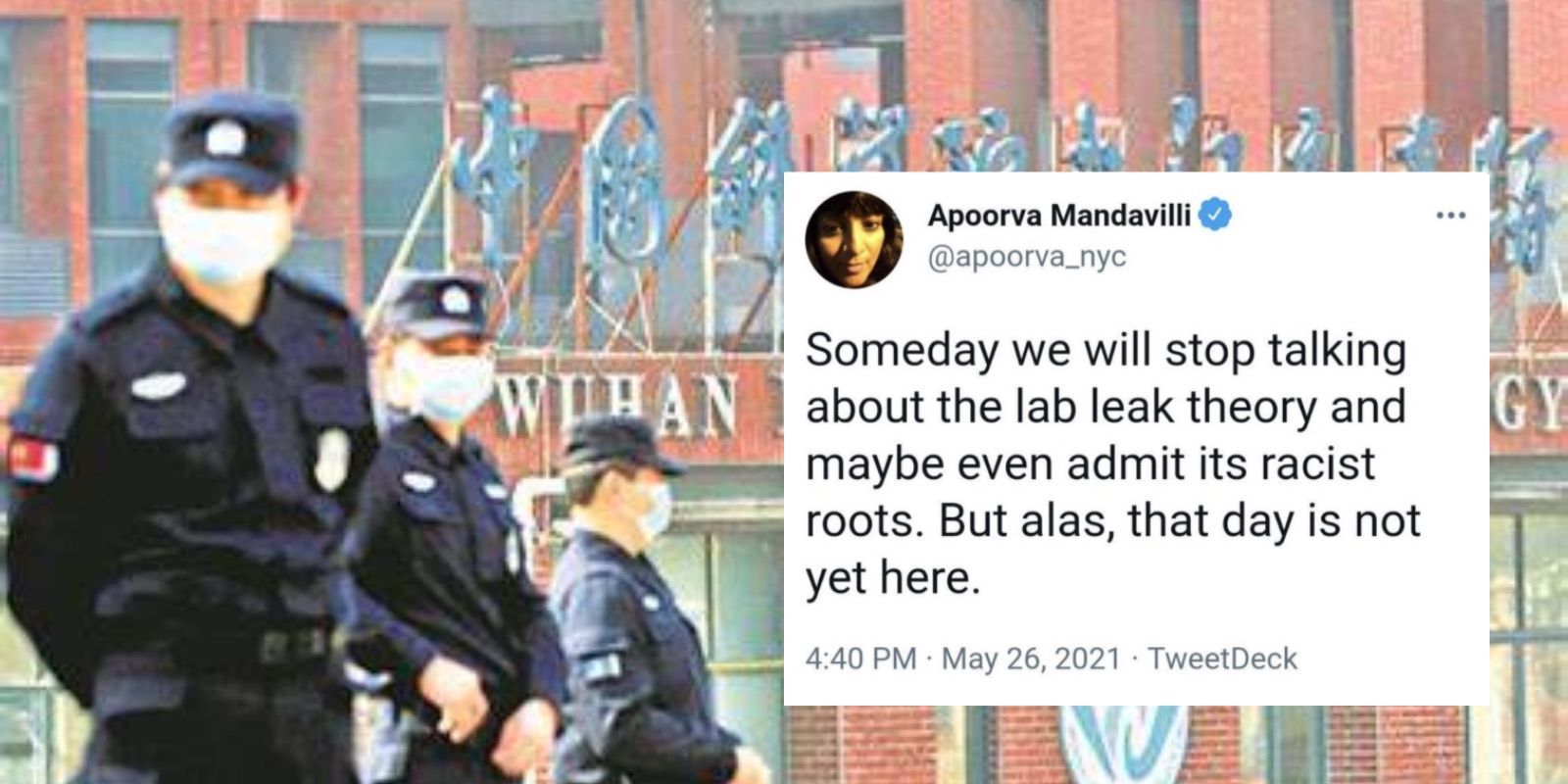 A New York Times reporter whose main beat is the COVID-19 pandemic tweeted on Wednesday that the lab leak theory currently gaining steam has "racist roots" and that people should "stop talking" about it.

The now deleted tweet Apoorva Mandavilli, who states in her Twitter bio that she is a "reporter for @nytimes on mainly #covid19," stated that "someday we will stop talking about the lab leak theory and maybe even admit its racist roots. But alas, that day is not here yet."

A screenshot of the tweet was shared by Glenn Greenwald, who questioned why it was racist to talk about the possibility of the virus escaping from a Chinese lab, but not racist to say that the virus had stemmed from Chinese wet markets like previously thought at the beginning of the pandemic.

"Also, isn't the relevant questioned: *what happened*? Or no?" Greenwald questioned about the reporter's intentions.

Mandavilli deleted her post, writing soon after that she had received "ridiculous" responses to it.

"Ugh, I hate deleting tweets, but the reactions are... ridiculous. Lots of clown emojis (is that code beyond just calling me a clown), allusions to CCP and also: is 'fronting corporate interest' the new 'pharma shill' insult? Mandavilli wrote.