The Washington Free Beacon revealed screenshots of posts to a Facebook group made up of current and former Times staffers, with one side arguing that his departure was justified while the other appears to be concerned at the precedent being set. 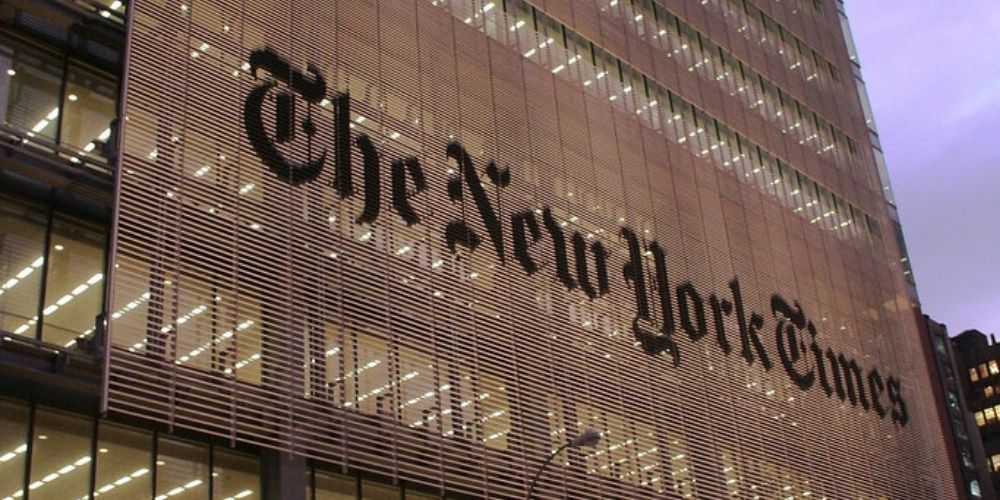 A civil war is brewing at The New York Times over the 'resignation' of science writer Donald McNeil Jr. according to the Washington Free Beacon, after a hit piece in the Daily Beast painted him as a racist.

McNeil’s departure came almost two years after he reportedly responded to a question from a student while chaperoning high school students on a trip to Peru. The student asked whether one of her classmates should have been suspended for using the n-word. In his answer, McNeil said the word.

The Washington Free Beacon revealed screenshots of posts to a Facebook group made up of current and former Times staffers, with one side arguing that his departure was justified while the other appears to be concerned at the precedent being set.

After the Daily Beast published the story, McNeil was forced out. Dean Baquet, the paper’s executive editor, told Times staff in an email. "We do not tolerate racist language regardless of intent."

Steven Greenhouse, who spent decades covering labor issues for the Times posted, "What ever happened to the notion of worker solidarity … to giving a fellow worker the benefit of the doubt," and then asked "why didn’t the NewsGuild do far more to defend and protect the job of a long-time Times employee, one who at times did tireless, heroic work on behalf of the Guild to help improve pay and conditions for all NYT employees?"

According to the Beacon, Times crossword columnist Deb Amlen said that the group was spending too much time on Greenhouse and said that the writers should focus their attention on  the people McNeil had "harmed."

The strife among the staff of the 'Grey Lady' is the latest controversy involving the paper’s decision making, which was thrust into the limelight after a decision to publish and op-ed by Sen. Tom Cotton (R-AK), was widely condemned by minority staff members to the editorial staff and culminated in opinion editor James Bennet losing his job.

A Times spokeswoman told the Beacon that racial epithets had no place at the Times even though the paper published the same word as last week in a profile of Princeton classics professor Dan-el Padilla Peralta. Other New York Times writers, including Nikole Hannah-Jones and Astead Herndon have also used their word in their writings.

The Washington Free Beacon claimed that when they asked Hannah-Jones whether intent made a difference in the case of her writings, she responded by 'doxing' the reporter, "posting the reporter’s inquiry, including his cell phone number, on Twitter, in direct violation of the website’s terms of service."

The argument among the current and former staffers featured on Twitter when Times reporter Michael Powell tweeted a statement from the nonprofit literary organization PEN calling McNeil’s ouster "chilling."

In response, John Eligon accused him of racism: "You often wonder what your white colleagues who are lovely to your face are actually thinking or saying about you — or people like you — behind your back."

As noted by the Beacon, the public feud among staffers following the series of public events throwing a spotlight on the Times decision makers has also raised questions about who really edits the paper. Times contributor Robert Worth posted in the Facebook group. "This is not the NYT I know."