A search of the Times' website reveals that 577 articles contain the phrase "right-wing media" and most of them are of the "Republicans pounce" variety. 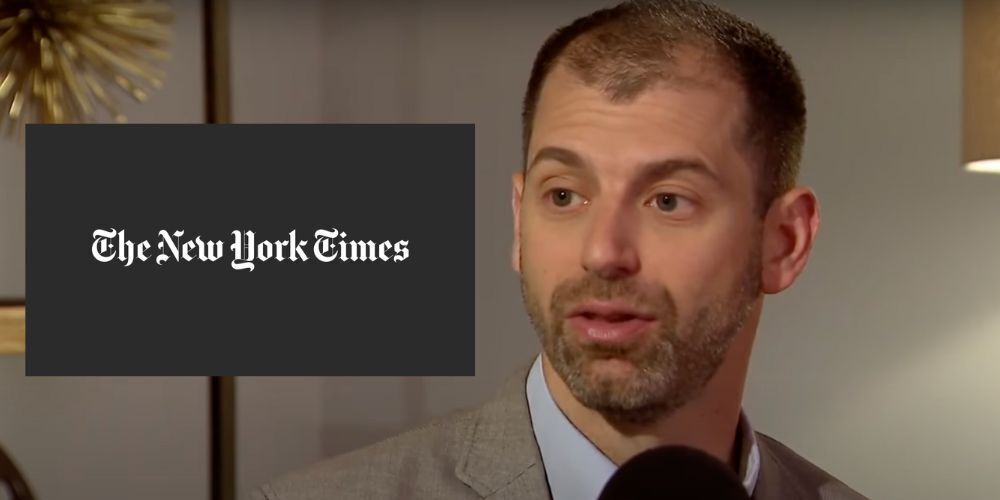 Starting Monday, the New York Times is dedicating reporter Ken Bensinger to covering "right-wing media" because the outlet does not understand why American conservatives do not get their news from The New York Times.

According to the press release, Bensinger was a BuzzFeed News investigative reporter whose speciality includes "political disinformation."  The release notes that the Times hired Bensinger especially because of his reporting on the Gretchen Whitmer kidnapping plot, his desire to "understand the rising threat of armed militant groups" and "After the Jan. 6 riot, he turned his sights on the Oath Keepers."

The press release did not include that he was one of the three reporters who pushed the Buzzfeed misinformation piece: "These Reports Allege Trump Has Deep Ties To Russia" which relied on the fake Steele dossier for its reporting.

According to Fox News, the New York Times said the beat was created to understand the "volume of Americans who rely on alternatives to mainstream sources for their information."

Fox News noted that the Times does not have any divisions dedicated to covering left wing news and media. A search of the Time's website reveals that 577 articles contain the phrase "right-wing media" whereas only 48 contain "left-wing media."

Of those 577 "right-wing media" mentions, most are of the "Republicans pounce" variety, such as their reporting on the FBI Mar-a-Lago raid which read, "right-wing media amplifying the fury directed at the Biden administration."

Fox News contributor Joe Concha said, "This is how ‘journalism’ works these days: There are whole outlets with people who somehow refer to themselves as media reporters who are actually activists dedicated to watching and reading what they deem right-wing media and opining about what they disagree with. They know their audience and are simply catering to it."

Times political editor David Halbfinger wrote the press release and opened with "I’m thrilled to announce that Ken Bensinger is joining The Times to pioneer a new beat covering right-wing media as part of the democracy team on the Politics desk."

A Times spokesman said, "Our media and technology desks thoroughly cover many aspects of hyperpartisan media and misinformation (when relevant). The Politics desk created a new beat on this topic because many Americans rely solely on right wing media for their information, which often bears little resemblance to what is being reported in mainstream media. We want our readers to be informed about what is driving the political decisions of many Americans."

Later Halbfinger says that Bensinger's time with conservatives makes him poised to better understand "people who reject mainstream narratives and question the institutions that hold up our democracy. Understanding the way information is developed, circulated and absorbed on the right is vital at this precarious moment, and requires a healthy measure of patience, empathy and understanding along with investigative chops, skepticism and toughness."

The Times made the announcement on their official Twitter on August 18. "We're excited to welcome @kenbensinger to @nytpolitics, where he'll report on right-wing media."

"I'm excited about this beat, which is important and complex and (I think) requires sensitivity and nuance at a critical time for this nation. Please send me your ideas, tips, thoughts, etc!" Bensinger said.