"To be clear, this is @Wickes promoting unlawful discrimination against lesbians, gays & bisexuals & making our rights conditional on supporting another group," said Allison Bailey. 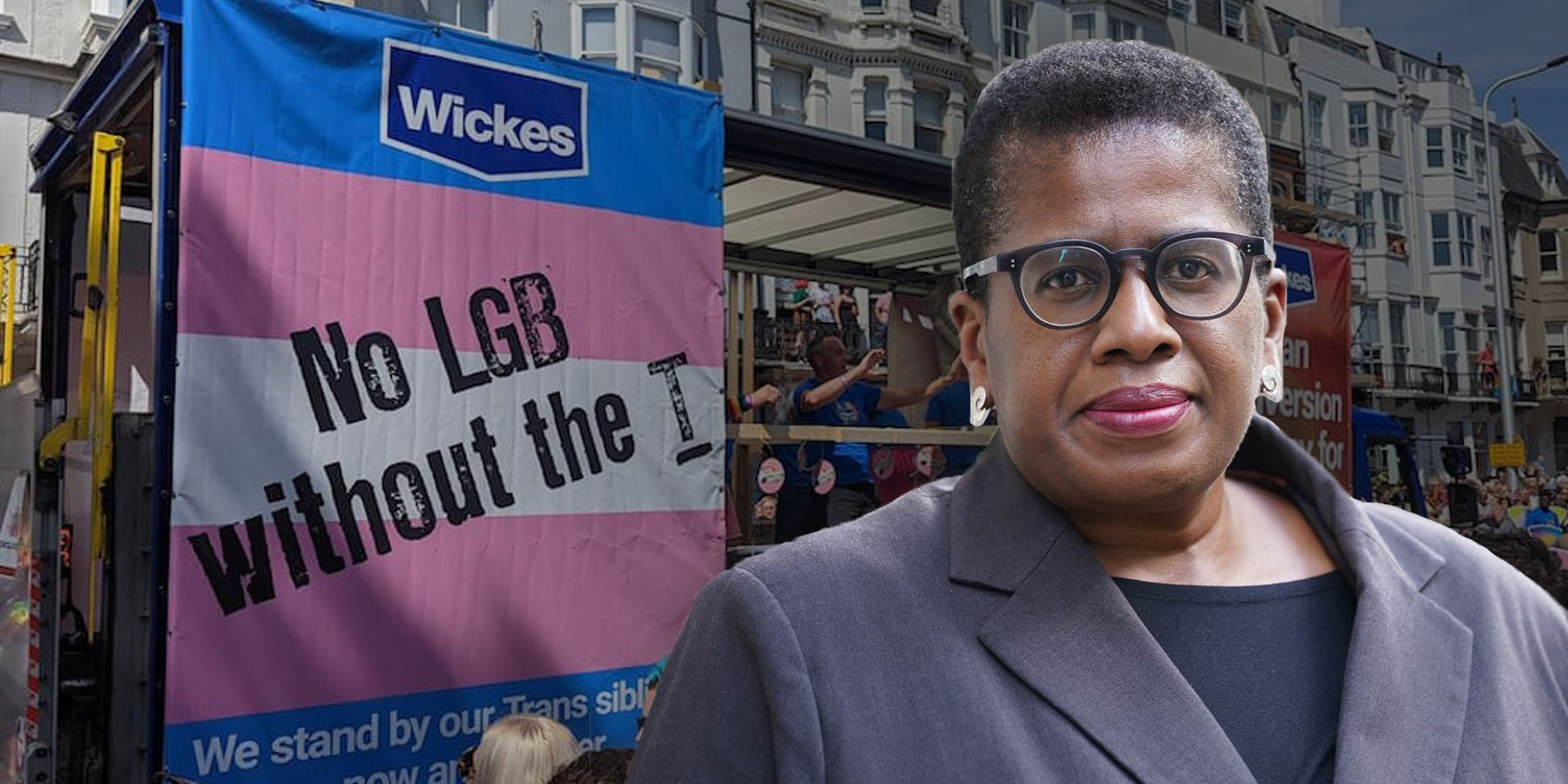 Home improvement retailer Wickes is under fire for a controversial poster in the Brighton Pride parade on Saturday that angered many in the gay community. Wickes participated in the parade with a float that read 'No LGB without the T' over a transgender flag. Below it said "we stand with our trans siblings now and forever."

Backlash over the message trended on Twitter for two straight days. Barrister Allison Bailey, a founding member of the LGB alliance, an organization which promotes and supports gay, lesbian and bisexual people, tweeted on Sunday: "To be clear, this is @Wickes promoting unlawful discrimination against lesbians, gays & bisexuals & making our rights conditional on supporting another group."

Wickes published a statement that read, "We were proud to take part in Brighton Pride this weekend to celebrate their 30th year, and even prouder of our LGBTQ+ Employee Network who work hard every day to make sure everyone can feel at home at Wickes. We are an inclusive home improvement employer and retailer and support the LGBTQ+ community in its entirety."

The LGB Alliance tweeted on Monday, "We must assume that Wickes have not understood the significance of this slogan. They cannot seriously believe that lesbians, gay men and bisexuals may not organise in our own interests without the permission of trans people."

The LGB Alliance was organized in 2019 by a group of former Stonewall supporters who were opposed to the adoption of "transgender rights" as their primary focus. "We believe that the issues and priorities for people who are attracted to the same sex (homosexual/bisexual) are different from those of transgender people," the LGB website reads. "With a number of organisations focused on trans people and trans issues, our focus is simply on lesbians, gay men, and bisexual people instead."

One of their primary concerns is the impact that transgender ideology has on children. "We work to protect children from harmful, unscientific ideologies that may lead them to believe either their personality or their body is in need of changing," the LGB mission statement reads.  "Any child growing up to be lesbian, gay or bisexual has the right to be happy and confident about their sexuality and who they are."

Gender ideology states that males can be women and girls, and females can be boys and men. This despite biological reality. Gender identity, the ideology claims, is determined by one’s subjective and undefinable "gender identity."

Gender ideology also claims that a felt mismatch between one’s body and gender identity can be corrected by puberty blockers, cross-sex hormones, and surgeries. Critics of gender ideology describe the tactics used to lure youths into  their belief system as "grooming."