"The term 'groomer' is a homophobic stereotype used to falsely smear queer people and their supporters as child sex abusers," says John. 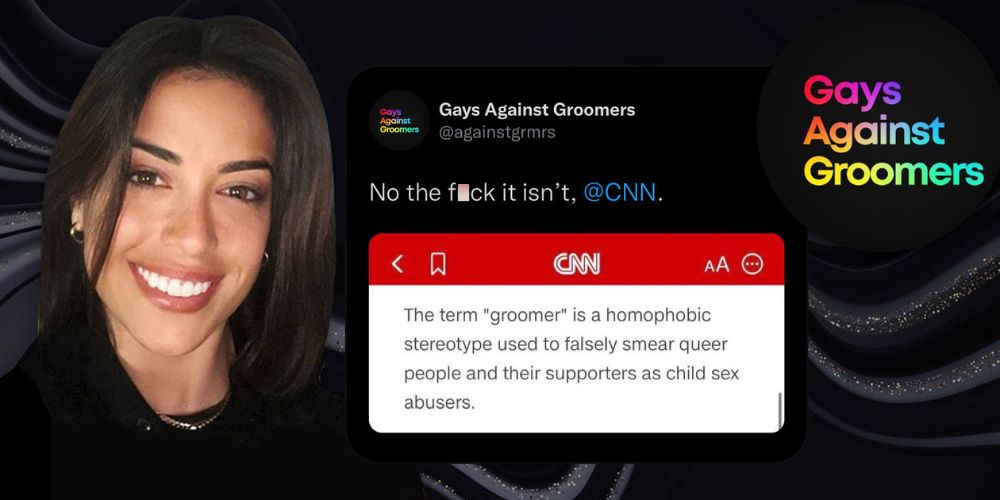 Tara John, a London-based reporter for CNN, wrote an article on Thursday covering the protests of a Drag Queen Story Hour in England, inaccurately portraying protestors of the event as "far right extremists" who are "importing US hate," and redefining the word "groomer" to be an anti-LGBTQ slur.

The article, titled "Drag queen storytime in England promotes compassion and inclusion. British far-right extremists are importing US hate against them," spoke of a recent Drag Queen Story Hour UK event which was met with protestors, some of which unfurled a banner in front of the event's library location that read "welcome groomers."

A single sentence from the article defining the term "groomer" has gone viral. "The term 'groomer' is a homophobic stereotype used to falsely smear queer people and their supporters as child sex abusers," says John.

Gays Against Groomers, who refer to themselves as "a coalition of gays against the sexualization, indoctrination and medicalization of children," tweeted a screenshot from the article.

"No the f*ck it isn’t, @CNN" they said, voicing their firm disagreement with CNN’s portrayal of the word "groomer."

The left asserts that the use of the word "groomer" is an anti-gay slur, such as Mia Gingerick of Media Matters, who says that those who use it are participating in a "targeted hate campaign," and driving "nationwide harassment and violence against members of the LGBTQ community and their allies."

But the term "groomer" has two meanings, a distinction that CNN does not seem to care about. While it is sometimes used to describe the process of adults initiating a sexual or predatory relationship with minors, more recently it has been used to describe the process of indoctrinating naive children into cultish ideologies. Specifically, gender ideology, the belief system based on the falsehood that whether someone is a man, boy, woman, or girl has nothing to do with one’s biology, but instead is determined by one’s subjective and undefinable "gender identity."

The left’s latest campaign to silence their opposition is by rebranding the word "groomer" as a targeted smear campaign against LGBT people, similarly to how they rebranded Florida's Parental Rights in Education Act as the "Don’t Say Gay" bill.

"This is how 'hate speech' and 'hate symbols' are created by the regime," said Jack Posobiec of the popular Human Events Daily podcast. "They take something already in common use, redefine it, then use it cancel and ban anyone they want," he adds.

Twitter has been cracking down on the use of the word "groomer" after pressure from activists who claim the term is "anti-LGBT."

Gays Against Groomers, YouTuber Tim Pool, and the organization Moms for Liberty were all suspended recently from Twitter in an effort to censor the use of the word "groomer." Dr. James Lindsay, a math PhD known in part for the "Grievance Studies Affair" that exposed frivolous scholarship within university humanities departments, was permanently banned on Friday for the same reason.