James Lindsay was permanently banned from Twitter for allegedly violating the platform's rules against "hateful conduct." 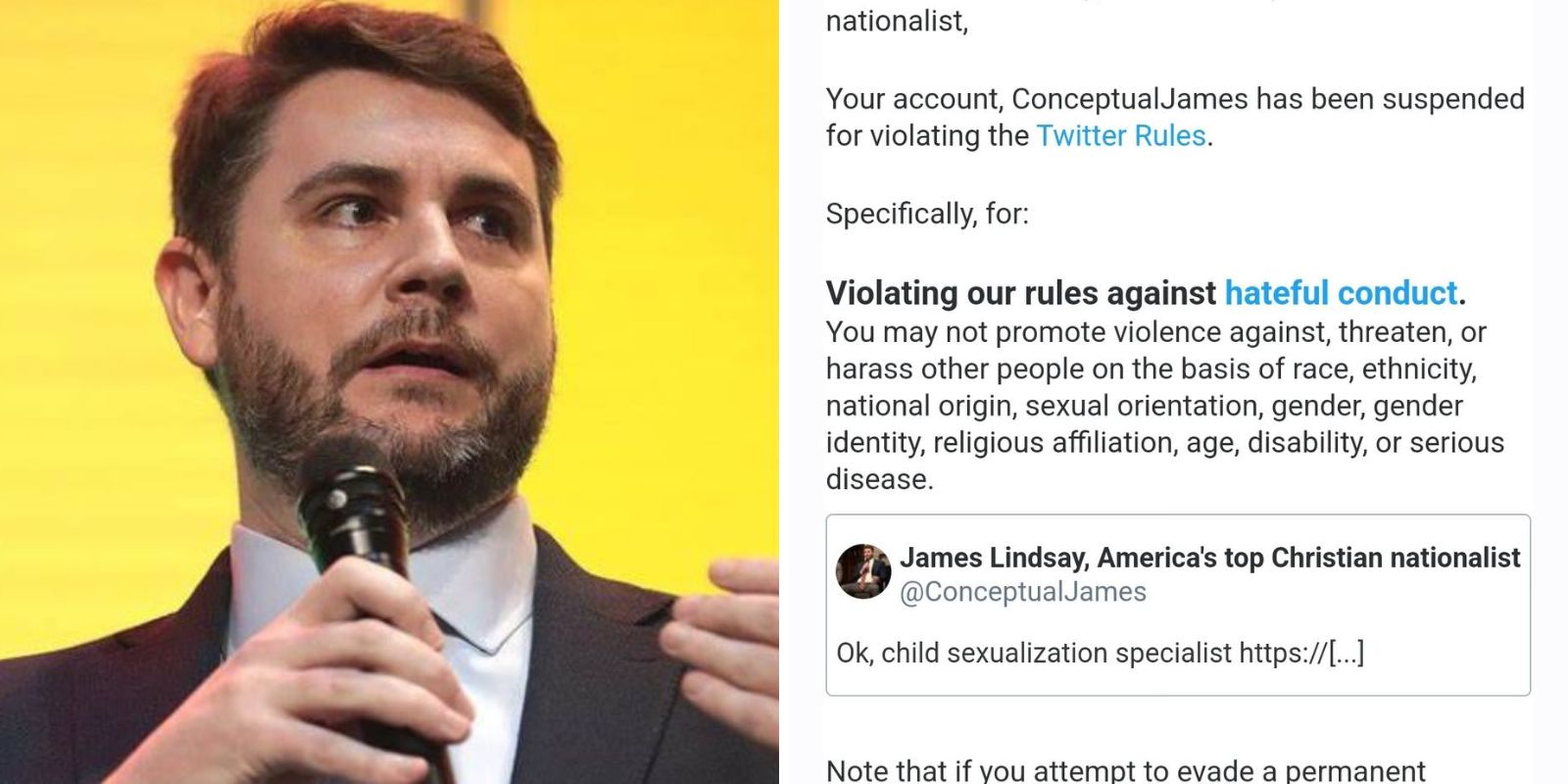 Author, mathematician and cultural critic James Lindsay has been suspended from Twitter, for what appears to be a violation of Twitter's rules against hateful conduct.

A screenshot shows that the account @ConceptualJames was suspended for what Twitter says was promoting "violence against, threaten, or harass other people on the basis of race, ethnicity, national origin, sexual orientation, gender, gender identity, religious affiliation, age, disability, or serious disease."

A note from Twitter at the bottom indicates that the suspension is permanent, and informs Lindsay that any new accounts made by him would also get suspended.

The tweet that got Lindsay suspended said "Ok, child sexualization specialist." Lindsay was previously locked out from his account in July after tweeting "ok, groomer" at a Media Matters journalist.

Drennen had claimed that the Daily Caller was maliciously using a photo of teens holding a Pride flag.

Believing that Drennan's comments were an unfair juxtaposition, Lindsay responded to her tweet with the words, "ok groomer," which resulted in a 12-hour suspension for "hateful conduct."

The Post Millennial reached out to Lindsay for comment, to which he said: "Twitter has inconvenienced me and simultaneously confessed that they have a vested interest in protecting the sexualization of children. This also suggests the possibility of an untoward relationship between Twitter and Media Matters, which deserves investigation. I'm glad they've drawn so much attention to the issue, in any case. It has to stop. We must protect our children."

Lindsay was also suspended from his account in May after tweeting "misleading" information about COVID vaccines.

The tweet, which reportedly triggered the lockout, was a retweet of physician-scientist and author Eric Topol, who posted a graphic and a study on the effects of "long COVID." Lindsay said that the scientific name for "long covid is vaccine injury."