Jaimee Michell, who founded the popular account, posted screenshots from an email notifying her that the account violated Twitter’s rules against "hateful conduct." 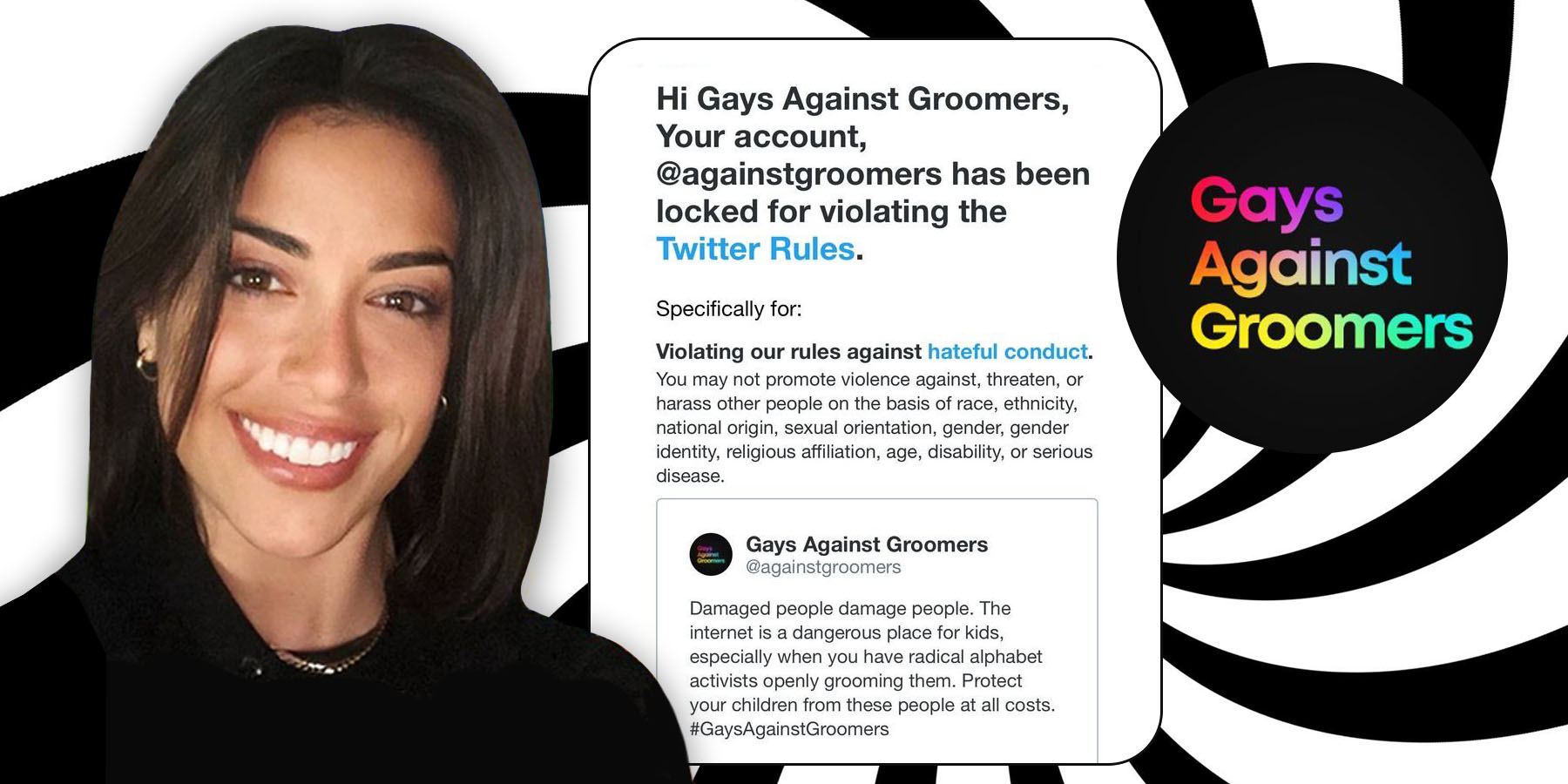 Twitter is cracking down on the use of the word "groomer" after pressure from activists who claim the term is "anti-LGBT." Gays Against Groomers, who describe themselves as "A coalition of gays against the sexualization and indoctrination of children," is the latest to be suspended on Thursday during Twitter’s banning spree.

Just in the last week, Dr. James Lindsay, a math PhD known in part for the "Grievance Studies Affair" that exposed frivolous scholarship within university humanities departments, was banned for saying "ok, groomer." YouTuber Tim Pool was also locked out of his account for saying "Twitter actively protects and supports pedophilia," and the Moms for Liberty account was suspended for speaking against the medical gender transition of children.

Gays Against Groomers, which launched in June, has had meteoric success at attracting followers to their cause exposing harmful ideologies perpetuated by activists. The word  "grooming" describes the tactics used to lure youths into their cultish belief system.

Jaimee Michell, who founded the popular account, posted to the Gays Against Groomers Instagram page the screenshots from an email notifying her that the account violated Twitter’s rules against "hateful conduct." The tweet, Michell said, was posted weeks ago, but she believes activists targeting her page have relentlessly reported her content.

The offending tweet read, "Damaged people damage people. The internet is a dangerous place for kids, especially when you have radical alphabet activists openly grooming them. Protect your children from these people at all costs."

Activists like Mia Gingerich of the far left "fact checking" website Media Matters has targeted Gays Against Groomers before, and said their use of the word "groomer" is an anti-gay slur, and that those who use it are participating in a "targeted hate campaign" that drives "nationwide harassment and violence against members of the LGBTQ community and their allies."

But the term "groomer" has two meanings. While it is sometimes used to describe the process of adults initiating a sexual or predatory relationship with minors it can also be used to describe a process of indoctrinating naive children into cultish ideologies.