No, there’s no rise in hate; there’s a rise in panic

For some easily triggered individuals, a MAGA hat or a simple OK hand gesture is proof of white supremacy. In a climate like this, where any harmless gesture can be hate, it’s very easy to manipulate data in order to make people be fearful of each other. 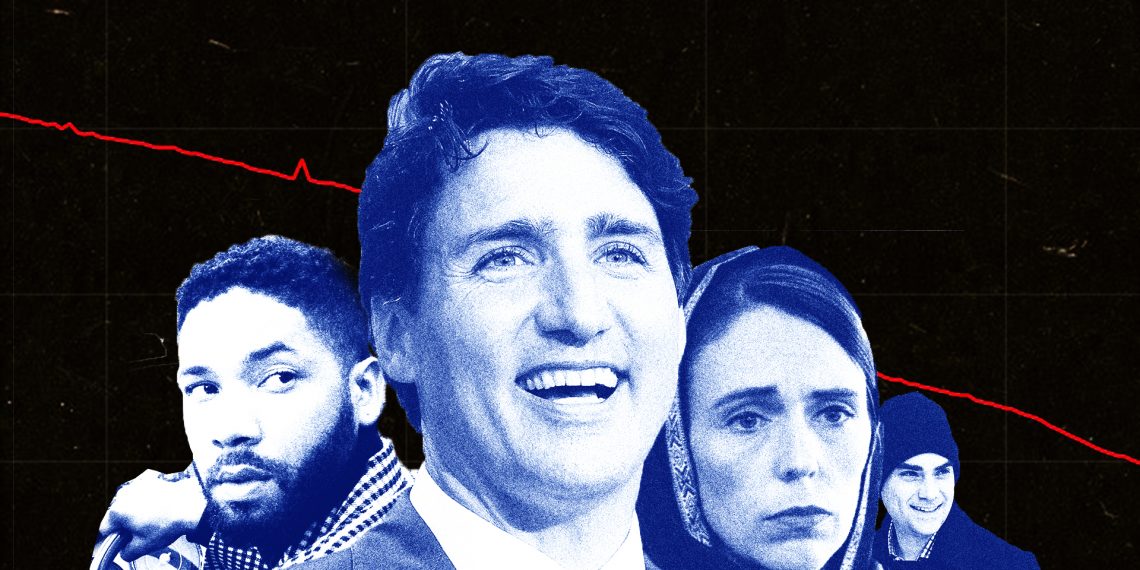 Whether it’s the Christchurch Call, the Digital Charter, House Oversight committees, or Facebook and Twitter clamping down on speech from unsavory groups, there is a rise in awareness about hate speech and hate crimes. However, the fact that more people know about these horrible phenomena is not an indication that they are increasing.

In Canada, the Trudeau government is going full steam ahead with efforts to censor and regulate content it deems to be “hate.” Activist Morgane Oger had the audacity to refer to this very publication (as well as a prominent feminist publication) as “hate propaganda” in front of a parliamentary committee. In the States, a recent House Oversight committee undertook a hearing to question the perceived rise in hate crimes and white nationalism. There is a broadening definition of what “hate” means, and this broadening definition is being intentionally perpetrated.

For some easily triggered individuals, a MAGA hat or a simple OK hand gesture is proof of white supremacy. In a climate like this, where any harmless gesture can be hate, it’s very easy to manipulate data in order to make people be fearful of each other. It’s become so incoherent that outlets such as BuzzFeed are claiming that Ben Shapiro, an Orthodox Jewish conservative thought leader, is guilty of radicalizing a young man to become a white supremacist and inciting him to vandalize a synagogue.

Hate is not on the rise; panic is. If an increase in hate is the concept, then the stress of that, the danger of it, makes it more possible for people to believe freedoms should be violated in protect potential victims. But when we enhance safety, we do so by increasing limitations on speech or freedom of movement through surveillance. This is why it’s so essential to pay attention to the data, and not the pervasive mood. When we allow our emotions and fears to drive policy, we herd ourselves into pens like animals afraid of wolves and foxes. It’s the fears that need to be caged, not our rationalism.

Most people, regardless of political ideology or religious affiliation, do not care if you’re gay, straight, black, white, whatever. Is this perhaps why there have been so many debunked hoaxes and bad-faith acts of staged hatred? There have been cases of individuals staging acts of hatred in order to assign hateful intentions to their opposition. It does not diminish the real threat of hate crimes against society to demand that the facts and figures be the primary source for information.

As Andy Ngo, a preeminent American journalist specializing in hoaxes notes, the breathless reports of a rise in hate crimes actually “show a rise in reports because a thousand more agencies were sending data to the FBI.”

Indeed, Reason’s Robby Soave notes in his recent testimony before the House Oversight Committee on white supremacy and hate crimes, reporting on hate crimes is up across the country. Even with this increase in voluntary reporting of municipalities and precincts to the FBI, the overall numbers of hate crimes are substantially down from what they were:

The FBI reported 7,175 crimes in 2017 vs. 6,121 crimes in 2016, which represents a 17 percent increase. But it’s important to note that nearly a thousand additional municipalities submitted data to the federal government in 2017. This means the perceived increase in hate could partly be explained by the fact that we simply have more data. As the agencies involved in submitting data become more concerned with hate crimes, and more responsible about tallying them, the numbers will appear to be going up. Bear in mind that the total number of hate crimes tallied by the FBI in 1996 was 8,759, from 11,000 agencies. In 2017, with 16,000 agencies reporting, the total was actually lower by 1,600. The overwhelming majority of municipalities reported zero hate crimes.

Additionally, the burden of proof for hate crimes is substantially higher than the burden of proof for more typical offenses. Prosecutors must make a decision as to whether they want to expend the resources necessary to get a hate crime conviction when they could much more easily obtain a guilty verdict and conclusive criminal sentence for an offense that does contain within the charges hateful intentionality. Proving that a hate crime has been committed is less important to prosecutors than actually getting a bad guy locked up. Those who deal in rhetoric, and not case law, are more interested in labeling for stats than in the expediency of the criminal justice system.

Progressive activists and lawmakers, in cooperation with social and traditional media companies, seem to have a vested interest in telling you that hate is on the rise even as most people get along quite well. This is part of a concerted effort to keep the public so titillated by perceived dangers that we willingly give up whatever it takes to prevent the unthinkable, which we absolutely refuse to think rationally about. Stoking the fires of paranoia is what they do best, but if you take some time to understand the data, you will see that much of the hate and fear around you is manufactured.