No ‘Zooming Poutine’ or ‘Shania Train’ for Ottawa: city tags light-rail with clichés and Rocket Richard

Not since The New York Times hailed a Wine Rack outlet “Ottawa’s hippest destination” has our Canadian capital revealed such mediocrity as in recent choices for its ‘Name the Trains’ contest. 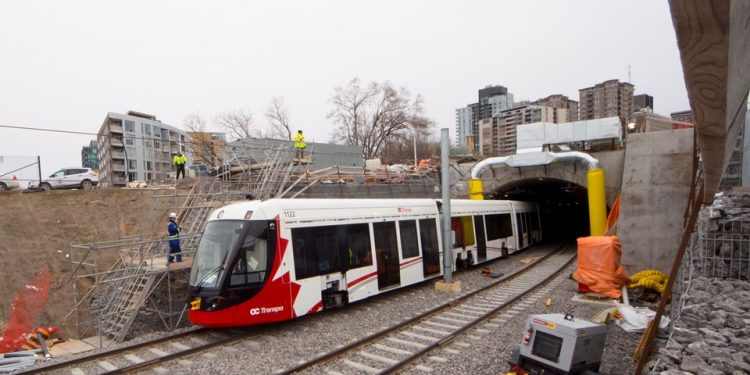 Not since The New York Times hailed a Wine Rack outlet Ottawa’s hippest destination has our Canadian capital revealed such mediocrity as in recent choices for its ‘Name the Trains’ contest.

When commuters and tourists finally do step on to the $2.1 billion light-rail system – already more than two years behind schedule – they’ll ride Maple Taffy, Snowbird or Northern Lights, when they could’ve boarded Shania Train or Roberta Bondcar, a witty nod to Canada’s first female astronaut.

Culled from entries restricted to children 16 and under, winning selections that consisted largely of Canadian clichés favoured by the City of Ottawa, was not due to a lack of overall creativity from the youth who participated.

Zooming Poutine, The Queensway Cruise and Sir Chuggsalot were overlooked for winning selections Poppy, Totem and Tundra. Galloping Goose, Tunnel Beaver and The Speed Beaver were also overlooked by judges, who preferred The Canada Goose, Majestic Moose and Nanuq/Polar Bear.

Even Ottawa professional sports teams and fan-favourites like former Senators’ stars Daniel Alfreddson and Erik Karlsson – The Alfie and Karlsson Express – didn’t make the cut, while Rocket Richard, the Montreal Canadiens legend, will rub this in at every stop his train makes.

Logging folk hero Big Joe Mufferaw, an Ottawa Valley icon on par with Paul Bunyan, was also eschewed for Ottawa outsiders like Louis Riel, Thomas D’Arcy McGee and Jacques Cartier, a barometer of sorts that the nation’s capital views itself as very much a transient town.

While elected to Parliament in 1873, Riel spent barely a day in Ottawa getting his photo snapped and signing the register before being expelled from the House of Commons. Other transient souls whose monikers will soon ride the Ottawa light-rail include Father of Confederation George Brown and French explorer Samuel Champlain.

But perhaps the most glaringly overlooked multiple-entry from the more historically-minded youth was Thomas Ahearn, a local inventor and founder of the Ottawa Electric Railway Company which built the city’s original streetcar system.

Judges also denied Justin Traindeau and The Jimmy Wagon (a wink at current Ottawa Mayor Jim Watson), and weren’t keen on Sorry, NIMBY Express, Taxed To Death and Da Sink Hole from the more politically sardonic kids; the latter a jab at the huge pit rail construction opened up on Rideau Street.