Michael Sale, a 27-year old police officer from Robeson County, North Carolina, had to be airlifted to a hospital after having sustained numerous injuries in a street brawl. 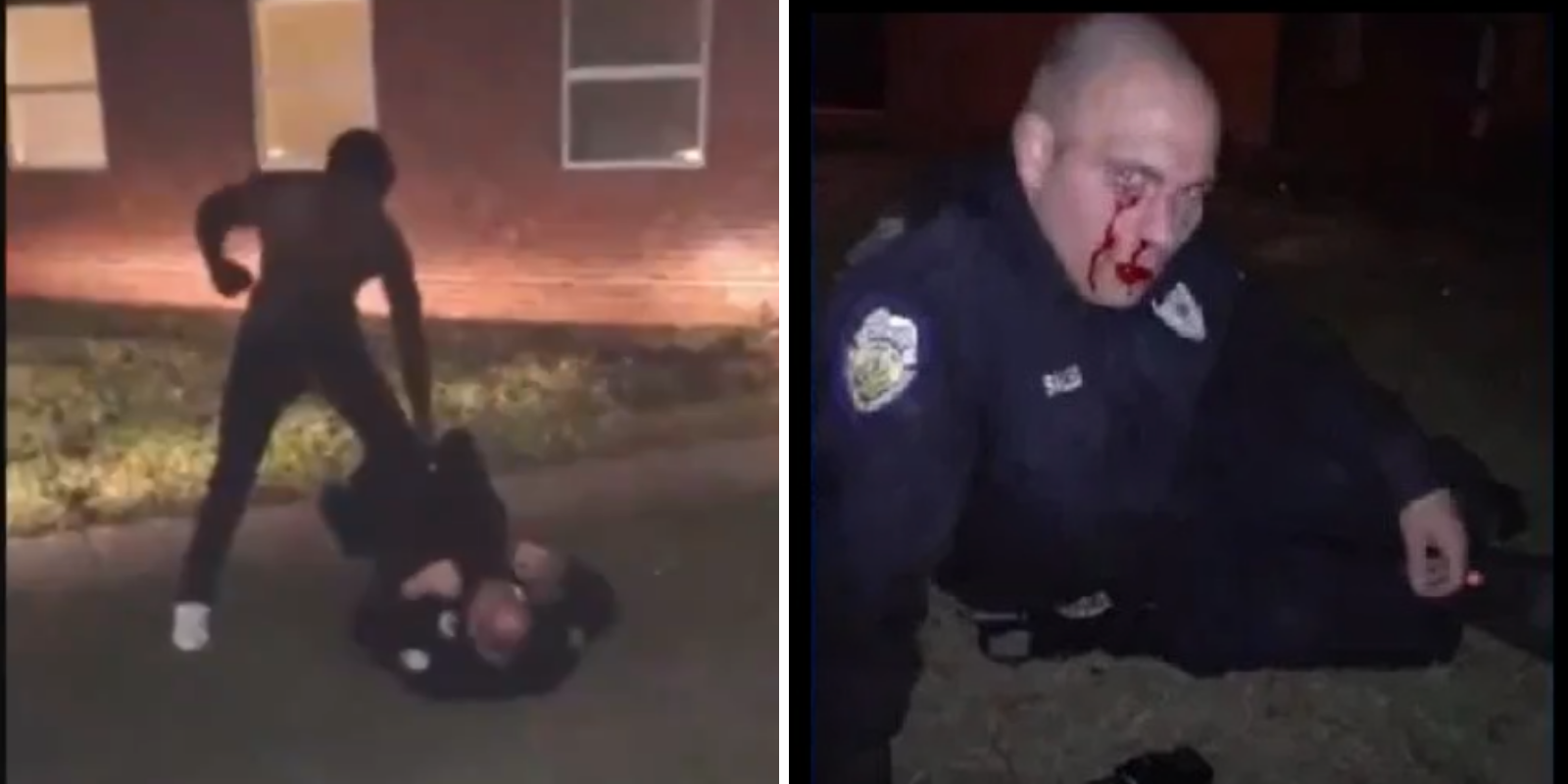 Michael Sale, a 27-year old police officer from Robeson County, North Carolina, had to be airlifted to a hospital after having sustained numerous injuries in a street brawl. The fight was caught on video by bystanders, who goaded on the participants, and mocked the officer for losing.

According to Law Enforcement Today, Sale had been responding to a disturbance call on Oct. 16 and was in the process of arresting Jamel Alphonso Rogers, when the situation turned violent.

In a series of videos captured by a bystander, Rogers can be seen with one handcuff on his wrist standing over and repeatedly beating Sale. At some point in the fight, Sale lost his firearm and additional equipment, forcing the officer to attempt to subdue Rogers with his hands. The situation quickly turned against the officer as Rogers gained the upper hand.

The struggle, which went on for 11 minutes, left Sale conscious and incapacitated on the ground. EMS arrived some time later, take the officer to the UNC Medical Center.

The National Police Association published a tweet, with an image of Sale shortly after the fight. The image shows blood streaming from his mouth and nose. Reports suggest he may have his skull may be fractured near his right eye.

Sale had been the only active officer in the area and was unable to call for backup, leaving him to make the arrest alone. At one point during the fight, the officer called to the bystander for help. Instead of assisting the situation, the videographer continues to encourage the fight.

Comments on the video released on Twitter range from supportive of the officer to siding with the attacker. This comes at a time when public discourse over police brutality have led to a conversation about what law enforcement should look like under similar, dangerous situations.

One commentator points out that public scrutiny may have prevented the officer from taking steps to defend himself before the situation became a full-out fight.

Burnis Wilkins, Sherriff of Robeson County, released a statement on Monday, urging Americans to understand the gravity and danger associated with police work.

"This is the harsh reality that law enforcement in America is facing right now where some think it's okay to Defund the Police, assault the Police and actually laugh and video the event while it's occurring," Wilkins said.

Rogers has been charged with resisting a public officer, assault with a deadly weapon with intentions to kill while inflicting serious injuries, and kidnapping.