Norwegian feminist Christina Ellingsen is being investigated for hate crime charges related to tweets she made between February 2021 and January 2022. 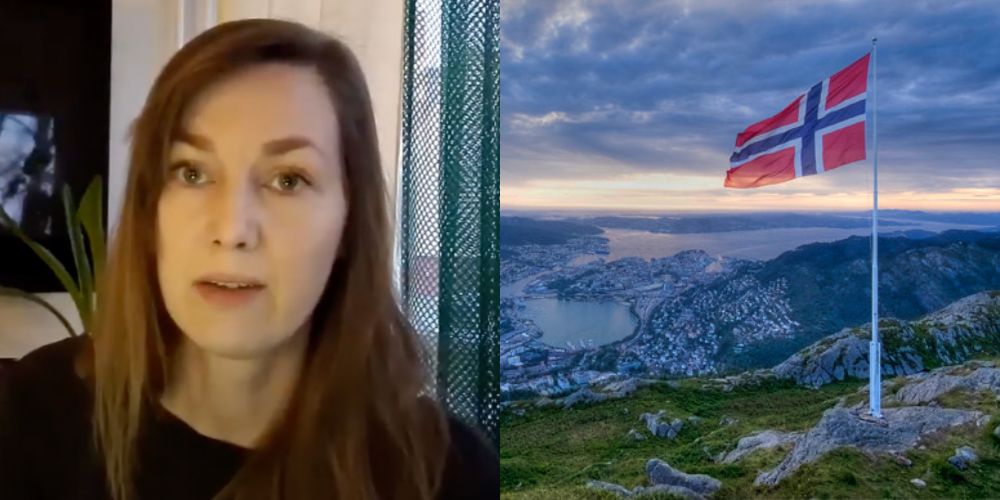 Norwegian feminist Christina Ellingsen is being investigated for hate crime charges related to tweets she made between February 2021 and January 2022.

Reduxx reports that Ellingsen used Twitter to question trans activist group Foreningen FRI's assertion that biological men can become lesbian women. Many of her tweets were directed at one of FRI's top advisors Christine Marie Jentoft.

Jentoft filed the police report this year and cited several tweets as the cause. One such tweet read, “Jentoft, who is male and an advisor in FRI, presents himself as a lesbian – that’s how bonkers the organization which supposedly works to protect young lesbians’ interests is. How does it help young lesbians when males claim to be lesbian, too?”

Jentoft, a biological male who identifies as trangender and a lesbian woman, wasn't new to Twitter controversy. Jeftoft wrote in a 2018 tweet “Dear queer children of all ages! I know some of us have parents who don’t love us any more. But thanks to a [Facebook] video I have just seen, I just want to inform you that I am actually a certified mother. So if you ever need a real motherly hug, I will be happy to oblige!”

Ellingsen addressed Jentoft's claim of being a mother on Norwegian TV when she said, “You are a man. You cannot be a mother, to normalize the idea that men can be mothers is a defined form of discrimination against women.”

Ellingsen is a member of Women’s Declaration International, a group of volunteer women who are dedicated to preserving sex-based rights. In May, WDI defended Ellingsen on Twitter and asserted that "A Woman is an adult human female."

Norway's battle over gender identity and trans ideology mirrors what's happening in America. In both countries private institutions, such as Disney, are fully promoting these controversial ideas. One notable difference is America's federalist structure in which states like California can go all in on gender identity while other states do not.

Norway, a constitutional monarchy employing a parliamentary system, has a more top down system. “Women are not protected against hate speech in Norway, but men who claim to be both lesbian and a woman, are protected both on the grounds of gender identity and on the grounds of sexual orientation,” Ellingsen said.