The policy went into effect January 1, and since then, 261 inmates have requested transfers, nearly all of them biological males asking to be housed with women. 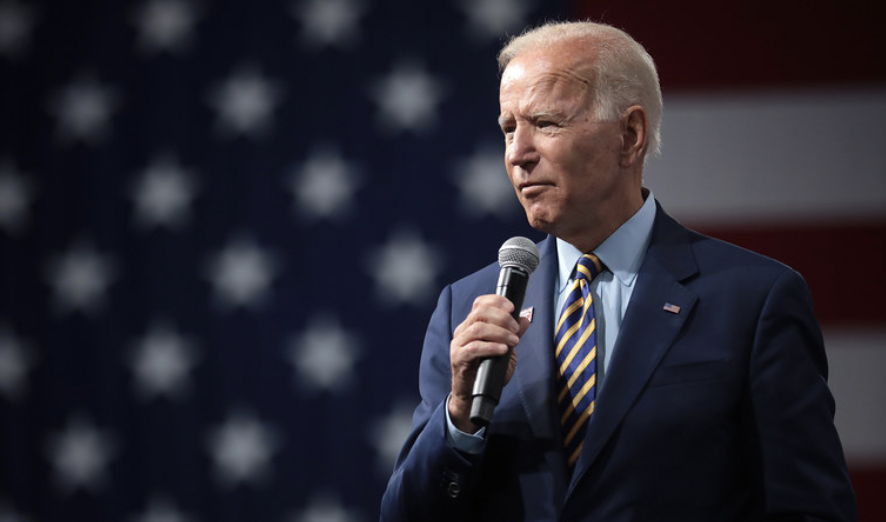 The California legislature passed a measure in July to house prison inmates according to their stated gender identity and not according to biological sex. The policy went into effect January 1, and since then, 261 inmates have requested transfers, nearly all of them biological males asking to be housed with women.

Among those biological males who have already been transferred into women's prison are Jessica Marie Hann. Hann beat her two infants to death. The first was two-month-old Jason, who was beaten to death while Hann was living with the child's mother Krissy Lynn Werntz, in Vermont. Hann killed ten-month-old Montana two years later, who was also the product of Hann's union with Werntz, in California.

Hann had hidden the body of Montana in an Arkansas storage unit, where she was discovered when "the contents of the unit were auctioned off," reports Women are Human, "the auction winner discovered the child's remains, which were wrapped in plastic and duct tape and enclosed in a Tupperware-like storage container." Jason's body was found in another storage unit, in Arizona.

Officers found the couple living in Portland, Maine, and discovered that their latest offspring, a one-month-old, was suffering from physical abuse. Both Hann and Werntz were arrested.

The death penalty is currently suspended in California. Hann requested cross-gender surgery in 2019, at the state's expense, claiming to identify as a woman, and then asked to be moved to a women's prison. Hann was moved to the Central California Women's Facility in Chowchilla in May 2020, and remains there still, as does the mother of the children Hann beat to death.

It was in 2018 that California law permitted prisoners to legally change both their gender and their name, and it was in 2015 that California began funding gender-change surgeries for inmates. The LA Times reports that "from January 2015 through February 2021, 65 out of 205 requests for surgery were approved and nine were completed."

The LA Times spoke to a gender non-conforming biological male who identifies as a woman and is housed in a male prison. Kelly Blackwell wants to be transferred to a women's prison. Blackwell told the LA Times that "she struggles every day to avoid being seen in her bra and panties and says she once faced discipline after fighting back when an inmate in her cell asked for oral sex."

Blackwell has been taking female hormones while in prison for 20 years, and has been in a male prison for 30. Blackwell sees this new policy, where inmates can self-identify as the gender of their choice, regardless of their biological sex, as a chance to leave men's prison and be housed with women.

But 41-year-old Tomiekia Johnson told the LA Times that guards have told the women incarcerated there that men will be coming to the Central Valley Women's Facility, located in Chowchilla, where Hann is housed. Johnson said that "guards have warned them that 'men are coming' and to expect sexual violence."

Johnson said guards told them "That if we think it's bad now, be prepared for the worst. That it's going to be off the hook, it's going to be jumping." Having experienced domestic violence herself, Johnson said of gender nonconforming biological males who identify as transgender, "I do think they should be safe, but it infringes on my right to be safe as well," she said.

Nearly 1,130 prisoners in California identify as "as nonbinary, intersex or transgender, according to the corrections department," which is a little more than 1 percent of the total prison population. Four biological male prisoners so far have been transferred into the Central Valley Women's Facility, and 21 transfers have been approved. None have been denied.

Bed availability and COVID restrictions are two reasons that transfers haven't been happening at a quicker rate, according to prisons spokeswoman Terry Thornton. Thornton said that there was a town hall held with the Inmate Advisory Council at the women's prison in Chowchilla, as well as at San Quentin for transgender-identified biological males. She said these have "helped dispel any fears."

Thornton said that "a person's gender identity is self-reported and CDCR will evaluate any request submitted by an incarcerated person for gender-based housing." To help the rollout of this new policy, the prison system has asked for a budget influx of several million dollars.

There are concerns among inmates that some of those biological males who claim to self-identify are transgender are not actually transgender, but are using the policy to get out of the violent men's prisons. Advocates say that there needs to be more education to allay transphobic fears.

One biological male inmate, Michelle Calvin, aged 50, who was transferred to a woman's prison said that while some women were welcoming, there were others who refused to room with Calvin.

"There's a lot of women here that accept me; there's some that do not," Calvin said. "There's going to be adversity everywhere and I understand that."

Another transgender inmate, Tiffany Tooks, who transferred into the Chowchilla women's prison in 2019 after having se-change surgery, said that of the transfer "For me, it was everything. I feel it's my duty to help the women that are coming here so they are not misunderstood." Tooks experienced sexual violence while in mail prison.

When Tooks transferred, the prison held meetings to get the women in the prison on board with the transfer. Tooks said: "The idea was how do we determine who really are transgender inmates coming into the prison system here and the fear of the women here who were afraid and still they are afraid that male inmates will infiltrate this prison system and cause problems."

Other inmates say they know of biological males who are self-identifying as transgender under false pretenses. However, an attorney who represents transgender-identified inmates, said that "any expression of femininity in a men’s prison places people in danger," regardless of their medical transition status.

In Washington state, a biological male who identifies as female and has been convicted and incarcerated for sex crimes was moved to a women's prison allegedly raped a female inmate. The policy of allowing biological men who say they are women into women's prisons has resulted in rape.

An employee at the Washington Corrections Center for Women in Pierce County reported that upon arrival to that facility, a biological male inmate who claims a female identity raped a female inmate.

In Canada, women who have previously been incarcerated are fighting the transfers of biological males into women's prisons. They face a battle that is at risk of being lost, as the federal government has changed its data collection rules so that biological males who identify as transgender are counted as women.