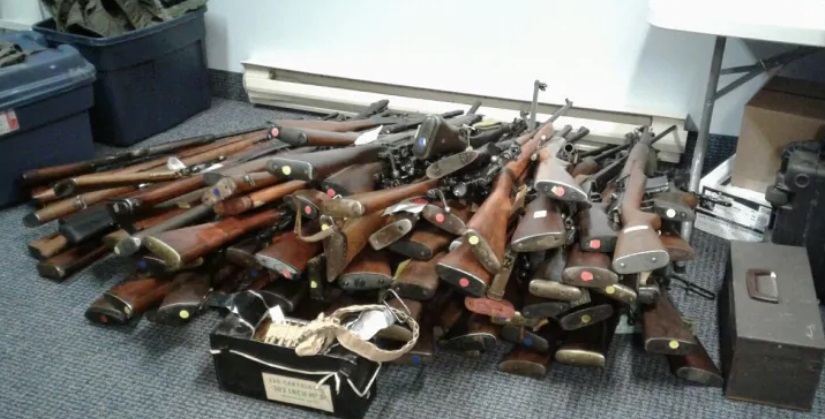 Unfortunately, the elderly gun enthusiast has been arrested and had all of his firearms seized by police. They claim this isn’t because the man purchased any of the firearms illegally, rather the man stored the firearms in an unsafe manner.

“They did actually speak to the person on the phone at the time of the call and he said there was no emergency and that he was trying to dial 411,” said  Cpl. Jennifer Clarke.

“When the police officers went to the individual’s home, they felt that they needed to get inside the home to make sure there was no emergency,” said Clarke. “With permission from the homeowner, they did enter the home.”

Clarke goes on to explain that even in the case of a misdial, police must investigate all 911 calls.

As the RCMP explain in a news release on August 7:

“Yarmouth Rural RCMP members responded to a misdialled 911 call on August 5 and made an unusual discovery while they were checking the home to ensure there was no emergency. RCMP officers found that the homeowner had a total of 100 firearms in the home, including 94 long guns and six handguns, none of which were properly secured.”

The man complied with police instructions and his arrest went of with no notable incident.

The man was later released and now has a scheduled court appearance in Yarmouth Provincial Court in October.