The editor's note itself says simply: "Contains a racist slur against Indigenous people." 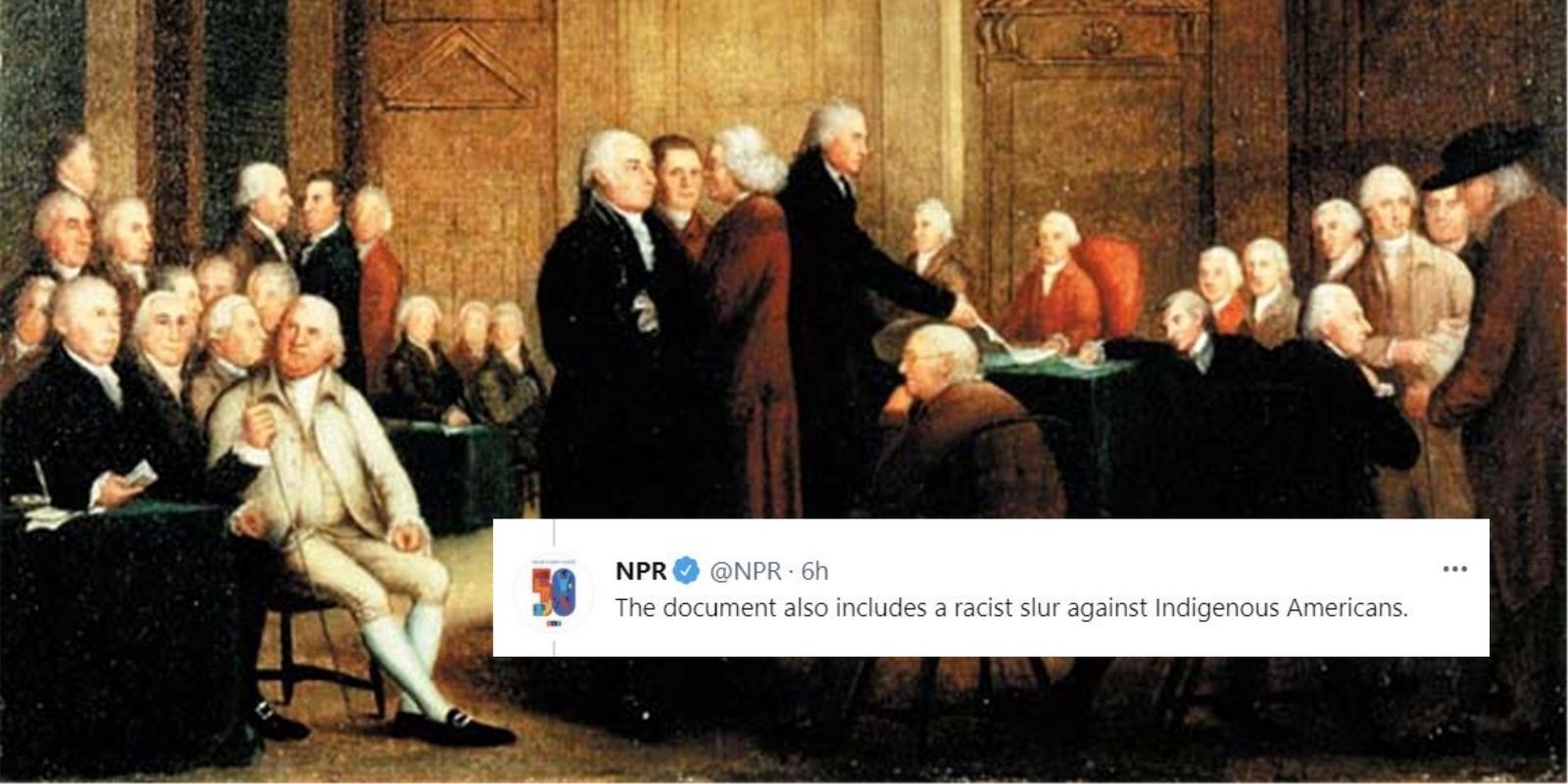 This year, however, there were a few twists and caveats.

"245 years ago today, leaders representing 13 British colonies signed a document to declare independence," NPR tweeted, linking to an article about its annual reading of the founding document.

"It says 'that all men are created equal' — but women, enslaved people, Indigenous people and many others were not held as equal at the time," NPR added.

The editor's note in question comes as an addendum to the series of tweets which NPR has been doing year after year, reproducing the text of the Declaration of Independence in full, bit by bit. The editor's note itself says simply: "Contains a racist slur against Indigenous people."

Strangely, no mention is made by NPR whatsoever of the context in which the statement was written. As was tweeted above by NPR itself, "Author David Treuer, who is Ojibway, says there is a lot of diversity of opinion and thought among Native Americans — a community of more than 5 million people — about the document's words." Trueur, NPR explained, focuses "on the the role of Indigenous Americans and the push for equality and equity."

The Ojibway were a loose confederation of states which, at their peak, had a massive extension throughout North America. They roughly paralleled the Celts in ancient times, preferring to merge peacefully with neighboring civilizations.

Most historians would agree indeed that they were very different from the Iroquois, who at the time were allied with the British Crown, and were very warlike and absolutely feared for their prowess on the battlefield by Europeans and other Indigenous cultures alike.