According to a new study by StatsCan, the number of immigrants who become full Canadian citizens has dropped significantly. 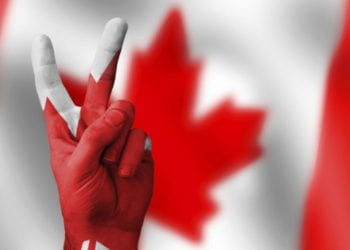 According to a new study by Statistics Canada this week, the number of immigrants who go all the way to becoming Canadian citizens has dropped significantly. But the bigger picture is more complicated than it seems.

“There are a number of factors that created the decline,” former director-general with Immigration Canada, Andrew Griffith, told CBC.

The decline is significant: from 75 percent in 1996 to only 60 percent in 2016. Factors such as processing fees, complicated language in the citizens’ guide and citizen test difficulty have contributed to the decline.

CBC reports that “the processing fee for citizenship used to be $200, but the amount was increased to $630 under the previous Conservative government, Griffith said.

“If you look at a family of four, you’re talking about $1,500 or so. That’s a significant burden.” Griffith added.