Applicants must also have 16 hours of firearm training, provide four character references, and list the contact information for any domestic partners or adults of any kind they live with. 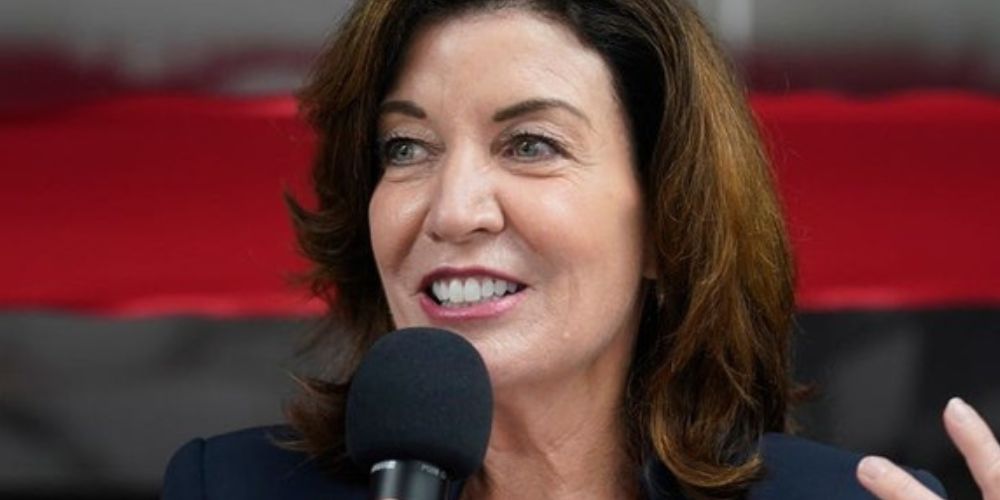 According to the the legislation, part of Hochul's new criteria to obtain a concealed carry permit will be an applicant giving the government a list containing three years of history of their current and inactive social media accounts. Applicants must also have 16 hours of firearm training, provide four character references, and list the contact information for any domestic partners or adults of any kind they live with.

Potential applicants will also be required to show "good moral character," meaning "the essential character, temperament and judgment necessary to be entrusted with a weapon and to use it only in a manner that does not endanger oneself and others."

At a press conference regarding the new legislation, Hochul said "we are creating a definitive list of sensitive locations where individuals will not be able to carry firearms."

Another new rule is a "Default of No Concealed Carry on Private Property and Businesses Unless Deemed Permissible by Property Owners." Hochul said of this law, "We are making 'no open carry' the default position for private businesses. That means that any business, grocery store, retail, private home, place that wants to allow guns on their premises will have to demonstrate that and establish that they put a sign out there that says concealed carry guns are welcome here."

According to the Associated Press, Republican lawmakers were "incensed" and commented on the unconstitutional nature of the new New York gun laws and predicted, again, they'd be struck down.

The state GOP said, "the legislation not only violated the Second Amendment, but also privacy and free speech rights."

This new legislation comes hot on the heels of the Supreme Court's June 23 ruling in the case of the New York State Rifle and Pistol Association v. Bruen. In that case the court ruled that a New York gun-control law that required citizens to show "proper cause" to obtain a concealed carry license was in violation of the Constitution.

A day after the ruling both New York City Mayor Eric Adams and Hochul announced they were scheming on legislation that would work around the Supreme Court's ruling. Hochul called the Democrat led legislature back into session at Albany and tasked them to work on the new rules.

"Our state will continue to keep New Yorkers safe from harm even despite this setback from the Supreme Court," Hochul proudly said on Friday.

The governor's website lists the new gun regulations and slams the Supreme Court even more, calling their decision "reckless" and "senselessly sending us backward and putting the safety of our residents in jeopardy."

Much of Hochul's new gun legislation mirrors and reinforces several new laws that were passed earlier in June. Those earlier regulations outlawed many types of body armor but were unspecific and the new July 1 laws define more specifically the types of bullet proof vests that are now illegal in New York.