Andrew Abdullah, 25, has been charged with second-degree murder and second-degree criminal possession of a weapon over the killing of Daniel Enriquez, a 48-year-old male that worked at Goldman Sachs. 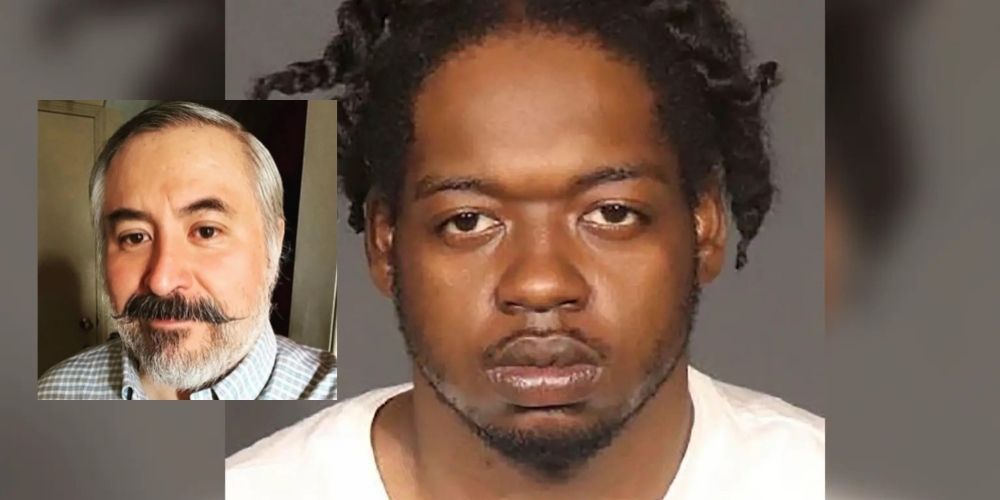 The suspect in the NYC subway shooting, that allegedly shot and killed a sole victim on Sunday, has been charged with murder after he surrendered to law enforcement officers in the Chinatown neighborhood on Tuesday following a multi-agency manhunt.

Andrew Abdullah, 25, has been charged with second-degree murder and second-degree criminal possession of a weapon over the killing of Daniel Enriquez, a 48-year-old male that worked at Goldman Sachs.

"I'm glad for the city. It doesn't change anything for me, though. I don't get any relief," Enriquez's partner Adam Pollack said Tuesday after officers arrested the Abdullah, according to New York Post.

Court documents show that Abdullah has an extensive criminal history with 19 prior arrests for busts that included criminal possession of a weapon, assault, robbery, menacing and grand larceny.

Enriquez was riding the Q train from Brooklyn into Manhattan when Abdullah fired a single bullet into his chest. He was transported to Bellevue hospital and died shortly later.

NYPD Chief of Detectives James Essig said during a press brief on Tuesday that the gunman displayed erratic behavior and was "pacing back and forth inside the train car muttering to himself" before the shooting," according to New York Post.

"The only distinguishable words heard were, 'no phones,'" Essig said. "The male suddenly and without any prior interactions or provocation walked up to our victim… and shot him one time in the chest."

Abdullah was in negotiations with Mayor Eric Adams through a controversial Brooklyn bishop and planned to voluntarily surrender himself to a local police precinct but was arrested instead by City Marshals at the Legal Aid Society offices in Manhattan while negotiating, New York Post police sources said.

Bishop Lamor Whitehead told reporters outside the precinct that he was shocked when "eight officers, guns drawn, ran by me and made (Abdullah) get on the floor.

"This man is innocent," Whitehead said of Abdullah. "His family has untold paperwork showing that he has mental health issues. As he states, he doesn't remember anything."

"I pray that the courts do the right thing with this young man," Whitehead said. "But as per him wanting to turn himself in, I don't believe he's a villain."

Whitehead and Mayor Adam's are allegedly personal friends which is why the bishop reached out to the mayor's office wanting to negotiate a peaceful surrender.

"Mayor Adams, we've been in contact all morning and he was ready to be here for the young man to be turned in," Whitehouse said outside the stationhouse, according to the New York Post.

"I wish the police department would have done it a little different and allowed what pastors do. This is what we do," Whitehouse said. "And this really hurts me because I thought we had a relationship, right?"

"No one, no one, no one should have this happen to their family. And the worst part is, even if they catch this person he's going to be out again," Enriquez's sister, Griselda Vile, said in an interview.

"I wish you guys would go back to Mayor Adams and tell him the city is not safe," Vile continued.

According to Fox News, "New York has become known for its lax bail reform laws that allow a large number of offenders to be released on their own recognizance following arrest and arraignment, although this typically does not apply to murder charges."

"I want every New Yorker to realize this could be your reality tomorrow – your worst nightmare could come true," Vile went on in her statement, concluding with, "I don’t want this to be an attack on the mayor. I want him to focus on New York as a community."

Her husband, Glenn Vile, was also present, and concurred with a simple and direct message to the mayor: "Do your job. Get crime off the streets."