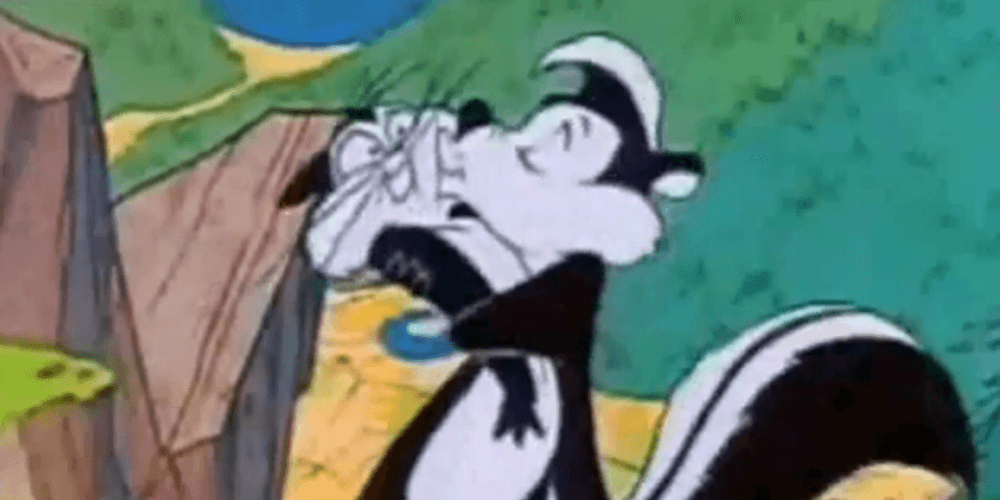 In a tweet, Blow wrote that conservative outlets “are mad [because] I said Pepe Le Pew added to rape culture,” posting it alongside an animation from the 1940s depicting Pepe Le Pew’s unwanted sexual advances towards a nameless female cat whom he mistakes for a skunk (retroactively named Penelope Pussycat).

1. He grabs/kisses a girl/stranger, repeatedly, w/o consent and against her will.
2. She struggles mightily to get away from him, but he won’t release her
3. He locks a door to prevent her from escaping.

While the situation clearly depicts Pepe as the aggressor, who—in the end—never actually gets what he wants (a romantic relationship with the cat-Pepe-thinks-is-a-skunk), Blow argues that the harmless cartoons turned boys into rapists.

“This helped teach boys that ‘no’ didn’t really mean no, that it was a part of ‘the game’, the starting line of a power struggle,” wrote"> Blow on Twitter. “It taught overcoming a woman’s strenuous, even physical objections, was normal, adorable, funny. They didn’t even give the woman the ability to SPEAK.”

Blow clearly received the opposite message intended by the cartoonists, which was to make fun of sexually predatory French men, who smell bad, who pursue American women who want (presumably) nothing to do with them. Variations of the cartoon's formula existed throughout its run, in which Pepe mistakes a male cat and even a dog as female skunks.

It might be time to buy up all those old copies of Pepe Le Pew cartoons before they're banned.