The book offers a fascinating, thrilling, behind the scenes look at how Project Veritas has exposed hidden truths. It deserves to be on the bookshelf of anyone interested in the mechanics of news and information. 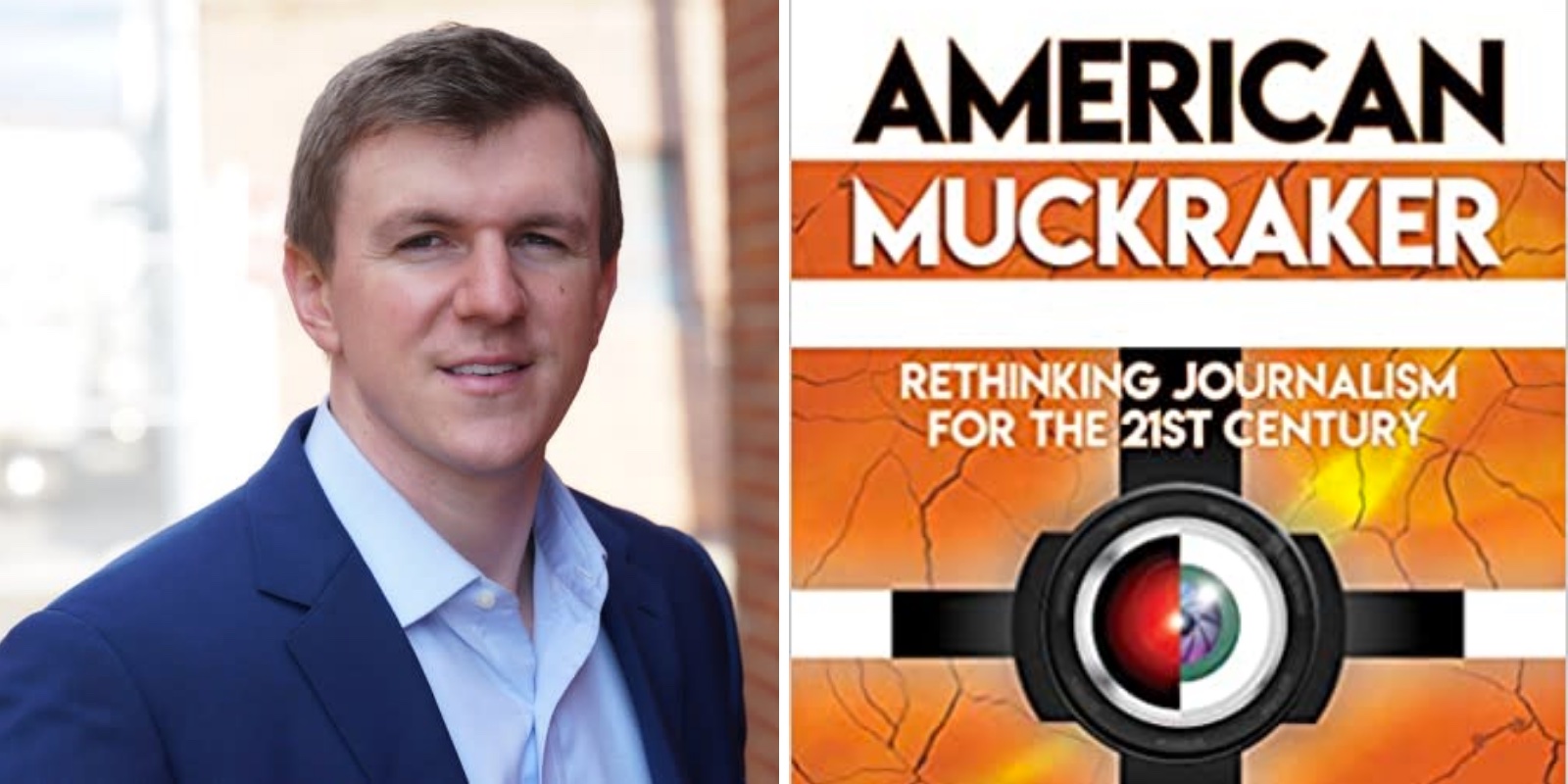 The first thing one notices in reading James O'Keefe's fantastic book American Muckraker, Rethinking Journalism for the 21st Century, is the typography and hypertext. Every page is anchored by multiple and heavy footnotes. Each chapter ends with a bold faced list of works cited. The author knows that his reputation, a slanderous one, in much of the mainstream media is one of chicanery, sleight of hand, and dishonesty. He is saying, "you want sources? Here's your freakin' sources."

Throughout the work, O'Keefe draws compelling lines between his work, as well as that of David Daleiden, the exposer of Planned Parenthood's baby parts selling racket, Andy Ngo, who invented coverage of Antifa, to historical figures of investigative journalism. Ida Tarbell, Upton Sinclair, and a whole host of 20th Century gadflies do have much in common with today's muckrakers, but of course, there is one essential and all encompassing difference. That is, the internet.

To understand how the internet changed the news media we must back up a bit. For a century journalism has been divided, like church and state, between straight news and opinion. The latter was first to see fundamental change in the digital age. By 2000, anyone with a laptop, an internet connection, and chops could compete with The New York Times and the Washington Post. That is exactly what happened.

Straight news is trickier. It has a much higher bar in regard to resources. Outlets need bureaus, expense accounts, myriad editors, and as O'Keefe sagely points out, maybe more than anything, access. As he puts it early in the book, "Generally speaking, beat reporters become wholly dependent upon their access to those in power." Obviously this creates a perverse incentive to please the source in order to maintain the access.

O'Keefe, first under the tutelage of his mentor, Andrew Breitbart, and now as leader not just of Project Veritas, but of the "Veritas Army," has found a 21st Century work around. The key ingredients in his recipe for new straight news are video and fearlessness. The latter is common to those muckrakers who came before him, the former, in an era when nearly everyone walks around with a high-end video camera, is the doorway into this century's unique and powerful spin on the tradition.

The main body of the book offers a fascinating, sometimes thrilling, behind the scenes look at how Project Veritas has exposed hidden truths. These take us into their high profile exposes of big tech, government, and the media. For this alone it deserves to be on the bookshelf of anyone interested in the mechanics of news and information that appear, as if by magic, on our assortment of silvery screens. The reader sees how the pure, piercing ding of notification can be wrought from lies and manipulation.

But this is also a very personal, even literary work. There is an interplay of resentment and pride, fear and courage. O'Keefe can appear as hunted and haunted by the legal system and powers that be of the media. He is at once prepared for martyrdom and confident of eventual success. His work, and that of his cohort of New Right muckrakers is the fringe, the avant garde, and these are not insults, but compliments.

What O'Keefe understood very early on, at a time when many conservatives still saw capital C corporations as their natural ally, was that these fountains of billions have no allegiance to America, to freedom, or to the truth. Amid his nearly endless references to works of the past century are many traditionally associated with the left. Noem Chomsky, it turns out, was more or less correct about the nature of corporate and political power. The only thing he failed to anticipate was that one day those very corporations would go woke. O'Keefe is right to give us the lessons of Saul Alinsky now that the chamber of commerce has donned the garb of the campus radical.

The biggest question one is left with upon closing the book is what will the relationship between the muckraker and the mainstream media be going forward? Optimistically, in the final breaths of the book, O'Keefe writes, "If the story is big enough, it will force its way into mainstream circulation." Perhaps. But here we must understand that the muckraker and the mainstreamer labor under very different purposes.

The muckraker is the truth teller, the mainstreamer is the story teller. Their dance, and occasional battles, are as old as journalism itself. O'Keefe's vigorous call to action promises that a new generation of muckrakers will keep up their end of the bargain. And for that we can all be grateful.