Former Olympic boxer arrested after threatening to shoot up gym

Augustama is currently being held on $3 million bond at the Turner Guilford Knight Correctional Center in Miami after the judge deemed him to be a "great danger" to the community. 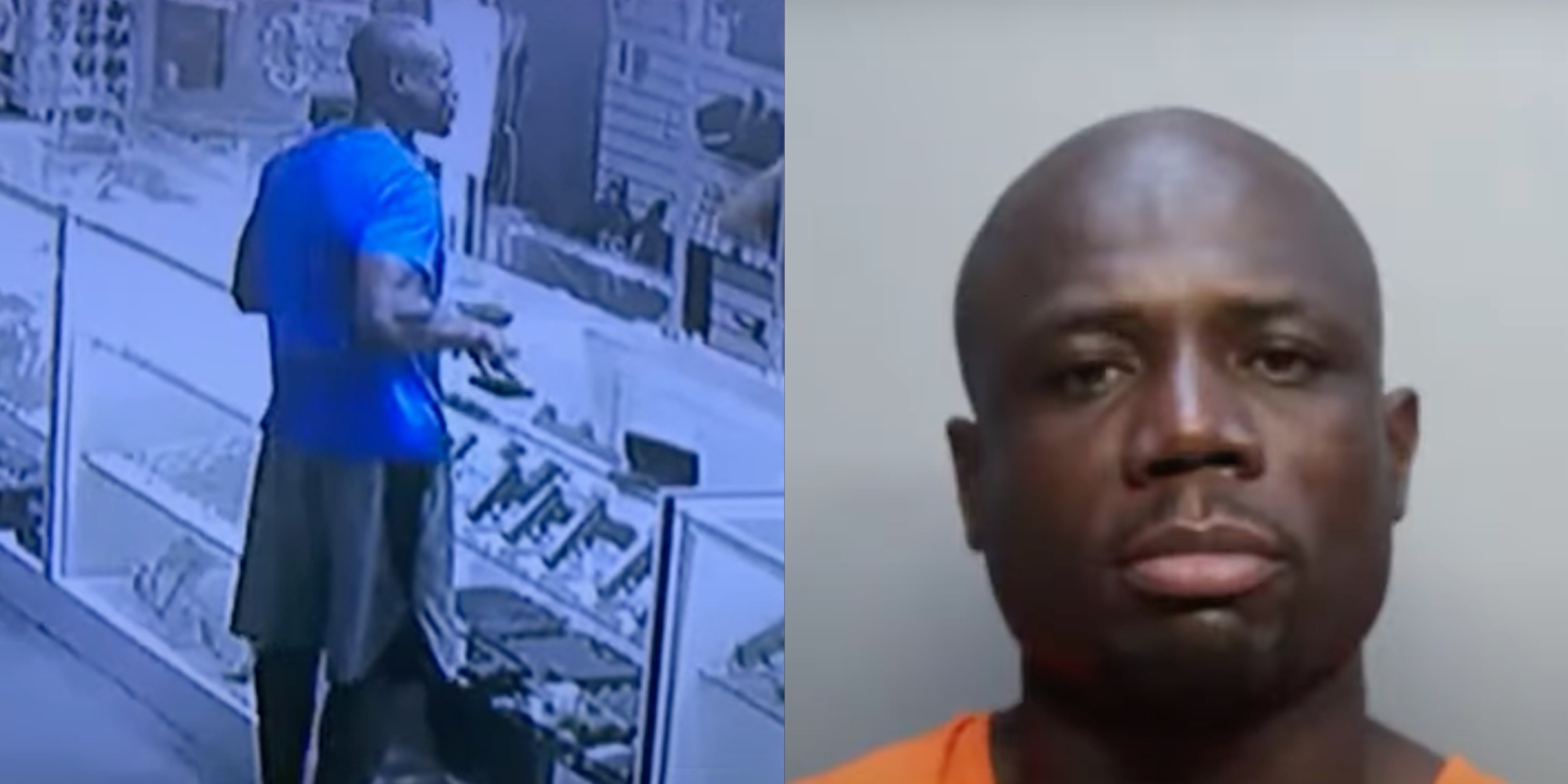 On Tuesday, former Haitian Olympic boxer Azea Augustama was arrested and charged after threatening to shoot up his former gym in Miami, Florida.

Augustama is currently being held on $3 million bond at the Turner Guilford Knight Correctional Center in Miami after the judge deemed him to be a "great danger" to the community.

According to NBC 6 South Florida, Augustama began issuing threats to the owners and employees of the BOXR gym early Tuesday, and within hours he was captured on surveillance video attempting to buy an AK-47 from Lucky Pawn & Jewelry in Opa-locka.

Augustama paid the $150 deposit, but after informing him that there was a seven-day waiting period, the employee noticed some serious red flags. In an Instagram clip that has since been deleted, Augustama stated that he was "not sure what's gonna happen on the 22nd." A previous post revealed that he had "confirmed" a "protest" at BOXR for that day.

Authorities were alerted, and within hours, Augustama was in custody.

As TMZ Sports reports, he was hit with three felony charges, two counts of issuing written threats to commit a mass shooting and one count of threatening to kill or do bodily harm.

Augustama had been arrested following an incident at the gym earlier this month, and became irate when he returned with police on Tuesday morning to retrieve his belongings only to find them missing. It was then that the threats in question began.

"We had to tell him to leave," the gym's owner Mateo Attalla said in an interview with NBC 6. "We canceled his membership, gave him his money back."

The owner added that one of his friends, an officer with the Miami Police Department, informed Augustama at the time that he would be "trespassing" if he ever came back.

Augustama had represented Haiti at the 2008 Beijing Olympics, however, he lost his light-heavyweight tilt to his Brazilian opponent. As BoxRec reports, Augustama went 20-3 during his professional career, taking part in his last fight in 2017.