By extorting security fees from those who seek only to express their opinions and listen to others, Mohawk College has effectively blamed the victim and encouraged the bullies. 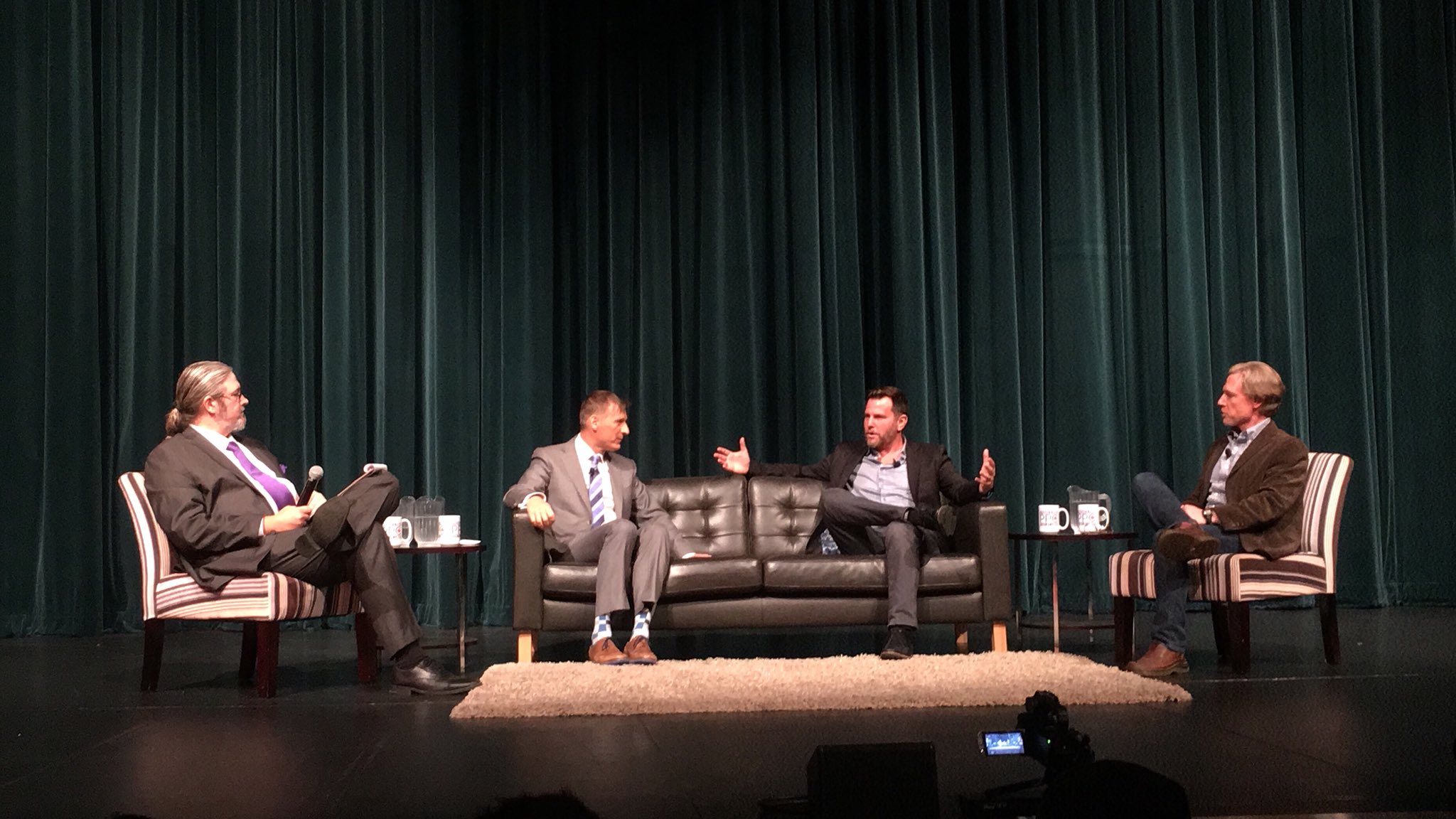 Disclosure: Lawyer John Carpay is president of the Justice Centre for Constitutional  Freedoms (JCCF.ca), which has written to Mohawk College President Ron  McKerlie about not imposing security fees on innocent parties.

Like so many other Canadian colleges and universities, Mohawk College in Hamilton is asking the wrong people to pay for event security.

Rubin interviewed Bernier at a ticketed event on Sunday, September 29, using the 1,000-seat McIntyre Art Centre, rented from Mohawk College.  Threatened “protests” almost derailed the event after Mohawk College increased the “security fees” by an unknown quantum.  Rubin agreed to pay the sum, in order to ensure the event still went ahead.

Rubin, who is a gay and Jewish libertarian has been denounced by Evan Balgord of the Canadian Anti-hate Network as “far-right” and as “a significant part of a radicalization process ushering people into the neo-Nazi movement”. However, Rubin is a respected American political commentator with a syndicated show, not some deranged hateful maniac.

Rubin isn’t charged with a hate crime, or hate speech, and he’s not on any Interpol wanted lists. That Balford would prevent Rubin from speaking says more about Balford than it does about Rubin.

In a similar fashion, Balgord claims that many supporters and organizers of the libertarian PPC are “bigots, members or supporters of hate groups, radical conspiracy theorists, or full-blown neo-Nazis.”

Sadly, Balgord’s accusations are not unique, and his tactics are not original.  More and more, intolerant people denounce the speech they hate as “hate speech,” then move quickly to argue for “de-platforming”, or silencing their opponents.

They elevate their own opinion to a new legal standard and demand societal compliance. Balgord and his ilk hate the marketplace of ideas, and the personal liberty to participate in it.  They claim that robust debate of diverse perspectives in a free society somehow “legitimizes” actual neo-Nazis.

Shree Paradkar, the Toronto Star’s “race and gender columnist,” suggests that giving Bernier a platform is like giving a platform to flat-earthers.  Even if this broad and sweeping comparison about a public figure’s diverse political platform were accurate and fair, Paradkar is still wrong because she believes that we should not even listen to opinions we strongly disagree with, and that media should censor the “wrong” views by not reporting on them. But if a candidate running for office did believe that the earth is flat, should media not report on that? According to Paradkar, the “free speech argument” that media should cover Bernier (as they do other party leaders) validates “hate speech.”

If someone found Paradkar’s speech to be “hateful,” would it be okay to “deplatform” her from her privileged place as a media talking head, and to use whatever means are necessary to ensure that as few people as possible have a chance to listen to her “extreme” views? Why does Paradkar get both a platform and a veto on who else can be in the discussion?

And why is screaming “hate” the ultimate veto? Hate is a personal feeling, experienced subjectively by individuals. Absent definition, “hate” is devoid of any objective way to measure it.

Bernier’s response that “people who are racist and (don’t) believe in the Canadian values aren’t welcome in our party” will not deter the likes of Balgord and Paradkar from arguing that Bernier should be silenced.

In their own minds, their own accusations of “racism” and “hate” carry far more weight than their opponents’ denials. This is the same sanctimonious, unvarnished arrogance by which violent groups like Antifa (“anti-fascists”) use physical force to obstruct, interrupt and shut down the events of people they disagree with (much like fascists in Europe did during the 1920s and 1930s).

I will be the first to defend the free speech rights of Balgord and Paradkar to spew their vitriol as they please, and I will also defend the legal right of Rubin and Bernier to contemplate a defamation action over false and damaging accusations.

If such legal action were commenced, the court would sort out whether the accusations of hatred, “far right” and neo-Nazism are true or false.

Mohawk College is a taxpayer-funded, government-controlled institution.  The taxes which support it come from a diverse public with views as diverse as the Canadian mosaic. It’s one thing for ideologues and activists to cry “hate” whenever someone disagrees with them, followed by demands that no college, university, library or other venue provide “a platform for hatred.”

It’s quite another for public and taxpayer-funded institutions like Mohawk College to cave into these tactics by imposing security fees on the person who wants to express his views, or on the group that wants to host a speaker.

The need for a large security presence arises solely from those who threaten to disrupt, obstruct, shout down and shut down the speech they disagree with. For example, at the September 29 event, some masked “protesters” physically obstructed an elderly woman who was using her walker to make her way slowly to the entrance, to presumably listen to what Rubin and Bernier had to say.

While physically preventing her from using the crosswalk (a violation of several civil statutes as well as section 175 of the Criminal Code), they shouted “Nazi scum, off our streets!” at this vulnerable senior citizen.  Without this kind of behaviour, there would be no serious need to hire security, beyond a token presence of a handful for a large event.

It’s wrong to force a person or group to pay money to exercise her or his legal right to speak peacefully at a college or university campus.  Mohawk College should force disruptive and violent groups like Antifa to pay the security costs, instead of forcing Antifa’s victims to pay.

Unfortunately, Mohawk College is following the bad example of other universities.  For instance, the University of Alberta demanded that a small number of pro-life students pay $17,500 in security fees as a condition for erecting a stationary educational display on campus for two days.  The U of A could easily have demanded this $17,500 from the self-identified students who spoke publicly on social media about their intentions to shut down pro-life expression on campus by using physical obstruction and other illegal means. But it is usually easier to pacify the mob.

By putting a price on free speech, Mohawk College contributes to a chilling effect on free expression on its own campus, contrary to its own stated policies. Mohawk College claims to oppose obstructing or interfering with “the freedom of others to express their views,” but then makes Bernier and Rubin pay for the bad behaviour of other people.

Lawless and disruptive individuals are motivated to continue behaving badly because Mohawk College and others pander to mob censorship, by forcing the victims of bad behaviour to bear the cost of that behaviour.

By extorting security fees from those who seek only to express their opinions and listen to others, Mohawk College has effectively blamed the victim and encouraged the bullies. This punish-the-victim approach amounts to condoning the mob censorship of free expression.