Online ISIS supporter to be released in B.C. while awaiting deportation

As part of his release, Hamdan must meet more than 25 conditions, according to spokesperson Melissa Anderson; however, she failed to specify what these conditions would be. 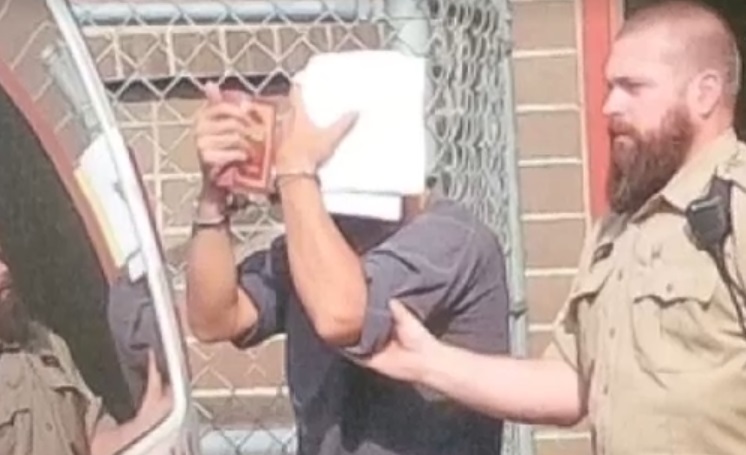 Othman Hamdan, a man who praised ISIS online for several years, has been detained by the Canada Border Services Agency (CBSA) since September 2017. However, following a detention review hearing on Friday, the current B.C. resident from Jordan has been ordered released following a ruling by a member of the Immigration and Refugee Board of Canada (IRB), reports the Vancouver Sun.

As part of his release, Hamdan must meet more than 25 conditions, according to spokesperson Melissa Anderson; however, she failed to specify what these conditions would be.

As Global News reported on August 2, Hamdan will likely have to live in the basement room of a friend who testified at his trial and agreed to post a $2,000 bond and have to attend counselling in nearby Vernon.

“The bondsperson Hamdan will live with a former co-worker who was his roommate when he made some of the online posts that led to his arrest. The bondsperson is self-employed and said he worked 40 to 60 hours a week,” reports Global News. The friend said that in the event he cannot watch him, his fiancé still would be able to monitor Hamdan.

While Hamdan will be released, it is only to await deportation.

Furthermore, despite his history of supporting various ISIS efforts in the Middle East, he has no history of violence since he came to Canada. With that said, it is not clear how much longer Hamdan’s deportation process will last and when the final order will come.

“Originally, Immigration and Refugee Board (IRB) Member Geoff Rempel had rejected the Canada Border Services Agency’s concerns that Othman Hamdan was still a threat and ordered his release for Friday in a small town in B.C.,” reported The Post Millennial last month.

A month ago, his release was uncertain, it all depended on the CBSA’s appeal, which has since proven successful.

Hamdan was identified in 2014 for making threats online, as well as making detailed posts about how to fatally attack Canadians. He was found not guilty of terrorism in 2017 by the IRB, but it was suggested he be deported to Jordan.

Hamdan was originally going to be deported in 2018, but this decision was overruled after Hamadan agreed to several conditions, including: no longer posting on the internet, never possessing a weapon, a ban on driving, attending counselling, and living with a friend who posted a $2,000 bond.

He was stripped of his refugee status after his online activity was revealed. Furthermore, his claim of conversion to Christianity was essentially found to be bogus.

In the Federal Court’s 2018 ruling, they determined that Hamdan was essentially a “Christian of convenience in order to get into Canada.

Judge Sean Harrington characterized Hamdan as “an unmitigated liar.” During his ruling, he said, “One must wonder if he has uttered one truthful word since he came to Canada in 2002.”