All homes in Port Colborne must not have any "painted slogans, graffiti and similar defacements." 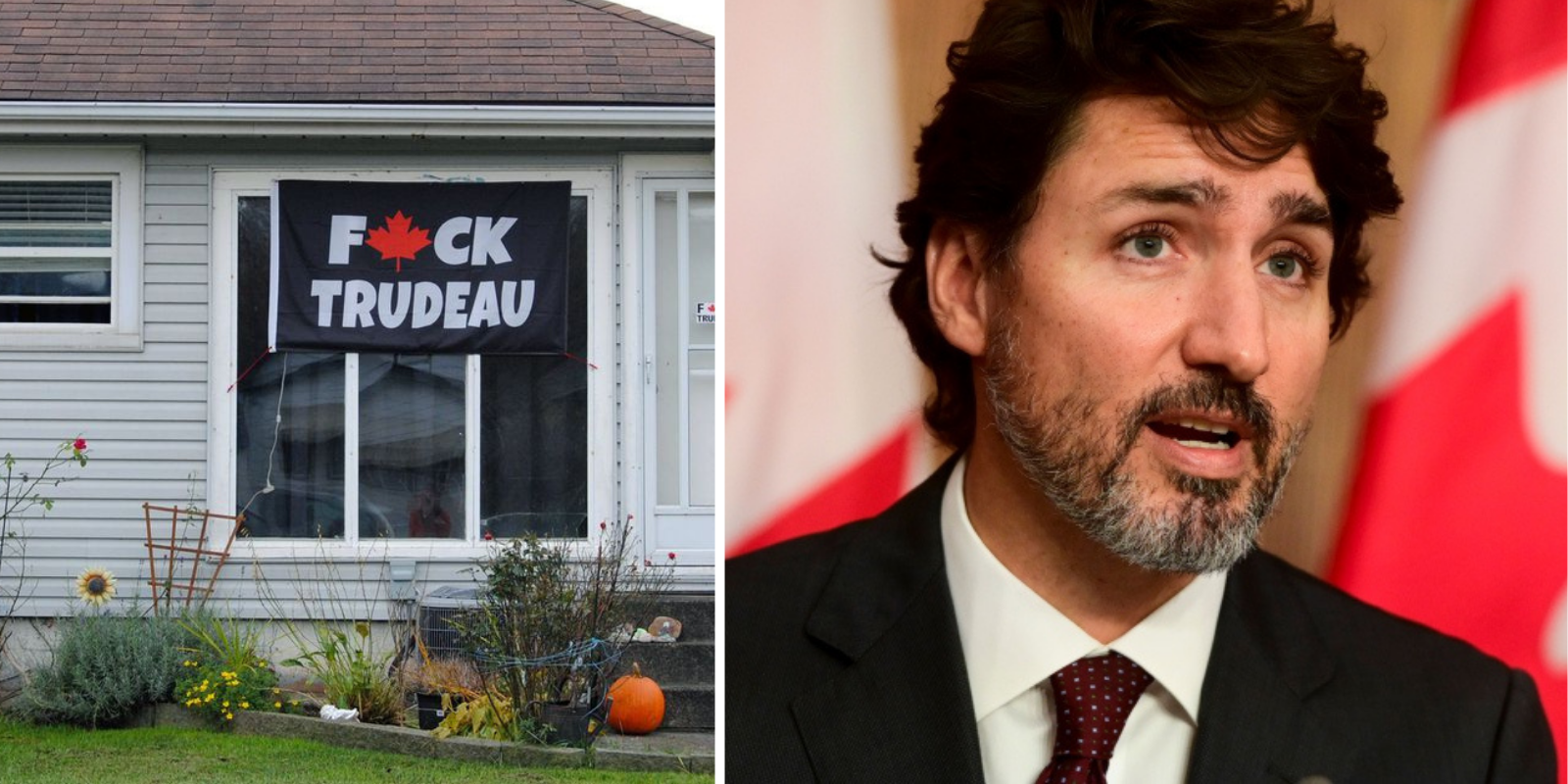 A homeowner in Port Colborne, Ontario has been ordered to remove a flag from his house that says "F*** Trudeau," according to the Port Colborne Leader.

Multiple residents complained about the flag both to the local newspaper and the municipal government, citing concerns over its supposed vulgarity. The resident also had a sticker with the same message on his door.

The municipal government has since confirmed that they received these complaints. After an inspection was performed by a by-law officer, the municipality confirmed that his banner was in violation of local laws.

All homes in Port Colborne must not have any "painted slogans, graffiti and similar defacements." The city went on to say that they are acting to remove the banner.

Concerns were also raised that this banner was close to a local high school.

One journalist on Twitter criticized the decision. "You cannot insult our tyrants," he said. "They can take your job, your home, ban you from going outside but you can never hurt their feelings."

During the election, Trudeau claimed that he had to suffer through more abuse than any other prime minister. He was quickly ridiculed for this claim by journalists.