A man in Ontario claims that he is being pushed by hospital staff to end his life rather than continue receiving treatment. 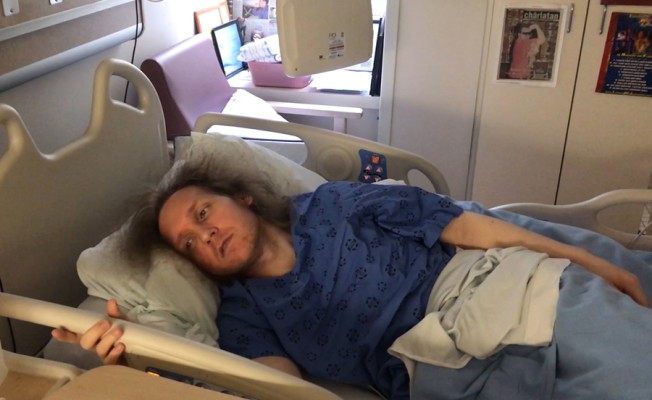 Alex Timothy
Nov 9, 2022 minute read
ADVERTISEMENT
ADVERTISEMENT
A man in Ontario claims that he is being pushed by hospital staff to end his life rather than continue receiving treatment.

Roger Foley suffers from cerebellar ataxia, a disease that attacks the brain and muscles, and has been bedridden for six years. The 47-year-old requires continual help in order to eat, wash and sit up.

“They asked if I want an assisted death. I don’t. I was told that I would be charged $1,800 per day [for hospital care]. I have $2 million worth of bills." he told the New York Post. "Nurses here told me that I should end my life. That shocked me.”

Foley has filed a lawsuit against the Victoria Hospital London Health Sciences Centre, the health care network in London, Ontario responsible for his wellbeing.

He claims in the lawsuit that not only has there been verbal pressuring to end his life, but that hospital staff have been neglectful and manipulative in a way that is trying to push him into assisted suicide.

“Mr. Foley was told by hospital staff that he had stayed at the hospital for too long and if he did not receive self-directed funding, he should apply for assisted death as an option," the lawsuit claims.

Foley claims that, for a period of time, the hospital did not provide a Hoyer Lift or personnel to operate it. This machine is absolutely necessary to hoist him into a seated position so that he can eat, drink, and take medicine. For days at a time, he asserts that he was unable to eat and drink for days at a time, and almost died as a result.

Assisted suicide became legal in Canada in 2016, and now lead the world in medically-assisted deaths.

A hospital spokesperson stated that "if the patient does not verbally express an interest [in assisted-suicide] or changes their mind, our healthcare team will not engage in these conversations.” However, recent guidance documents given to healthcare providers state that doctors must tell eligable patients about medically-assisted deaths, as part of their duty to provide informed consent.

Marie-Claude Landry, head of Canada’s Human Rights Commission, has stated that euthanasia "cannot be the default for Canada's failure to fulfil its human rights obligation" and shares "grave concerns" about Canada's euthanasia laws having gone too far.

Human rights advocates are deeply concerned that suicide measures are being suggested to people who have other options available to them, arguing that the doctor-patient power dynamic could be seen as encouragement to patients who might not otherwise have considered it.

Foley does not want to die yet and is continuing to fight for his right to live with dignity.