Seven facts the mainstream media aren’t telling Ontarians about the teachers’ strikes. Teachers in Ontario have it pretty good. 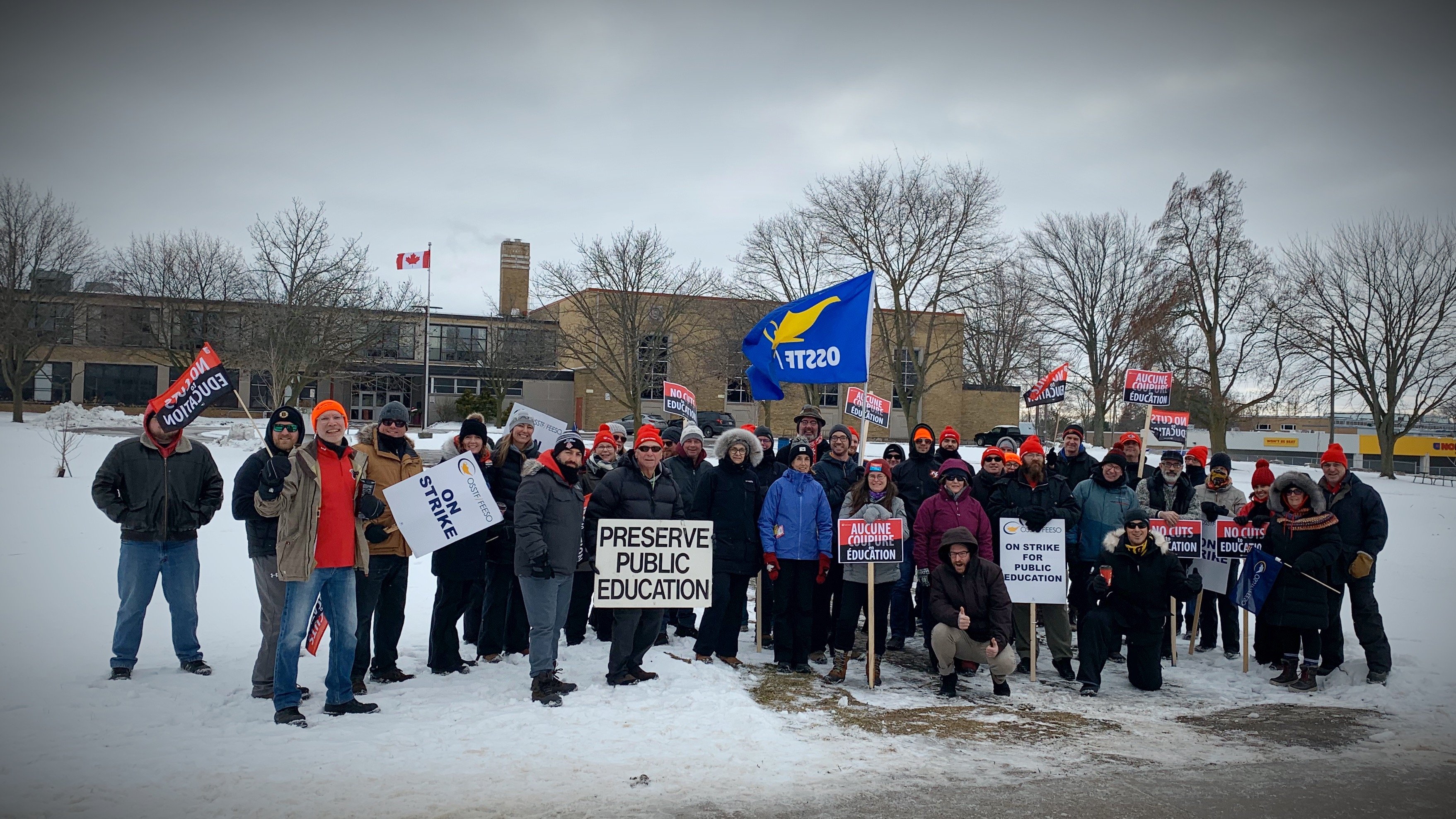 The Ontario teachers’ strikes are proving to be more acrimonious than anyone expected. Some Elementary teachers have now opted out of sending  report cards to parents, and have already begun to engage in rotating strikes.

The Ontario government, on the other hand, have offered up to $60 per day for parents who are feeling the fiscal consequences of the strike, and rumours of back to work legislation is being floated around the corridors of Queen’s Park.

The teachers’ strikes are deeply consequential and have affected the day-to-day lives of 13 million Ontarians who live in the most populace province in Canada. Due to the vast impact this strike, and the mainstream media’s lack of balance in the coverage (often siding with the unions and tecahers), The Post Millennial has compiled a list of things you need to know about the Ontario teachers’ strikes.

1. Ontario’s teachers are among the highest paid in the country

Ontario’s teachers are among the best paid in the country. In the Greater Toronto Area, for instance, top teachers can expect to get paid up to $96,000 a year. The average salary for a teachers in Ontario is $89,300 for elementary teachers and $92,900 for high school teachers. In contrast, the average Ontarian earns $55,000 per year.

A 2017 study found that teachers have been taking more and more sick days over the past five years. On average, sick days have increased by over 30 percent. In 2020, another report revealed even starker results with teachers taking 70 percent more sick days than over a decade ago.

3. Teachers get a whole lot of time off

Ontario’s teacher’s have a pretty great job. Not only do they get paid a wage that is far higher than the average Ontarian, they also get a lot of time off. Due to breaks in the school year, teachers are allowed three whole months off, on top of the aforementioned sick days.

So far, the OSSTF has spent $336,389 on Facebook ads alone. These ads usually attack the Ford government and have been running since June. In one week alone, they spent over $40,000. They’re also waging a war of words against Ontario Education Minister Stephen Lecce through the mainstream press.

5. The Ontario government has already made concessions, but unions won’t meet in the middle

Premier Doug Ford has offered numerous concessions to the teachers’ unions from the government’s initial demands. Ford, for example, offered to meet the teachers half-way on classroom size. This, however, was not good enough for the teachers, and they walked away from the negotiation table. They’re also refusing to send report cards to parents and help out in after school activities, despite claiming the strikes are primarily for the students, not their pay cheques.

If you’re going to teach mathematics to a new generation of students, you should probably have to prove that you have some basic ability to do so. This hardly unreasonable request, however, created some tension with the teachers’ unions. Despite EQAO tests showing all-time lows, the unions were upset that teachers had to score at least 70 percent in a math test.

After a decade of Liberal government, Ontario’s debt stands at over $350,000,000,000. This figure constitutes one of the highest sub-national debts in the world. Due to this, the Ford government is trying to cut back public sector salaries, which means slowing down the rate at which teachers are paid. Teachers in Ontario also have what many experts consider to be a great pension package.