Ontario teachers need to realize how great they have it

Teachers in Ontario have it made. They get an incredible amount of holidays, high salary, generous benefits and a gold-plated pension. Stop complaining. 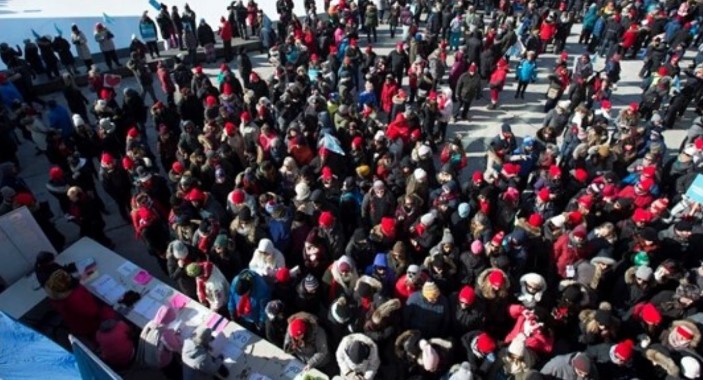 The Ontario teachers strike has been going on for a while, and the teachers’ unions continue to escalate the situation.

Ontario’s four largest teachers’ unions will be staging a one-day strike across the province on Feb. 21 if there is not an agreement reached with the provincial government. The four teachers unions involved in the strike are the Elementary Teachers’ Federation of Ontario (ETFO), the Ontario Secondary School Teachers’ Federation, the Ontario English Catholic Teachers’ Association, and the Association des enseignantes et des enseignants franco-ontariens.

Rotating strikes have been going on in my neighbourhood in the past few weeks. I have driven by these demonstrations.

Some people honk their horns or cheer to show support for the teachers. I do not honk my horn or cheer. I roll down the window of the vehicle I am in and make some blunt comments.

“Quit complaining!” I shout at the crowds of teachers. “You have the best part-time jobs in the world!”

Ontario’s teachers should not be striking, because they already have amazing jobs.

The ETFO Benefits Plan Guide says Ontario’s public elementary school teachers receive health insurance that includes up to $12,000 for fertility drugs per lifetime, two pairs of custom orthopedic shoes per benefit year, and up to $1,000 for massage therapy if a doctor’s note is provided. Their dental insurance covers 100 percent of dental check ups, x-rays, and fillings, 100 percent of root canals and related services, and 50 percent of child and adult orthodontics.

Vacation time is abundant for Ontario’s teachers. They have eight weeks off for summer vacation, two weeks for winter break, and one week for March break.

One reason why Ontario’s teachers are striking is salary. The Ontario government hopes to provide a one percent pay raise per year for the next three years, but teachers want two percent. Teachers should not be complaining, because they already make a substantive amount of money.

A poll done by Campaign Research found that the majority of Ontarians are opposed to giving teachers a two percent pay raise.

Ontario’s teachers have a pension. The Ontario Teachers’ Pension Plan (OTPP) said that teachers are eligible to retire with an unreduced pension when their age and qualifying years equal 85 years old or when they turn 65 years old. This means that a teacher who started working at 25 could retire by 55 if they work for 30 years.

Statistics Canada reported that the average age of retirees in Canada in 2019 was 64.3 years old, so teachers can afford to retire earlier than most people.

Their pensions are cushiony. The OTPP said that until a teacher turns 65 years old, his or her pension is calculated by multiplying two percent, the amount of years worked, and the average salary of their best five years. A teacher who worked for 30 years and earned an average of $85,000 in their best five years would earn a pension of $51,000 per year.

There are teachers who claim that they are striking to help students. However, if these teachers are passionate about supporting students, why were they not striking during the summer?

Premier Doug Ford was right when he said that there is a pattern when the teachers go on strike.

Ontario’s teachers and students belong in the classroom. Striking is unproductive and selfish–it’s not for the kids.