Ford says the "exceptional measures" being introduced, including the vaccine passport system, is "temporary" and will end "as soon as they can be responsibly removed." 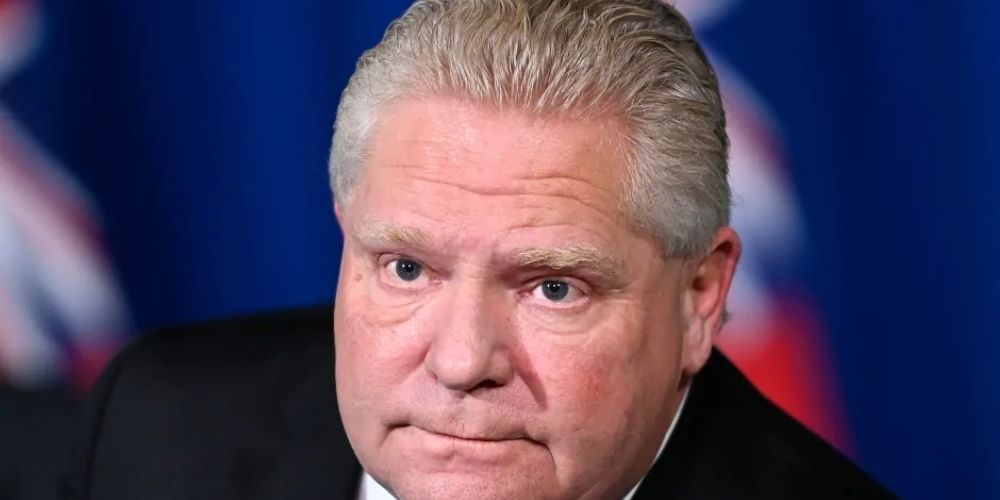 Starting September 22, Ontario will introduce a vaccine passport system for residents to engage in “non-essential” services and activities in select settings. But Premier Doug Ford reassured critics of the measure that the system will only be temporary.

"For many, this has been an extremely difficult and divisive election, and I would like to take this opportunity to urge unity. Emotions have run high as candidates from all parties debated pandemic policies, including vaccine certificates," he wrote.

He pivoted to address the "exceptional measures" being introduced, including the vaccine passport system, which is "temporary" and will end "as soon as they can be responsibly removed," reported Blog TO.

"There are a lot of people who are concerned about this policy, and I want you to know that I hear you. I understand your concerns about protecting your civil liberties and right to privacy," wrote Ford.

"While many fully vaccinated people like myself share these concerns, the greater concern is having to shut down again or experience a sudden surge in cases like in Alberta and Saskatchewan."

During a July 15 press conference, Ford said no to proof of vaccination mandates.

Ford also said he did not support workplaces requiring proof of vaccination but said he would allow private companies to make their own decisions on the matter.

However, reports of a vaccine passport for Ontario emerged on August 28, with Quebec and BC announcing similar plans.

Ford said proof of vaccination was mandated to prevent further business closures and lockdowns by limiting those deemed higher risk for transmission from entering non-essential businesses.

Ontario Health confirmed that the vast majority of COVID-19 patients hospitalized or in the ICU in the province are unvaccinated at 77 and 86 percent, respectively. The passport system led to a vaccination surge, but not as much as the province's health panel had hoped.

Meanwhile, frontline workers have condemned anti-vaccine passport demonstrators who have been threatening and harassing them while impacting their work and access to healthcare facilities.

Critics of the passport system protested at hospitals to the chagrin of medical professionals, elected representatives and residents.

"Health workers in those facilities, patients in need of care services and the families accompanying them all have enough stress already. They don't need hostile people calling to ignore health advice and scientific knowledge, shouting misinformation and yelling obscenities," reads a statement by the Registered Nurses Association of Ontario.

"This appalling behaviour has no place in our society at any time and especially not in the midst of a pandemic that has claimed the lives of 9,545 people in Ontario."