As we demand that schools reopen, we need to tell schools that our kids shouldn't be the subject of a sociological experiment as to how to make the most woke child. 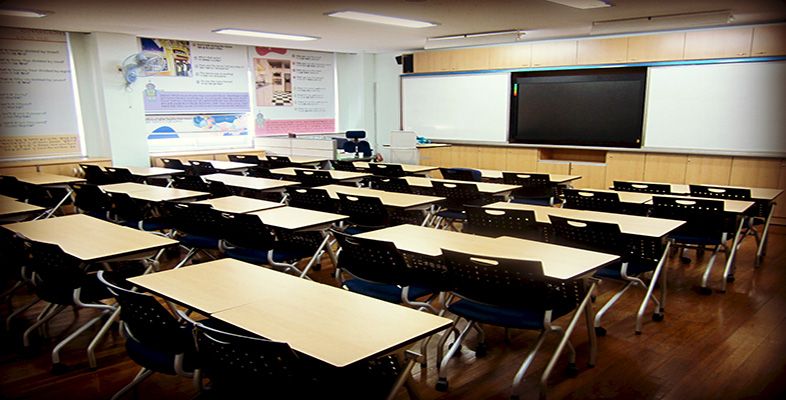 As we demand that schools reopen, and remind local elected officials that the new safety measures for schools seem silly given how low risk kids contracting and spreading the virus seems to be, we need to also let them know that our kids are not in school to be the subject of a sociological experiment as to how to make the most woke child. Critical race theory must not be the foundation of American education.

There has been something of a cognitive dissonance, as parents across the country have seen up close, through virtual learning portals, just how lacking their children’s education has been. At the same time, parents are desperate for schools to open. It’s not necessarily because of the education, it’s because they want someplace for their kids to go.

New York City has planned to open schools in a piece-meal fashion that will benefit no one, with students doing a combo of in-school instruction and virtual learning. In a Brooklyn parents Facebook group, parents are so confused as to what their lives will look like that some of them are ready to give up school, or work, or the City altogether.

While the Trump administration advocates for the full and complete reopening of schools, and those concerned with the mental health of children do the same, states and municipalities are modifying in person learning out of fear of coronavirus spread. This battle over how education should be conducted comes at the same time as many are questioning just what kids are learning in the first place.

It may seem hard to reconcile the need for schools to open with the realization many parents have had this past term that critical race theory and revisionist history have thoroughly infiltrated classrooms at pretty much every grade level. Parents who are able can chuck it all in, switch schools if they can find one that hasn’t been infected by this propagandist, racist rhetoric, others can homeschool.

But while families find workarounds for their own children, that doesn’t actually solve the problem. We need a robust public educational system. Wholesale abandonment of the public school system will result in generations of kids who are subjected to every progressive educational ideology that comes down the pike. That isn’t what we want for America’s children.

There are over 1.1 million students in the New York City public school system alone. These are kids from across the economic spectrum. We have kids who are homeless, and whose parents therefore cannot be expected to homeschool, but who are just as deserving of a solid, rigorous education as their wealthy peers.

Parents can certainly make the choice to pull their kids from public schools, and many will. But that doesn't solve the problem for the millions of school children across the country who need an education whether wealthy parents pull their kids out for private tutoring, private schools, or home school. As Vanity Fair showed, the wealthy, who are also advocates for defunding police and keeping schools closed out of caution, have the world of educators at their fingertips.

Teaching is not an easy profession. For years, we have been hearing from teachers unions and advocates that the work is long, often rewarding, but more often than not, draining and difficult, and this comes from teachers who have been trained and have a love for the work. Many parents, even those with the time and desire, will not have the capability to become their children’s academic teachers in addition to being their parents.

While local officials have been playing it safe, opting for mitigated opening measures that involve alternating classroom learning with virtual learning, parents are tearing their hair out. And in practical terms, it will be hard for kids and parents to have such a topsy-turvy schedule.

We have, as a nation, been talking about the relative merits of various forms of education. We’re seeing universities go from storied institutions of learning to remote learning interfaces, and for K-12, parents have been the primary educators, albeit with curricula not of their own choosing. And the curriculum we’re seeing is enmeshed in critical race theory, everything is seen through the lens of racism.

Just as it is not right to bar our kids from receiving an in-person, hands on, focused, dedicated learning experience, it is not right to deny them access to their own nation’s history, works of literature, and science, without the yoke of race and anti-racism on the shoulders of every course of study.

As parents take a stand and demand that education be returned to our children, they must also take a more active role in their school districts, and make sure that leftist indoctrination is not what passes for education.