His 16 year old was exposed to a convicted pedophile performing that night, the father alleged. 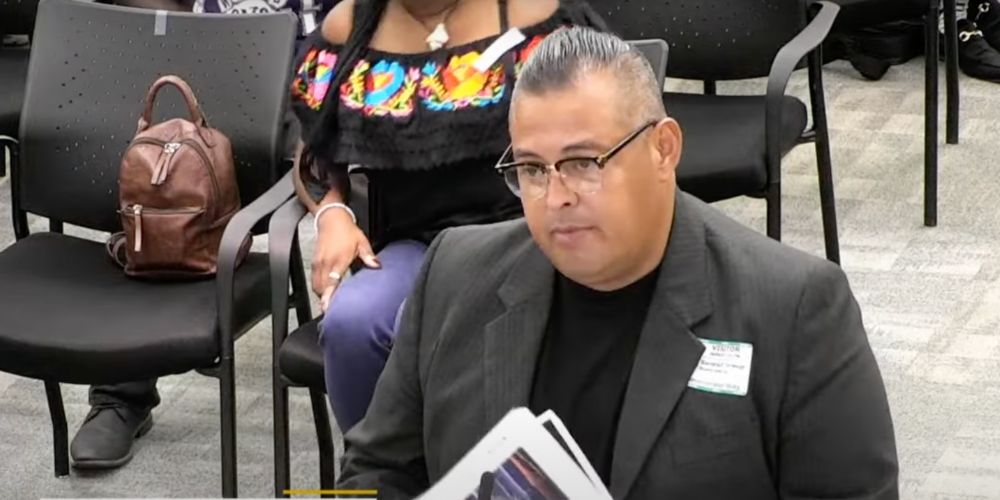 A Houston parent is alleging that a local teacher took his 16 year old son to a drag show performed by a convicted pedophile.

The parent made the comments Thursday, at a Houston Independent School District (HISD) meeting.

Libs of Tik Tok posted a video of the meeting, which depicts an upset father confronting the school board along with footage of the child at the drag performance.

The 16 year old was exposed to a convicted pedophile performing that night, the father alleged.

The video was originally compiled by Twitter user @htxkidsfirst a "freedom fighter, standing up for the children, and podcaster for the probably problematic podcast." A minute into the clip @htxkidsfirst identities Albert Alfonso Garza, also known as Tatiana Mala-Ñina, as the sex offender and posts screenshots of reports of the crime.

The Post Millennial first reported about Garza in 2019, after he performed "Drag Queen Storytime" around Houston schools. Garza is a registered child sex offender convicted of aggravated sexual assault for performing oral sex on an eight-year-old boy.

The father said his son attended Sam Houston Math, Science, and Technology Center where his chemistry teacher was Patrick Pichler. Pichler is also the "Latinx columnist" for the Houston LGBTQ print magazine, About Magazine.

The father brought a copy of an article from About written by Pichler in which several underage students were involved without parental permission.

The father said Pichler recruited his son and "took him to a drag show when he was underage and it was really bad. It was a really bad experience."

In the video, drag performers can be heard saying "hey boy" as they beckon the 16 year old backstage.

Earlier this month a Dallas gay bar hosted a drag show for kids.