Ellen Gallery, a Virginia parent who was shocked by a poorly-written letter she received, decided to correct the errors and post the corrected version online on Thursday morning to mock them. 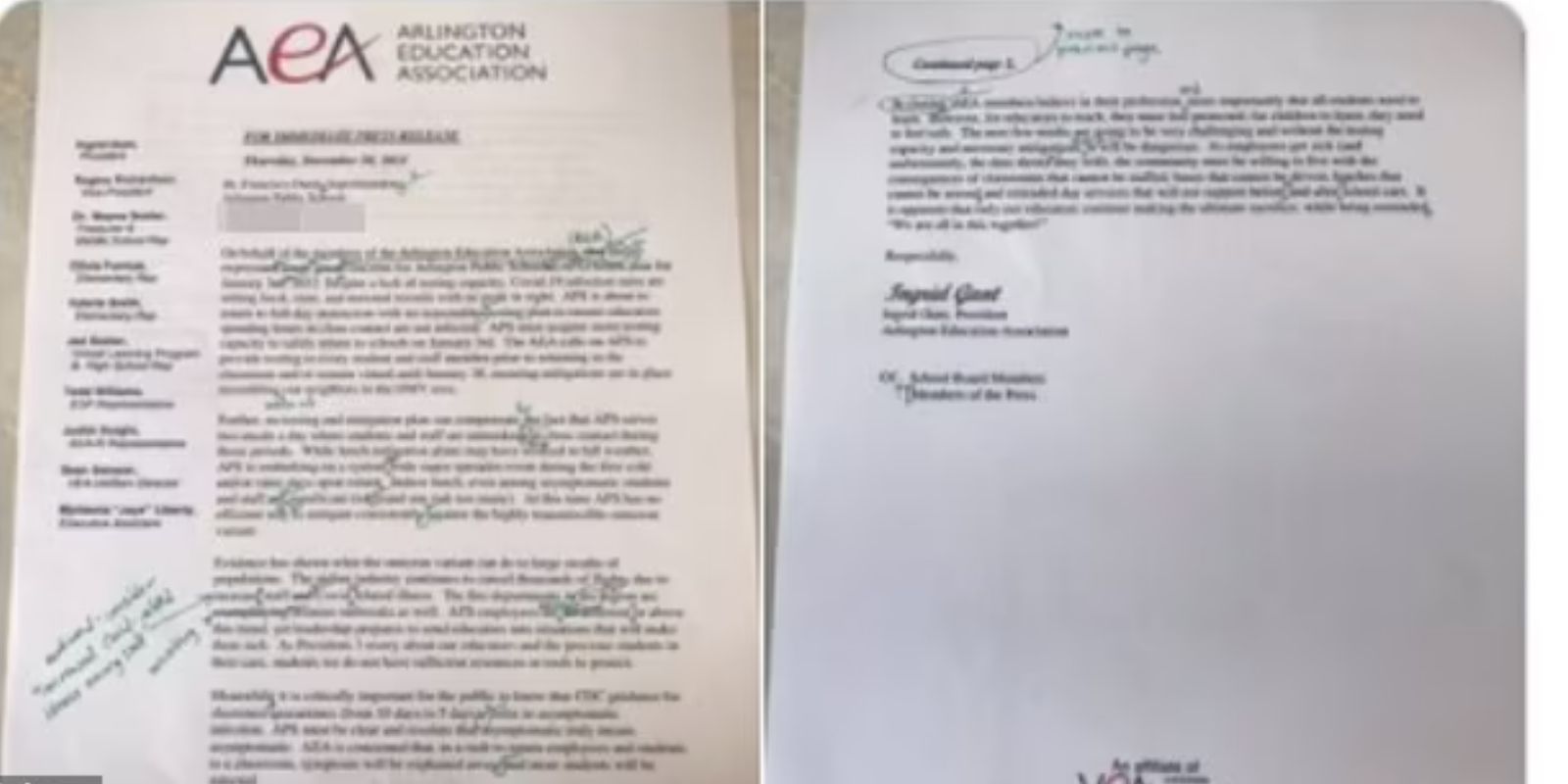 Ellen Gallery, a Virginia parent who was shocked by a poorly-written letter she received, decided to correct the errors and post the corrected version online on Thursday morning to mock them.

The letter in question was sent on that same Thursday, and is signed by Ingrid Gant, the president of the Arlington Education Association (AEA.)

"Hey @VEA4Kids, are you going to send out more of these grammar worksheets over break?" wrote Gallery on social media in the caption to the image of the marked-up document.

The rambling letter talks about the possibility of postponing the students' return in Jan. 2022 due to the Omicron variant of COVID.  It also admonishes parents, emphasizing that "CDC guidance for shortened quarantines (from 10 days to five days) refer to asymptomatic infection."

It goes on to state that "AEA is concerned that, in a rush to return employees and students to a classroom, symptoms will be explained away and more students will be infected."

Furthermore, the letter talked about the difficulty of serving meals to students, claiming that they had no good solution to avoid people being "unmasked [and] in close contact during those periods."

The letter is a mere five paragraphs in length, but Gallery and her children had no problem finding around 20 different errors in the piece, many of them grade-school level in nature. They included poor punctuation, using the wrong verb and missing prepositions, among others.