A day after the committee’s vote, its chair and Liberal MP Anthony Housefather admitted he was unsure of rules regarding procedure in this rare, yet albeit formerly exacted prerogative. 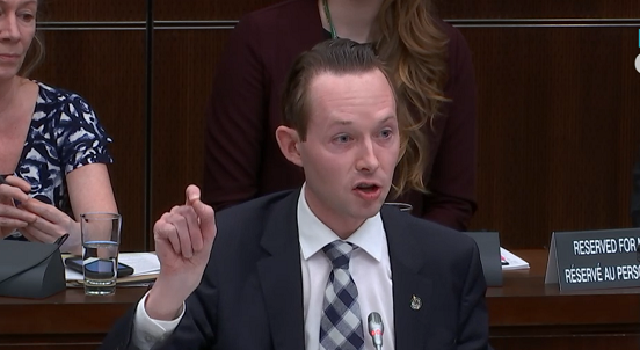 The Justice Committee’s decision to expunge remarks by Conservative MP Michael Cooper about the man who murdered 51 people at two Christchurch mosques last March, will require consent by the House of Commons.

A day after the committee’s vote, its chair and Liberal MP Anthony Housefather admitted he was unsure of rules regarding procedure in this rare, yet albeit formerly exacted prerogative.

“Neither me nor Mr. Boissonnault are people who know all the rules of Parliament. But I think (the decision is) something that reports to the House of Commons,” Housefather told reporters after the Liberal caucus meeting Wednesday. “There is a possibility that it will lead to a vote, but it will require someone to propose a competition request to the Committee’s proposal.”

Heather Bradley, spokesperson for House Speaker Geoff Regan, clarified the process in an email to The Post Millennial.

“The chair or another member could seek unanimous consent (from the House) to see it adopted immediately,” Bradley writes.  “Alternatively, someone could put on notice a motion to see the report concurred in…one way or another, the report needs to be adopted before the written and audio committee proceedings can be modified.”

At Justice Committee’s May 28 hearings on tackling ‘online hate’, Cooper challenged a witness who noted that the murderer who shot six people at a Québec mosque in January 2017 had an interest in “conservative commentators”.

“I take great umbrage with your defamatory comments to try to link conservatism with violent and extremist attacks,” said Cooper, the committee’s vice-chair. “They have no foundation, they’re defamatory and they diminish your credibility as a witness.”

After telling Suri he should “be ashamed” for suggesting conservatism formed inspiration for such heinous crimes, Cooper recited Christchurch shooter Brenton Tarrant’s love of China’s dictatorship and a hatred for capitalism from the killer’s 74-page manifesto called The Great Replacement as rebuttal.

At Justice committee Tuesday morning, before a trio of “conservative commentators” were set to testify on the matter of ‘online hate’, Liberal MP Randy Boissonnault moved a motion to “expunge” Cooper’s mention of the Tarrant and his manifesto as if it never happened.

“This is about doing the right thing here at Justice committee and cleaning up the record,” Boissonneault said.

According to Bradley, previous decisions to wipe or redact elements of testimony from the official parliamentary record related to privacy.

“Expunging the record is not something that happens often,” she writes. “Most of the recent cases where a committee has taken such a decision have largely been where (members) felt it was necessary to remove a part of the testimony to protect the privacy of individuals in relation to what was said before committee.”