Brown has reportedly spent around $35,000 of the Brampton taxpayers' money promoting his activity on social media. 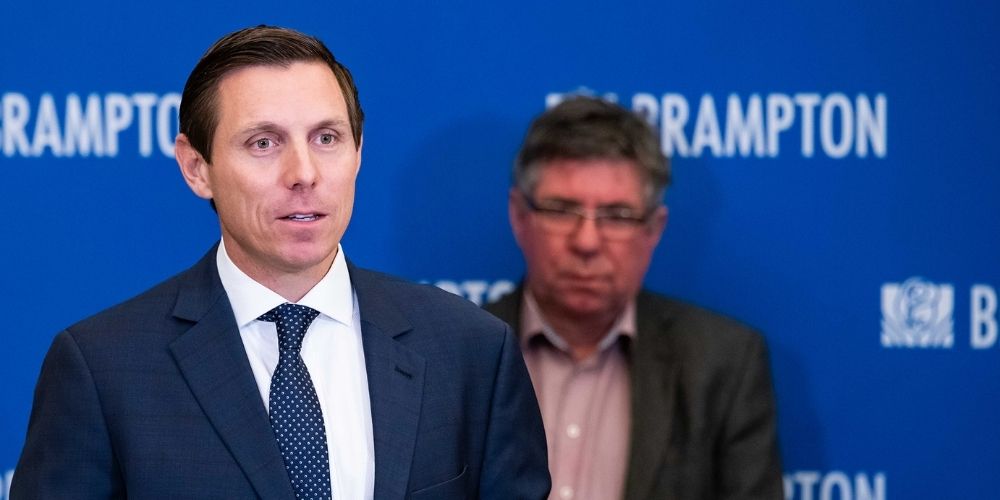 Conservative Party leadership hopeful Patrick Brown, the current mayor of Brampton, is the subject of criticism after Yahoo News reported he spent $35,000 in taxpayer money on his personal social media page.

Notably, this news comes after a majority of Brampton Councillors penned a scathing letter, suggesting the city is "under siege" due to Brown's attempts to block crucial votes during behind-closed-door in-camera sessions of council meetings. Some of these came Councillors are now pointing out how "Brown recently asked them not to prevent communications staff inside City Hall from providing him with generous 'resources' for his busy media schedule."

Brown has televised his COVID-19 updates for nearly two years and is known for commenting on national issues unrelated to the municipal government's scope. Such issues include Quebec's controversial Bill C-21 and the federal carbon tax. Critics are now implying that Brown used his mayoral privileges as a warm-up for his inevitable run for Conservative leader.

These criticisms are amplified because Brown spent around $35,000 of the Brampton taxpayers' money promoting his activity on social media. Specifically, between June 2019 and February 2022, Brown spent more than $16,000 from the public purse promoting his Facebook account alone.

According to a recent move by Brown and Council members, they are now permitted to use taxpayers' funds to promote their election efforts. In the case of Brown, the election effort is not municipal but federal as his social media is now entirely focused on his leadership campaign.

Furthermore, Brown argues this change is meant to allow local politicians to promote essential issues to the city. However, the Facebook Ad Library has revealed some of these ads to be promoting issues that are out of the jurisdiction of Brampton City Council. This includes an ad between Aug. 4 and Aug. 9, 2020, when Brown spent between $500 and $599 on an update pushing his views on bail reform. This is an issue Brown has no jurisdiction over but is important as a Conservative leadership candidate.