In a world where everything is becoming politically correct, pedophiles on social media have seized a new opportunity to rebrand themselves as MAPS. 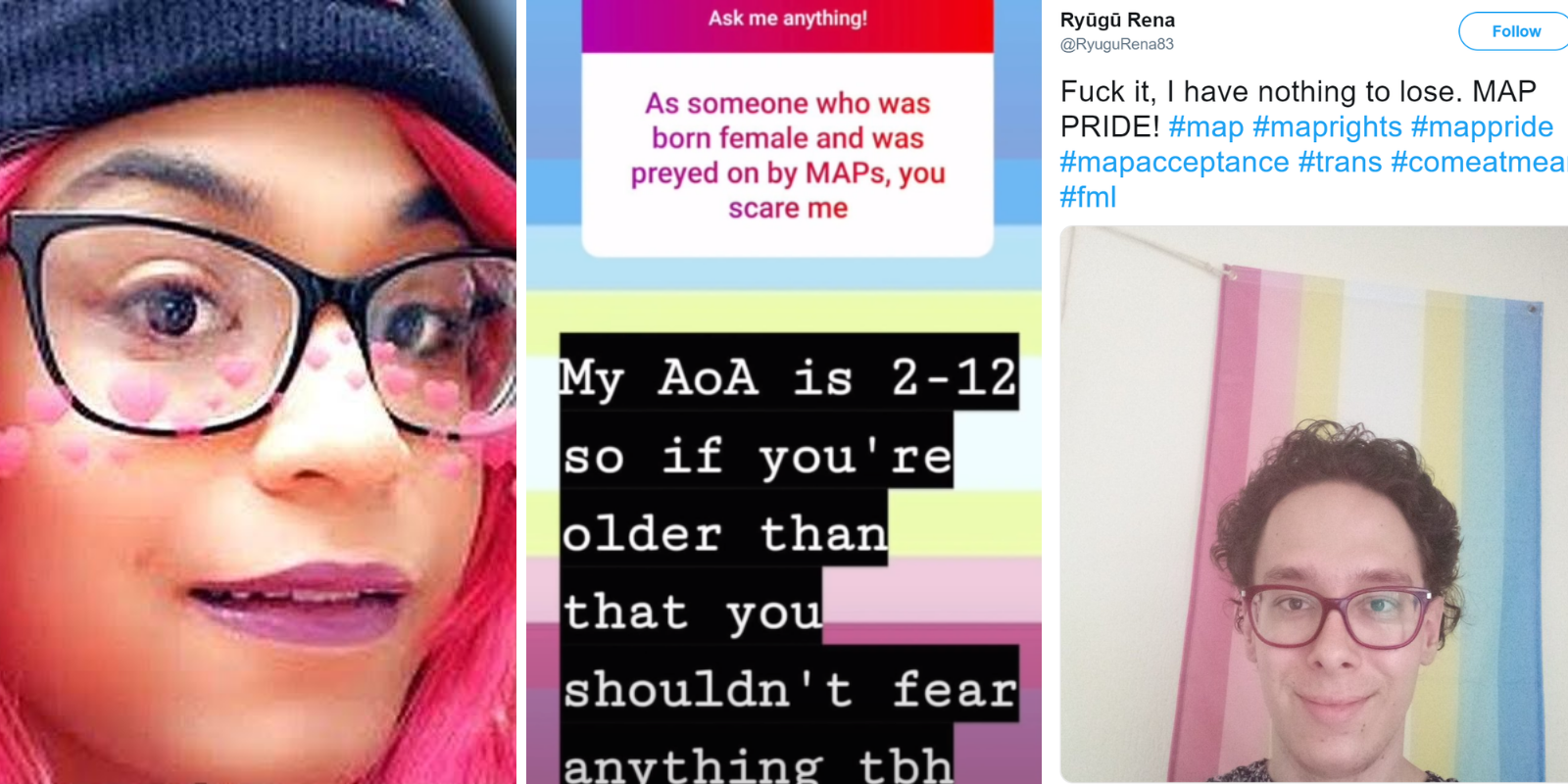 In a world where everything is becoming politically correct, pedophiles on social media have seized a new opportunity to rebrand themselves as MAPS (“minor-attracted-people”). The MAP community and movement are growing in size and picking up steam particularly on social media apps like Twitter, where the problem is becoming increasingly worse. They’ve constructed their own flag and often describe their attraction to children as a sexual orientation, rather than the scientifically recognized mental illness that pedophilia is.

The goal is the MAP community is to normalize pedophilia and convince those who are “woke” enough to begin to accept them and view them as a marginalized class. Their intent is to follow the blue-print of LGBT acceptance, with some even insisting that pedophiles should be included within the acronym.

With the insidious growth of MAPs online, more and more of these individuals are feeling brave enough to post their faces and attitudes toward those who hate them. Traditionally, MAPS have always hidden behind cartoon profile pictures, as anonymity was the only shield they had against (rightfully) major backlash. That’s changing though, and we can now see these individuals willing to show their true selves.

A MAP Instagram user named Mish who has since deleted her account has had her face plastered all over the internet as well. Before the deletion of her account you could see her responding to criticism and stating that people below the age of 12 should fear her.

I’m conflicted as to whether this new development of MAPs speaking out on social media with their real names and faces is a good thing or bad thing. On one hand, sunlight can be the best disinfectant. If their faces are readily visible and spread online, it could potentially protect children who may have otherwise been in their vicinity. If you’re an anonymous pedophile online, no one knows who to protect their children from. On the other hand, there is something truly disturbing about the fact that there is an environment online being created where these monsters are comfortable enough to show their faces. It shows that their goal of acceptance and normalization is actually happening, at least to an extent.

You can watch my new YouTube video where I discuss several public MAPs and react to their attempts at normalizing their sickness.