When attempting to honour Willie Mays for his 90th birthday, Pelosi accidentally tweeted a picture of one of his teammates. 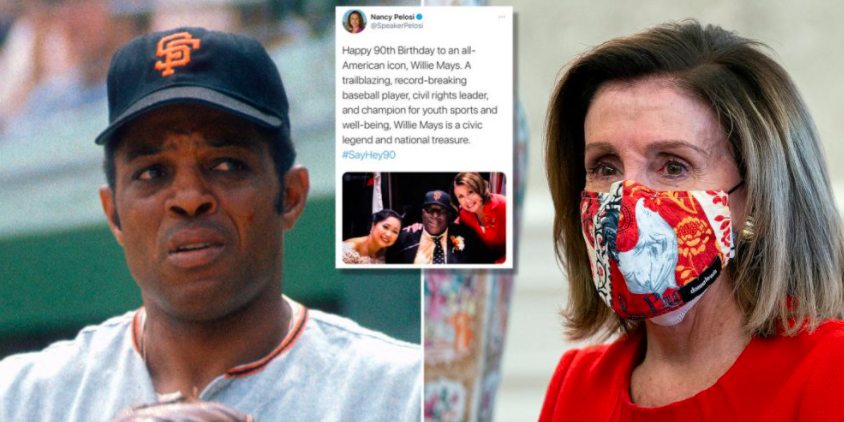 When attempting to honour Willie Mays for his 90th birthday, Pelosi accidentally tweeted a picture of one of his teammates.

The two players, both black, played on the San Francisco Giants in the same era and were notable teammates and friends. McCovey died in 2018 at the age of 80. Both pictures featured Pelosi smiling behind the player who is sitting in front.

"A staffer inadvertently selected the wrong photo for the tweet," Pelosi's office said in a statement to KCBS Radio. "The photo we wanted to use was of the Speaker and Willie Mays at Willie McCovey’s August 2018 wedding. The quickly deleted photo was the wrong photo from the right wedding. We apologize for the error."