Epstein and Clinton were known associates during Epstein's lifetime, with Clinton having taken numerous trips aboard Epstein's private jet. 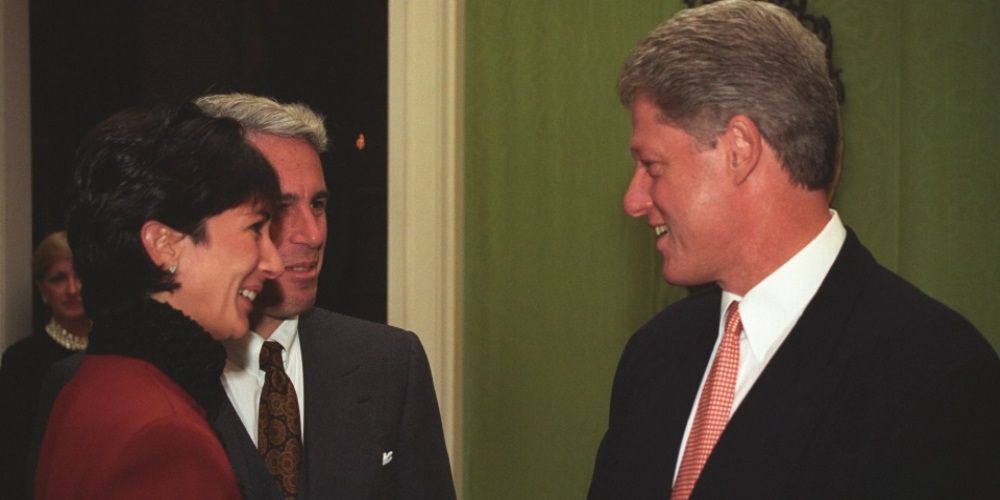 New photos of emerged which appear to show notorious child trafficker Jeffrey Epstein and his accomplice Ghislaine Maxwell meeting with then-President Bill Clinton in the White House, The Sun reports.

Epstein and Clinton were known associates during Epstein's lifetime, with Clinton having taken numerous trips aboard Epstein's private jet, notoriously dubbed the "Lolita express." The two went on a tour of Africa together aboard the jet.

Epstein, after a previous sex crime conviction, was arrested again in July of 2019 on charges of sex trafficking of minors. He was found dead in his cell just over a month later in what authorities declared to be a suicide. Epstein's death resulted in a viral meme "Epstein didn't kill himself," promoted by those who disbelieve the official story regarding the unusual circumstances surrounding Epstein's death.

Clinton has vehemently denied any knowledge of Epstein's sex crimes, and representatives of Clinton have claimed he had not spoken to Epstein for over a decade by the time of his suicide.

Maxwell has since been apprehended by the authorities and is facing her own charges of enticing minors and sex trafficking. She has been repeatedly denied bail despite numerous requests.