"I'll choke you until you can't breathe anymore," Thompson reportedly told his then-girlfriend in 2004 before the alleged domestic assault took place that resulted in a broken kitchen table. 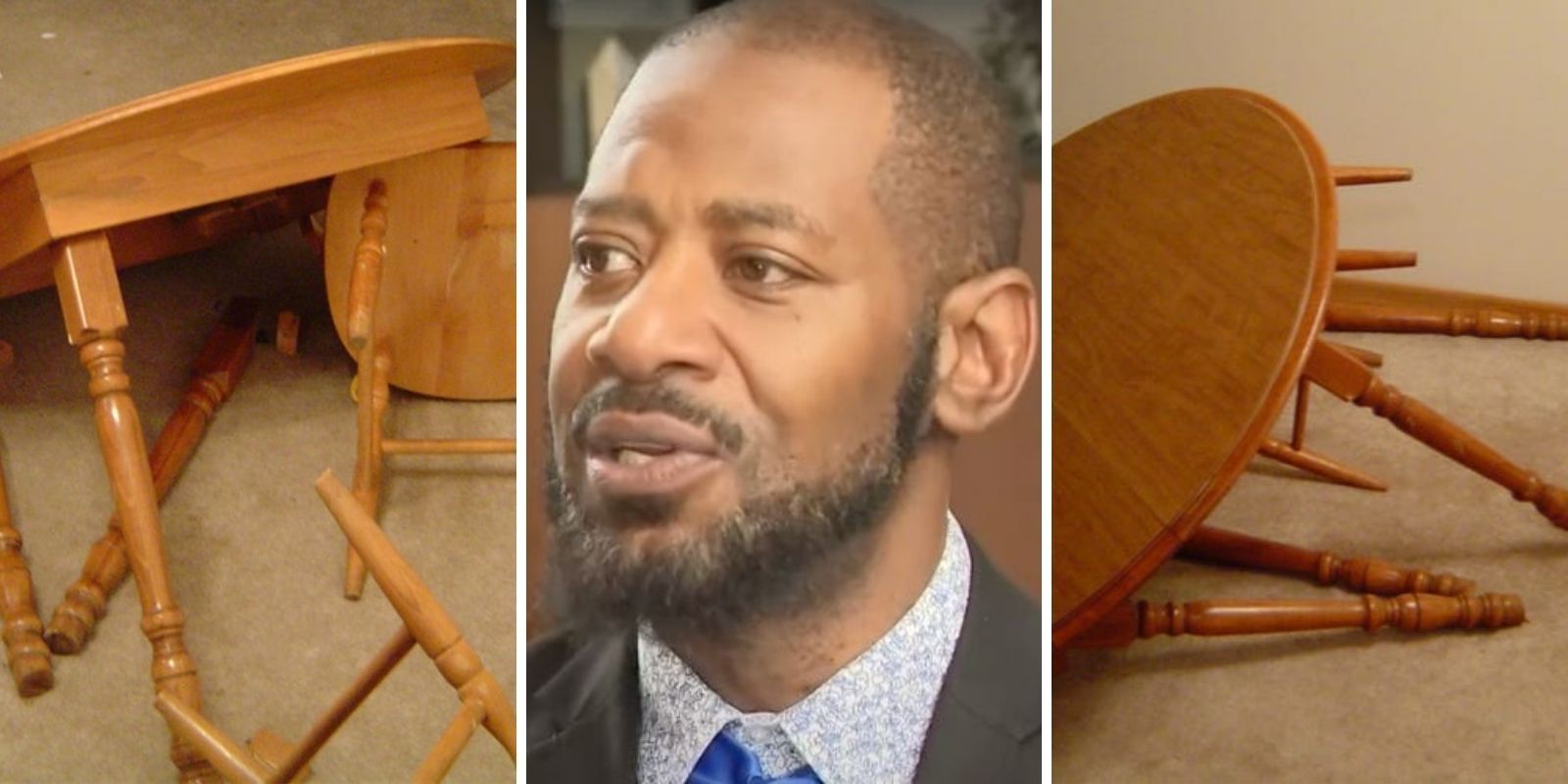 Police photos have revealed the disturbing aftermath of Democrat state Rep. John Thompson's alleged domestic assault on his then-girlfriend in a 2004 case. Thompson is facing calls to resign after it was revealed that the decried Minnesota state representative has an extensive criminal record of abuse against women.

Fox 9 has uncovered five domestic assault cases involving Thompson from 2003 to 2011, from Superior, Wisconsin, Eagan, and St. Paul, with the local outlet highlighting one particular case from 2004 with photo evidence.

On August 9, 2004, police were in the area of Golfview Drive responding to a 911 hang-up call that reportedly came from Thompson and his girlfriend's residence.

According to Fox 9, Thompson's girlfriend told police that he had punched her in the face and choked her while their children were watching. Police photographed numerous bruises on her body. Trouble had begun one day earlier at a community pool, where Thompson yelled at her five-year-old daughter, reportedly calling the young child a "f—ing bitch," a "little motherf—er," and a "spoiled ass." She said Thompson told her, "F— you. F— your daughter. I hope you both die."

That evening she said Thompson became angry and chocked her after finding out that she changed the answering machine password. Thompson reportedly said, "I'll choke you until you can't breathe anymore." According to Fox 9, she nearly passed out when Thompson struck her in the face. She attempted to call 911, but Thompson dismantled the phone after grabbing it from her hand.

Attempting to free herself, she grabbed a small club and hit Thompson. She tried to climb out the window, but Thompson pulled her back in and began to choke her.

Thompson reportedly threw her into the kitchen table, breaking the piece of furniture. Thompson left the apartment with two sons from another relationship, according to Fox 9. The woman's five-year-old daughter told police that she was afraid of Thompson and that she saw him push her mother into the kitchen table and saw him "pounding" on her. At that time, Thompson and the girlfriend had been dating for five years. The two later married in 2020.

Thompson had reportedly assaulted her in 2003 as well, where she received a concussion. Thompson was jailed for the assault and plead guilty to disorderly conduct and resisting arrest.

Thompson's two children were placed on a 72-hour protective custody hold until they were returned to their mother in Chicago. Thompson was arrested. According to an officer's report, "He (Thompson) told me that I had nothing better to do with my time and was treating him as if he were a murderer," Fox 9 reported.

Thompson claimed he was the one who had tried to call police and that the table was already broken. "The case was forwarded to the Dakota County Attorney's Office to review for charges of domestic assault and mental abuse of a child. Thompson does not appear to have been charged with any crimes stemming from the incident," wrote Fox 9. Thompson is now facing a growing push from both Republicans and Democrats to resign from his post.

"The alleged acts of violence against multiple women outlined in these reports are serious and deeply disturbing. Minnesotans deserve representatives of the highest moral character, who uphold our shared values. Representative Thompson can no longer effectively be that leader and he should immediately resign," reads a statement from Governor Tim Walz.

"Representative Thompson ran for office to advance progressive policies, but his recent actions, and unacceptable reports of abuse and misconduct, have become an impediment to that work," said Minnesota House leadership.

The black Minnesota state politician made headlines at the beginning of the month after he falsely accused a responding St. Paul police officer of racially profiling him when he was pulled over on July 4 for a traffic stop.

He was pulled over for driving without a front license plate, which is illegal in Minnesota, and received a ticket for driving with a suspended out-of-state license from Wisconsin which was suspended two years ago for unpaid child support.