We have what Europe needs, and lots of it: energy. 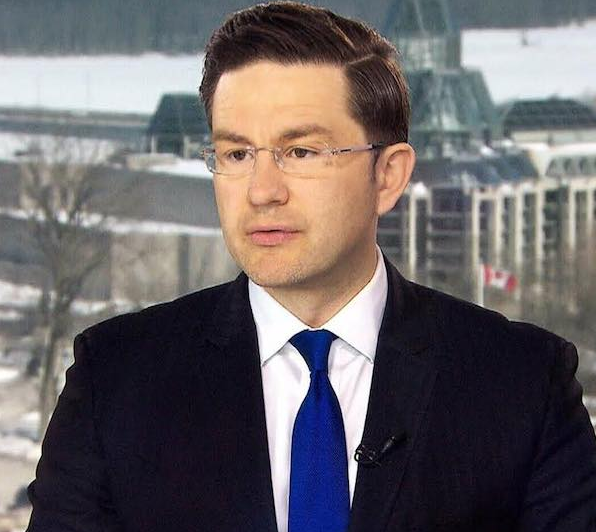 The world is watching the people of Ukraine as they bravely defend themselves against the aggression of a ruthless dictator.

Canada has an important role to play in supporting Ukraine through this brutal period. In the short term, there are some serious concrete steps we can take: our government must deliver the lethal weapons Ukraine needs, apply more punishing sanctions to Russian officials and entities and welcome Ukrainian refugees with open arms.

We must provide urgent assistance to respond to the humanitarian crisis, open our doors to those who are fleeing, impose crippling sanctions on key Russian oligarchs and industries, stop exports of Western technology to Russia, expel Russia's Ambassador to Canada and recall ours from Moscow and kick all of Russia's financial institutions off the SWIFT payment system to shut down the country's banking system.

The SWIFT payment messaging system connects 11,000 financial institutions in hundreds of countries. Shutting Russia out of it completely is a move that the French Finance Minister called a"financial nuclear weapon." So why have countries been so slow to use it? Because doing so would mean European countries could be cut off from the Russian gas they need to keep their factories humming and their people from freezing. So, Russia may be spared the worst financial penalties because of Europe's dependency on its fossil fuels. As always, petroleum is driving geopolitics.

Herein lies the fundamental dynamic that is literally "fueling" Putin's power: the countries that have been weakest on Russia's aggression are the ones that rely on Russian energy to heat their homes, drive their cars, and power their economies. In fact, almost 40% of the European Union's natural gas comes from Russia.

This is a problem for two reasons.

One: It means Putin holds the cards when he's negotiating with Europe. He can turn off the pipes if he wants to amp up the pressure.

Two: By buying Russian oil and gas, Europe has been filling Putin's war chest, giving him the money he needs to build up his army and invade his neighbours.

It's like walking up to the bully to give him your lunch money before he even asks for it.

Europeans must beg Russia for energy. So, Putin holds the cards.

But Canada can help take those cards away. We have what Europe needs, and lots of it: energy.

We have vast, untapped resources from coast to coast – a total of 1,300 trillion cubic feet of marketable natural gas resources according to estimates from the Canada Energy Regulator. But as the Financial Post points out: "Canada currently has no natural gas export terminals on either coast, thanks in part to a regulatory environment that often delays projects for years." We have it. But we can't sell it to Europe or Asia.

There is good news: there are a number of projects across Canada that can unlock new markets for that very same liquified natural gas—also called LNG.

Take LNG Newfoundland and Labrador for example. This organization is proposing a $10 billion project that would liquefy and ship natural gas extracted off the east coast to Europe. Newfoundland has the added benefit of being the closest point in North America to Europe, which means shorter shipping distances. If developed, it would produce some of the cleanest liquefied natural gas in the world. Local First Nations are partners in the project and will get paychecks for their people and self-sufficiency for their communities. So will many others across the province.

Approving this project would help Europe kick its addiction to Russian gas, so they can properly stand up to Putin, rather than funding him.

Unfortunately, Canada's bureaucratic gatekeepers are likely to block it, like always. Justin Trudeau says he wants to phase out our oil and gas production and one of his most trusted Cabinet Ministers was arrested for anti-energy protesting.

Every time Trudeau kills a Canadian energy project, dictators like Putin in Russia or Maduro in Venezuela do a victory dance—because they get to sell more of their energy when we sell less.

One of Trudeau's worst laws, Bill C-69, makes it almost impossible to ever get a pipeline approved.

He's also vetoed the Northern Gateway Pipeline and added red tape and bureaucracy to kill the energy east pipeline, which would have taken western Canadian oil to eastern refineries.

Companies across the country have been pulling out of energy projects. Many don't even bother trying anymore.

The worst irony is that the constant blocking of these projects hurts the environment. Natural gas can replace dirty coal-burning for electricity and reduce greenhouse gases. There are thousands of coal plants around the world that could be shut down if Canada could provide the world with the clean natural gas it needs.

As Prime Minister, I would:

2.   Replace them with rules that truly protect the environment, consult First Nations, and give quick decisions on proposed energy projects;

3.   Require regulators to fast-track decisions on projects like LNG Newfoundland and Labrador that protect international security.

And the world will be a safer and greener place.

Pierre Poilievre is MP for Ottawa-Carleton and is running to be leader of the Conservative Party.