Todd Axtell, the St. Paul Chief of Police, is now demanding an apologize from Rep. John Thompson (D-MN), after Thompson allegedly made a false accusation against his police department. 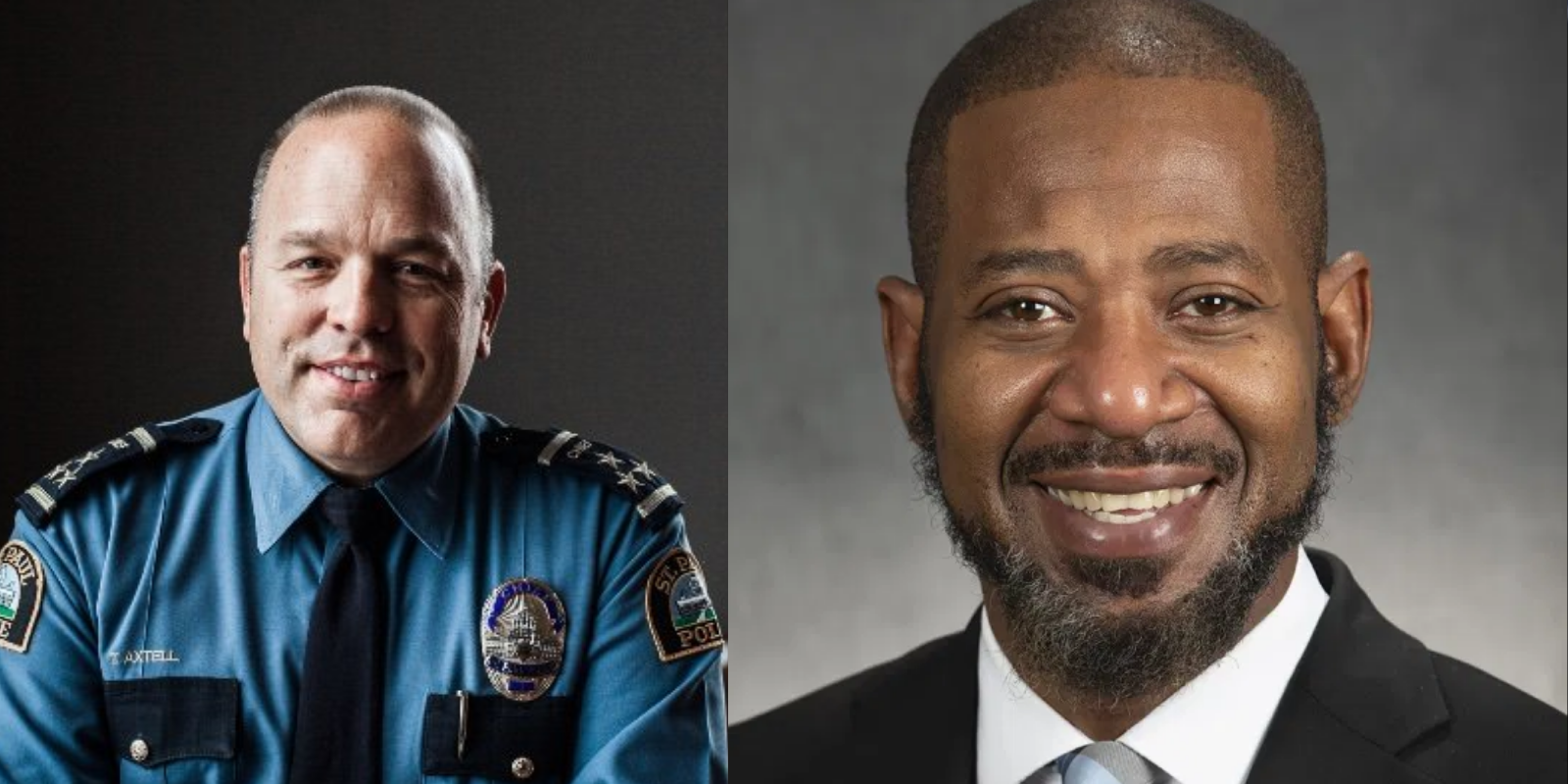 Todd Axtell, the St. Paul Chief of Police, is now demanding an apologize from Rep. John Thompson (D-MN), after Thompson allegedly made a false accusation against his police department.

It appears that Rep. Thompson was indeed driving with no front plates, and he even later admitted as much, which would definitely give the police a valid motive to detain him apart from his race.

According to Minneapolis local outlet ABC 5 Eyewitness News, Thompson said the following during a Tuesday speech during a rally outside the Minnesota Governor's residence:

"We're still getting 'driving while Black' tickets in this state and in fact in St. Paul. So let's just call it what it is, right...I shouldn't have to be profiled, so this is ridiculous. Oh, and by the way, it was a sergeant here in St. Paul by the way. We promote bad behavior."

"These aren’t accusations I take lightly, so I looked into the traffic stop, watched the body worn camera footage and spoke to the sergeant. This stop, made at about 1:20 in the morning, had absolutely nothing to do with the driver’s race."

".... I’m dismayed and disappointed by the state representative’s response to the stop. Rather than taking responsibility for his own decisions and actions, he attempted to deflect, cast aspersions and deny any wrongdoing."

".... The driver, an elected official who does not dispute driving without a front license plate, owes our sergeant an apology."

The controversy surrounding Rep. Thompson has risen to a new level, however, as, according to the Twin Cities Pioneer Press, he appears to have presented a drivers license issued by neighboring Wisconsin.

Thompson is a native of Illinois, and has several addresses on record connected to his public service, but has told the media that he has been a resident of St. Paul for 18 years, which brings up obvious questions about why he didn't have a Minnesota driver's license on hand at the time of the traffic stop.

The Pioneer Press stated in their article:

"More legally binding, however, is what he told the Minnesota secretary of state’s elections office in May 2020, when he filed for the candidacy of House seat 67A. In his affidavit of candidacy which he signed, an address in the district is written and then scratched out, with a box checked stating that his address is private for personal safety reasons."

"According to the secretary of state’s office, Thompson would have been required to fill out a separate form attesting to his residence in the district. Presumably, Thompson filled out that form, since his name appeared on the November 2020 ballot, where he overwhelmingly defeated Republican John Stromenger in the overwhelmingly Democratic district. The secretary of state’s office wasn’t able to fully confirm this on Friday."

"Under state law, a candidate for the Legislature needs to have lived in the district for at least six months on Election Day."

Thompson has not made any comment on the issue as of yet, and it's unclear whether these findings will have any effect on his office.

In August 2020, Thomson took aim at the Minnesota Police Federation President Bob Kroll during a Black Lives Matter rally that was staged outside of Kroll's house.

At the Black Lives Matter rally, some activists beating an effigy of Kroll's wife with a large stick. As the rally raged on, then-St. Paul DFL house candidate John Thompson used a microphone to say to those present "I'm glad you're making them uncomfortable here in Hugo, Minnesota."

He followed this up with a "string of expletives," directed at some men and teens, reports local news. And then said "Don't run now, don't run now racist white people." Thomson then beat the effigy of Kroll's wife, a local news reporter.

It was three days before either DFL House Speaker Melissa Hortman or Governor Tim Walz had anything to say about Thomson's behavior. At that time, both issued statements. Walz's comments were vague, and didn't actually mention Thomson. He said "We cannot accept the threatening behavior or rhetoric we've seen recently in Minnesota's political discourse."

Thomson put out an apology on his Facebook page at the time.