A planned Portland photoshoot for children complete with makeup and wardrobe changing is being run by an Antifa pornographer who makes and sells sexually explicit content. 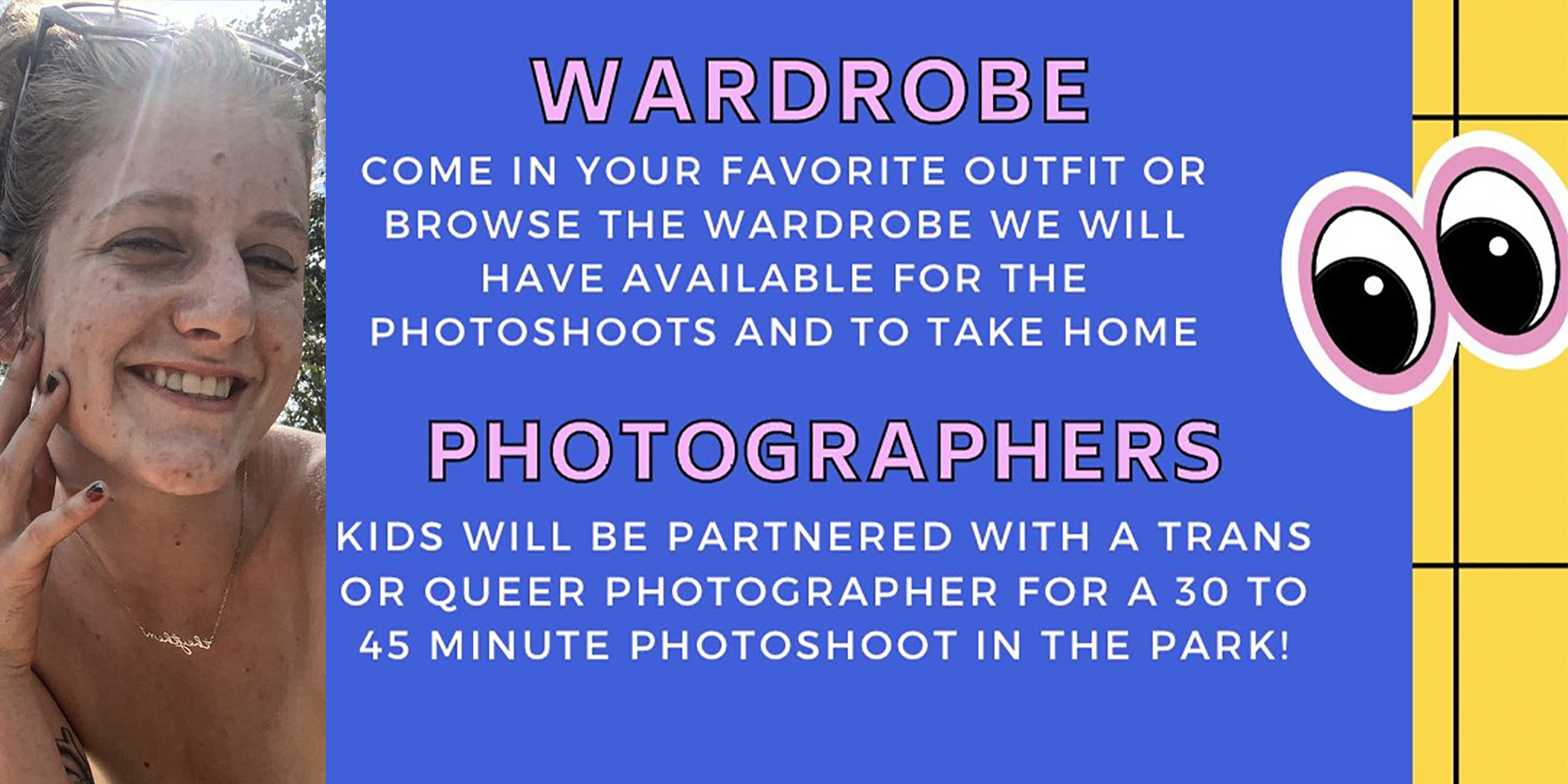 An investigation by The Post Millennial has revealed that a Portland, Ore. event advertised as a Pride-themed photoshoot for children complete with makeup and wardrobe changing is being run by an Antifa member and pornographer who makes and sells sexually explicit content.

On May 30, a flyer posted on an anonymous account on Twitter for an event at Colonel Summers Park in southeast Portland advertised a "photoshoot day in the park for trans youth." The flyer reads, "kids will be partnered with a trans or queer photographer for a 30 to 45 minute photoshoot in the park" and that hair, makeup, nails and clothing changes will be available. The flyer did not name the people who would be interacting with the children or state where children will change their clothes. The flyer requests parents state whether or not they plan to accompany their child. The post was widely shared among Antifa accounts in the Portland area.

The flyer was posted by the event organizer's anonymous Twitter account, "@screamingtater." The account's bio states their pronouns as "they/them" and that they're an "antifascist anarchist sex worker." Along with the flyer for the children's photoshoot, the account's Twitter wall is filled with sexually explicit content and posts expressing far-left violent extremist views. By June 26, the account stated that "seven kids signed up," with the youngest being eight years old.

TPM can report that the sex worker behind the children's photoshoot and Twitter account is 23-year-old Kennedy Louise Birley (born June 24, 1999). Birley is a trans member of Antifa in Portland who boasts about abusing hard drugs and has had their driving license suspended twice due to charges over driving under the influence in Washington state. In 2020, a judge in Thurston County in Washington issued an arrest warrant for Birley.

Birley posts their subscription-based pornographic content on PocketStars, a site that advertises itself as a place where users can "join your favorite adult stars." Birley has uploaded over 100 sexually graphic photographs and videos to their page. "DM to tell me what you like to see or for rates for customs and sexting," they write in their PocketStars profile.

Birley's solicitation of volunteers among their Antifa network was met with enthusiastic responses from other violent extremists and pornographers.

"Count me in too. This is such a good idea," wrote 33-year-old Portland Antifa member, Robert John Stoms, who was arrested earlier this month for violence in Coeur d'Alene, Idaho. Stoms goes by the alias "Switch" in Antifa networks. Birley responded to Stoms: "F— yes, the more trans adults involved the better."

Another person who volunteered to photograph the children was Twitter user "@eva_anddxxx." The sex worker account belongs to 27-year-old Geneva Ann Thornhill, another pornographer who makes and sells sexually explicit content.

"Did you know I offer private sales outside of onlyfans? I have over 4 hours worth of sextapes and thousands of photos," wrote"> Thornhill on the same account. "Send me a dm for details," she wrote with a drooling face emoji.

Birley's photographs also show off their political tattoos, including "1312" (the numeric rendering of "ACAB"—all cops are bastards) on their buttocks and their pronouns on their hands. They also branded themself on the upper left arm with a tattoo in memory of Jacob Camello/Andrea Mun (pronouns it/its), a violent trans Antifa member in Portland known under the moniker "Spoon" who killed itself last November.

Among Birley's Twitter posts include them boasting of using LSD and the misappropriation of fentanyl kits taken from their place of work. Birley works at Portland 501(c)3 organization Hygiene4All as a "CBE coordinator" and also for Meals on Us PDX. Birley is currently evading a permanent ban on Twitter. Their"> prior account was "@kissmenicepls."

Birley has called for repeated violence against journalists, including New York Times contributor Sergio Olmos. "Punch him in the face for me if you get the chance," Birley wrote in February this year. "Smash his camera, it's insured!" Birley also expressed support for the firebombing of a pro-life group in Wisconsin by far-left terror group Jane's Revenge. Birley said they wanted to see more terrorist attacks like that. When two police officers were killed by a man while responding to a hostage situation in El Monte, Calif., Birley celebrated the murders by posting an image of balloons, thumbs up and a smiling face.

She has close ties to Antifa members both convicted of and accused by prosecutors of ultra-violence. Birley's ex-boyfriend was Christian Robert Burke, aka "Creme Brulee." Burke was arrested for assault by federal authorities in 2020 for allegedly throwing large rocks at federal officers. "Two days ago I found out Creme lied to my face about being std free, they knowingly spread HPV," wrote Birley in March. They were in a sexual polyamorous relationship.

Birley also created sexual content on PocketStars with Portland far-left activist Jennifer Thompson, who boasted in May about getting an injection to stop the beating heart of her seven-month-old fetus.

Birley is currently fundraising cash to help Malik Fard Muhammad, an Antifa member who went from Indianapolis to Portland in 2020 to try to kill police. He was convicted of attempted murder, possessing bombs and other violent felonies earlier this year. He was sentenced to 10 years in prison. The Department of Justice says he received firearms and tactical training in Louisville, Ky.

Birley is also raising cash to support Alissa Eleanor Azar, an antisemitic Portland Antifa member who was indicted by a grand jury in Clackamas County, Ore. last year for felony rioting. Azar was filmed at an Antifa riot in June 2021 assaulting a woman with bear mace. Azar is a sex worker who makes an estimated $23,000 a month on OnlyFans.

Before becoming radicalized to far-left violent extremism, Birley grew up with their mother, father and sisters in Molalla, Ore. Birley attended Canby High School and went on to graduate from Saint Martin's University in Lacey, Wash. after studying political science. Birley was even profiled for the university for being president of pre-law club and expressing interest in Democrat politics.

Birley's route to violent extremism appears to have begun shortly after they graduated from university. "I went to college to be a policy analyst. When I finished I worked on a campaign for the Washington state Democrats," Birley wrote. "It radicalized me."

When reached for comment, the Portland Police Bureau would not confirm or deny if it has knowledge of the children's photoshoot organized by violent extremists. Birley's event is scheduled to take place on Wednesday, June 29 from 11 am to 5 pm at Colonel Summers Park. The park was where Antifa had gathered on June 27 for a pro-abortion riot where they marched to the First Image pregnancy resource center and smashed it up. Police made no arrests.

Editor's note: screenshots of Birley's adult profile on PocketStars were removed at their request.