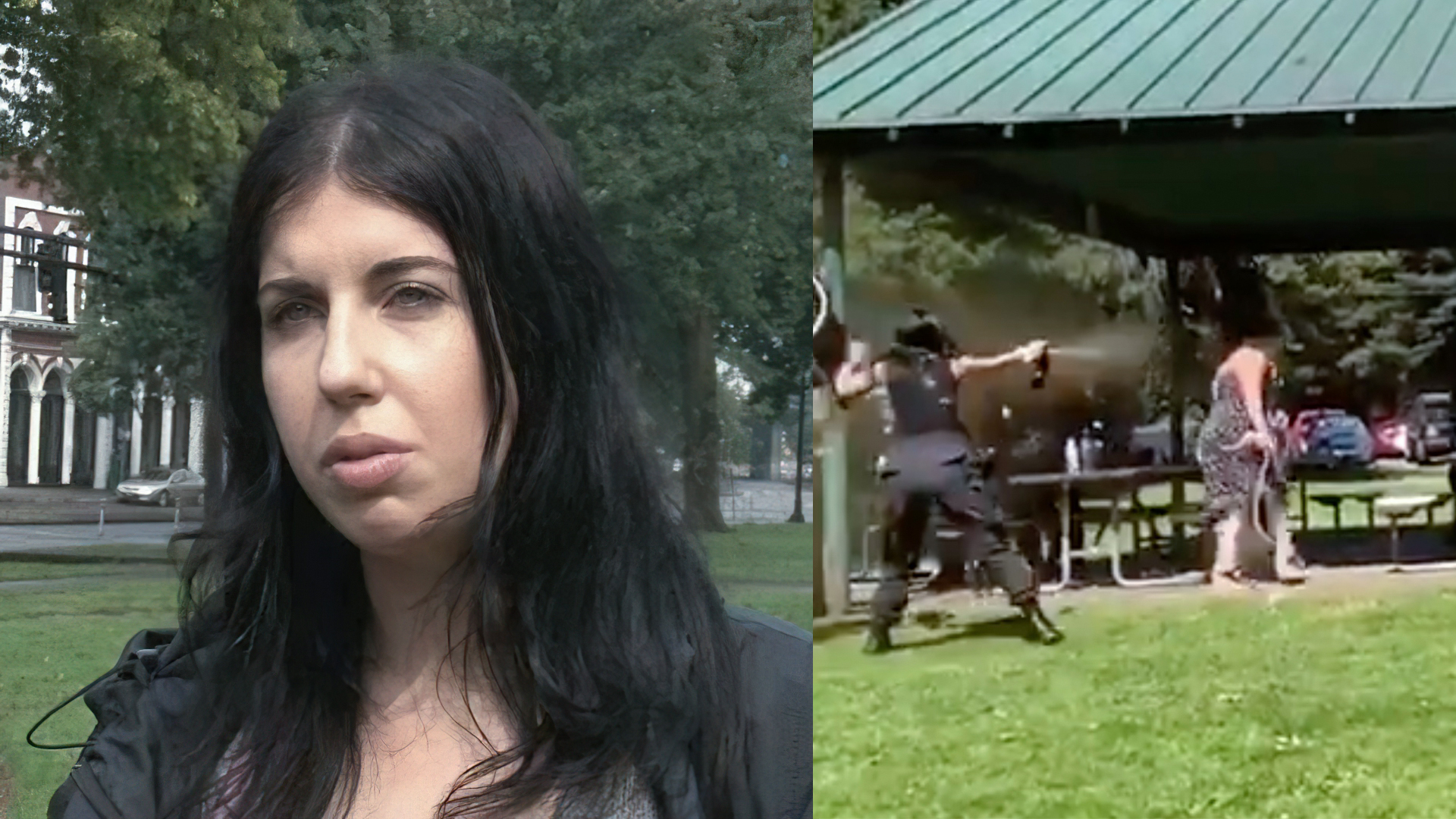 On June 18, right-wing and conservative activists held what they called a voter registration drive in Clackamette Park, Oregon City. People wearing symbols of the Proud Boys were in attendance. Ahead of the event, Portland Antifa and far-left accounts on Twitter called for a counter direct-action. Clashes broke out when the far-left militants moved to assault the right-wing side, who had men in riot gear and shields acting as volunteer security.

Azar was captured on camera during the brawl rushing in to pepper spray a woman in heels and a dress standing in the park before getting knocked to the ground by a right-wing fighter in riot gear. From the Antifa side, a man shouted repeatedly to Azar: "Mace the female!"

The indictment of Azar, a regular at Antifa riots in Portland, nearly six months after the incident, is sending shockwaves across Antifa militants in the Pacific Northwest. Azar had previously been arrested and charged in March in Multnomah County, where Portland is, for her role in an Antifa riot, but her case was dropped by district attorney Mike Schmidt. Azar's current case is being prosecuted by the Clackamas County district attorney John Wentworth.

Azar identifies herself as a journalist, and has been inaccurately identified as such in news stories. She frequently talks about her Syrian background and has tweeted support of Syrian dictator Bashar al-Assad, who is accused of carrying out genocide against Syrians by human rights organizations. She also once posted about her concern that Jews in the "entire [entertainment] industry" might discriminate against her.

Fellow Antifa members on Twitter have been fuming that video footage shot by a comrade, Melissa Lewis, was used in the case as evidence against Azar.

On Sunday, Azar admitted in a series of Twitter posts to being indicted, days after Ngo reported it out. She asked the public for money and said she would be putting up a crowdfunding campaign for her legal fees. "The stress has been debilitating," she tweeted. "I have links in my bio if you want to subscribe to my patreon and help support that way."